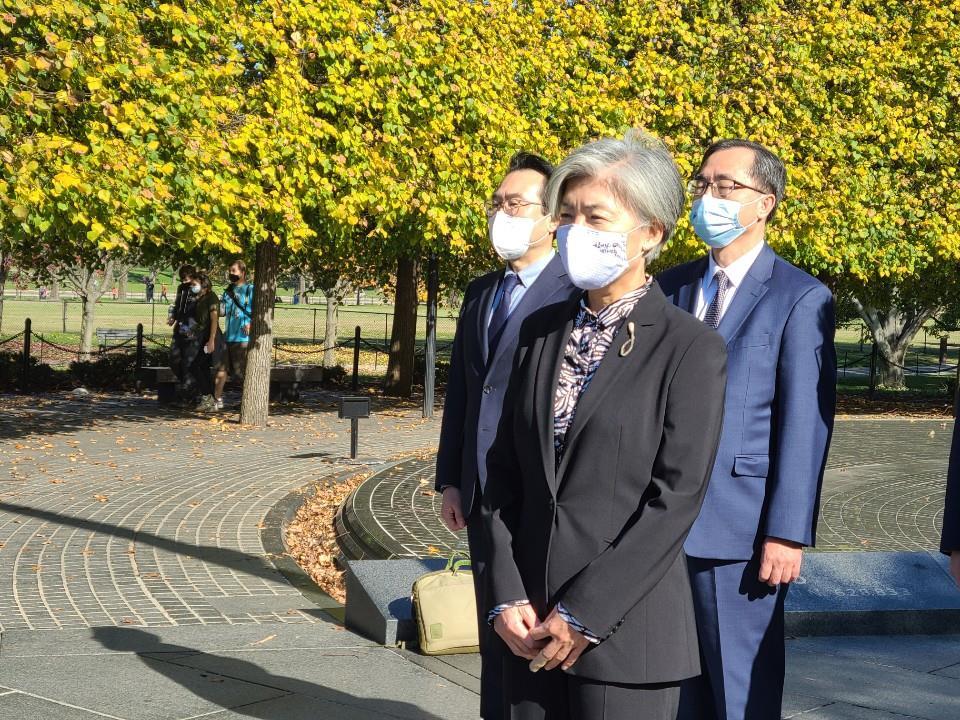 Kang made the remarks to reporters on Sunday (US time) after visiting the Korean War Veterans Memorial in Washington. Seoul’s top diplomat is in the US capital through Wednesday for talks with her counterpart, Secretary of State Mike Pompeo, about pending bilateral and regional issues.

“According to remarks from those close to Biden that have been made publicly, I don’t think the (Biden administration) will return to the strategic patience approach,” she said. “I believe (we) must continue to build on the progress and outcome we have seen over the past three years.”

Kang added that it was too early to make predictions on specific issues.

Strategic patience refers to the former Barack Obama administration’s policy of gradually increasing sanctions on Pyongyang and waiting it out until the North gives up its nuclear weapons program. Some critics said Biden, who served as Obama’s vice president for eight years, could opt for a similar systematic, step-by-step approach in dealing with the North, raising concerns that Seoul would have little room to push for engagement.

Biden’s foreign policy adviser Brian McKeon, who served as principal deputy undersecretary of defense for policy during the Obama presidency, said in an interview with Yonhap News that the president-elect’s policy on North Korea would certainly be different from that of either the Trump administration or the Obama administration.

“Joe Biden is not President Obama, and the world is different now four years later because the North Korean nuclear program has moved on, and we will have to assess the situation that he inherits and then develop the strategy, and we know we can’t go back to January 2017,” he was quoted as saying.

During her stay in Washington, Kang is also expected to meet with Biden’s advisers, though she declined to provide details. She is also planning to meet people working in the US Congress and in academia to create opportunities to further strengthen the Korea-US alliance.