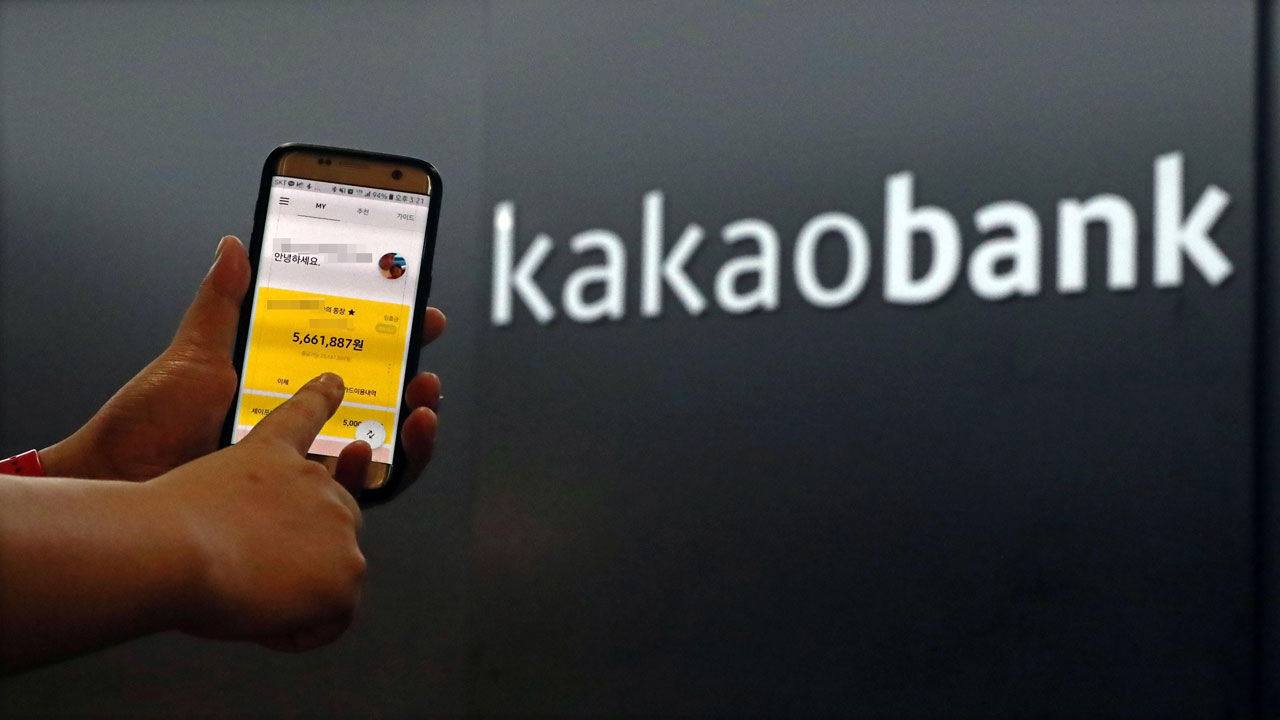 A Kakao Bank subscriber uses the online bank’s mobile application. (Yonhap)
Ahead of its initial public offering, South Korea’s leading internet-only bank Kakao Bank said it logged its highest net profit in the third quarter this year, mainly due to a turnaround in noninterest business.

Net profit came to 40.6 billion won ($35.96 million) in the July-September period, up by 600 percent from a year earlier, when it marked 5.6 billion won. The third quarter‘s figure grew by 1.5 times from the second quarter’s result of 26.8 billion won.

The company attributed the stellar third-quarter performance to an increased fee from noninterest business by partnering business such as opening securities accounts and issuing credit cards.

The firm’s interest income marked 107.9 billion won, up 9.4 billion won from the April-June period, with fee income recording 4.1 billion won. Its net interest margin recorded 1.64 percent as of end-September, according to the online lender.

In September, the internet-only bank made its market debut plans official. It has not yet decided when or where to list its shares -- on the main bourse Kospi or the tech-heavy Kosdaq -- or the size of the offering. While the listing is expected to go ahead as early as next year, the company will select an underwriter by the end of this year.