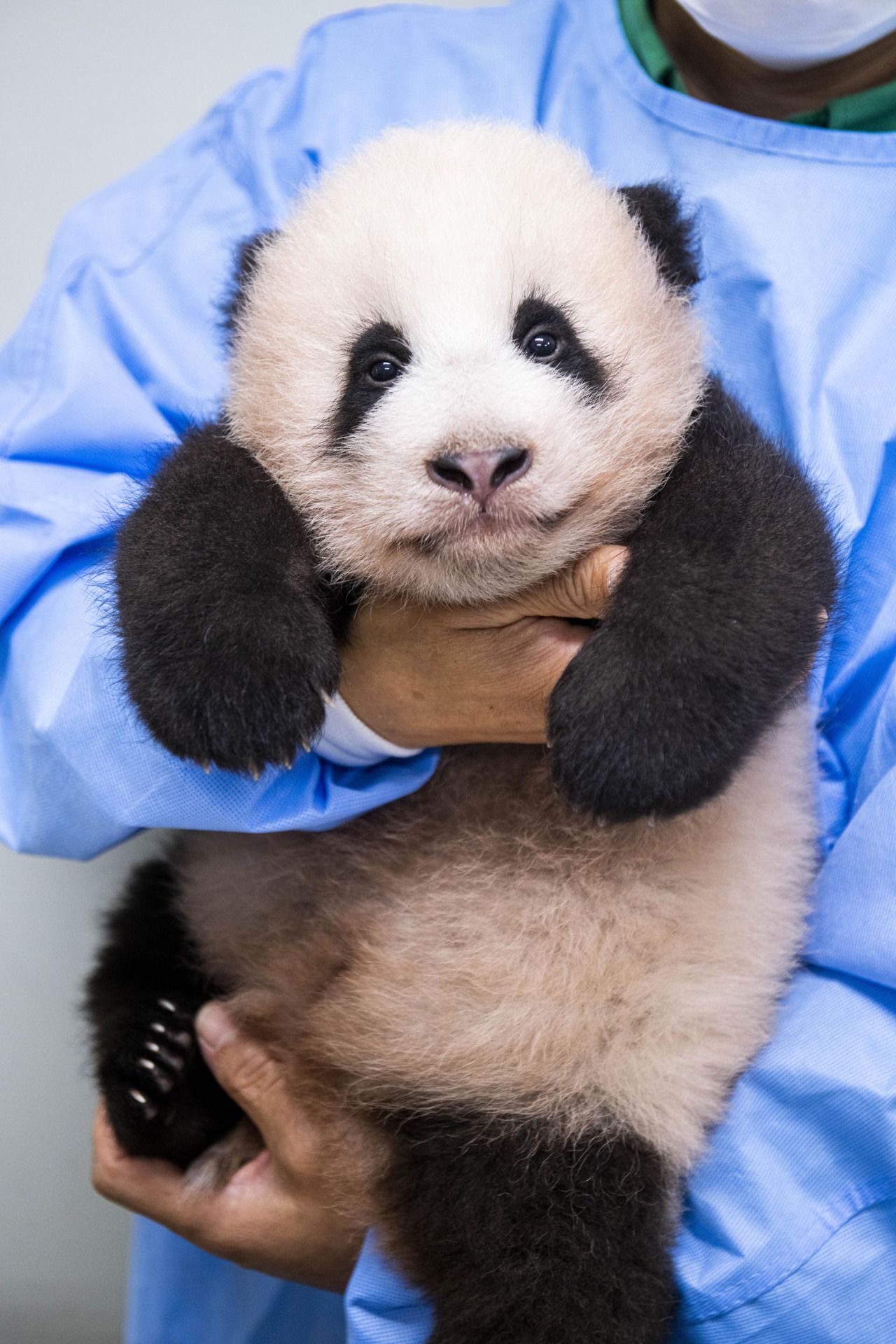 Fu Bao (Everland)
The first panda cub born in South Korea has been named Fu Bao 100 days after her birth, according to Everland, a theme park under Samsung C&T, Wednesday.

The female panda cub was born July 20 at Everland in Yongin, Gyeonggi Province.

Fu Bao is a Chinese name, meaning a treasure that brings happiness. The name was selected by 50,000 people who voted both online and offline. It is an international custom to give a panda cub a Chinese name some 100 days after birth.

According to Everland, pandas are normally born in an underdeveloped state, weighing under 200 grams. Due to their low birth weight, their survival rate is low.

“We thank Fu Bao, who has stayed in good health over the past 100 days, and Ai Bao for looking after her cub well,” said zookeeper Kang Cheol-won, who is in charge of panda care at Everland.