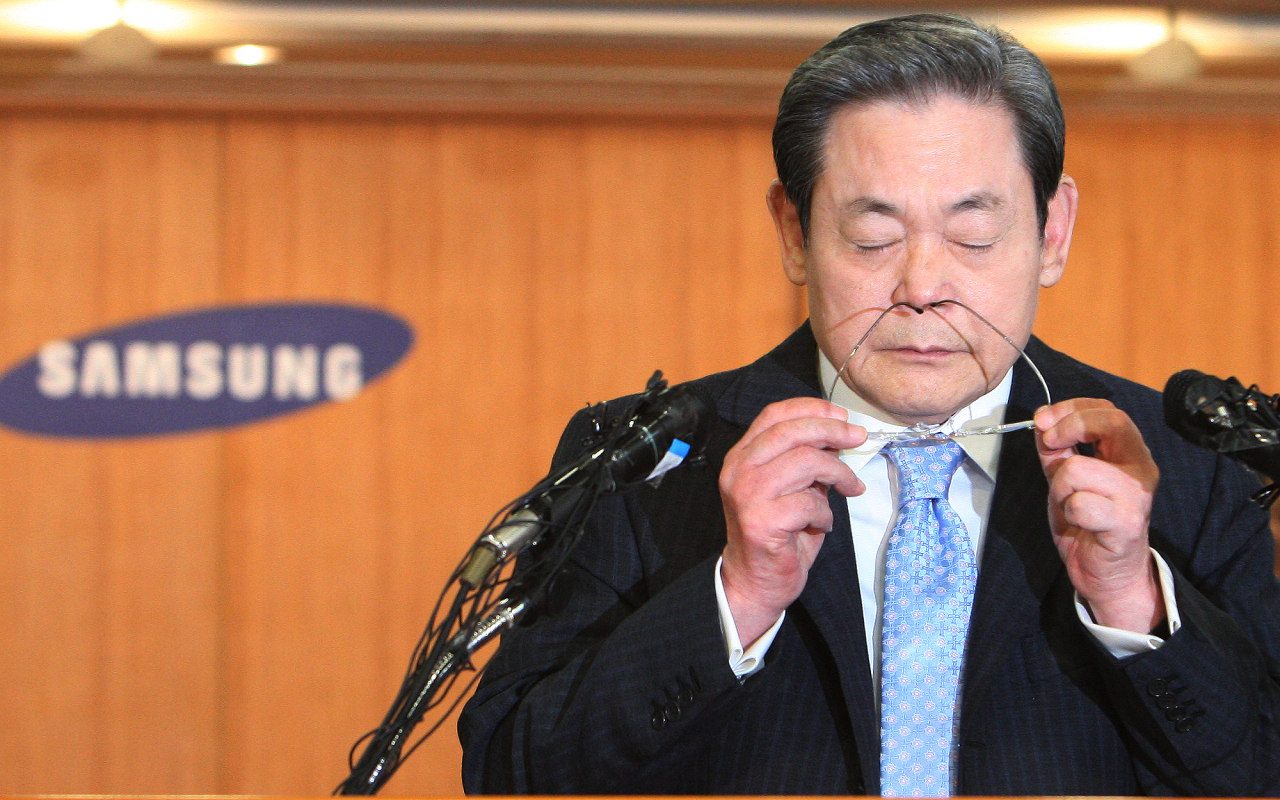 Late Chairman Lee’s personal fortune in the form of stocks -- subject to a handover to the families -- was worth a combined 17.7 trillion won ($15.6 billion) as of Thursday’s market closing, according to data from financial market information tracker FnGuide.

While Samsung Group has yet to unveil the deceased leader’s will or his plan to bequeath the assets, Korean law stipulates that Lee Kun-hee’s spouse Hong Ra-hee, elder son and Samsung Electronics Vice Chairman Jae-yong and sisters Boo-jin and Seo-hyun should be the beneficiaries, among whom the spouse’s share will be 50 percent larger than those of the siblings.

As of Thursday, Lee Jae-yong’s stock holdings were valued at a combined 7.3 trillion won, while those of Hong came to 3.2 trillion won. Lee Boo-jin and Seo-hyun each held some 1.7 trillion won in shares.

For over a decade, Lee Kun-hee was the wealthiest business magnate by stock holdings, even after he was hospitalized in 2014 following an acute heart attack. Chairmain Lee was the nation’s richest in stock assets, followed by former Hyundai Motor Group Chairman Chung Mong-koo and Kakao Chairman Kim Beom-su.

Even after the inheritance takes place involving tax payment, the Samsung family members are expected to remain on the nation’s stock-rich list, as Lee Jae-yong’s combined value in stock holdings will reach 9 trillion won, and Hong will stand at 5.7 trillion won, exceeding that of Hyundai Motor’s Chung at 4.5 trillion won and Kakao’s Kim at 4.3 trillion won -- all by market value as of Thursday.