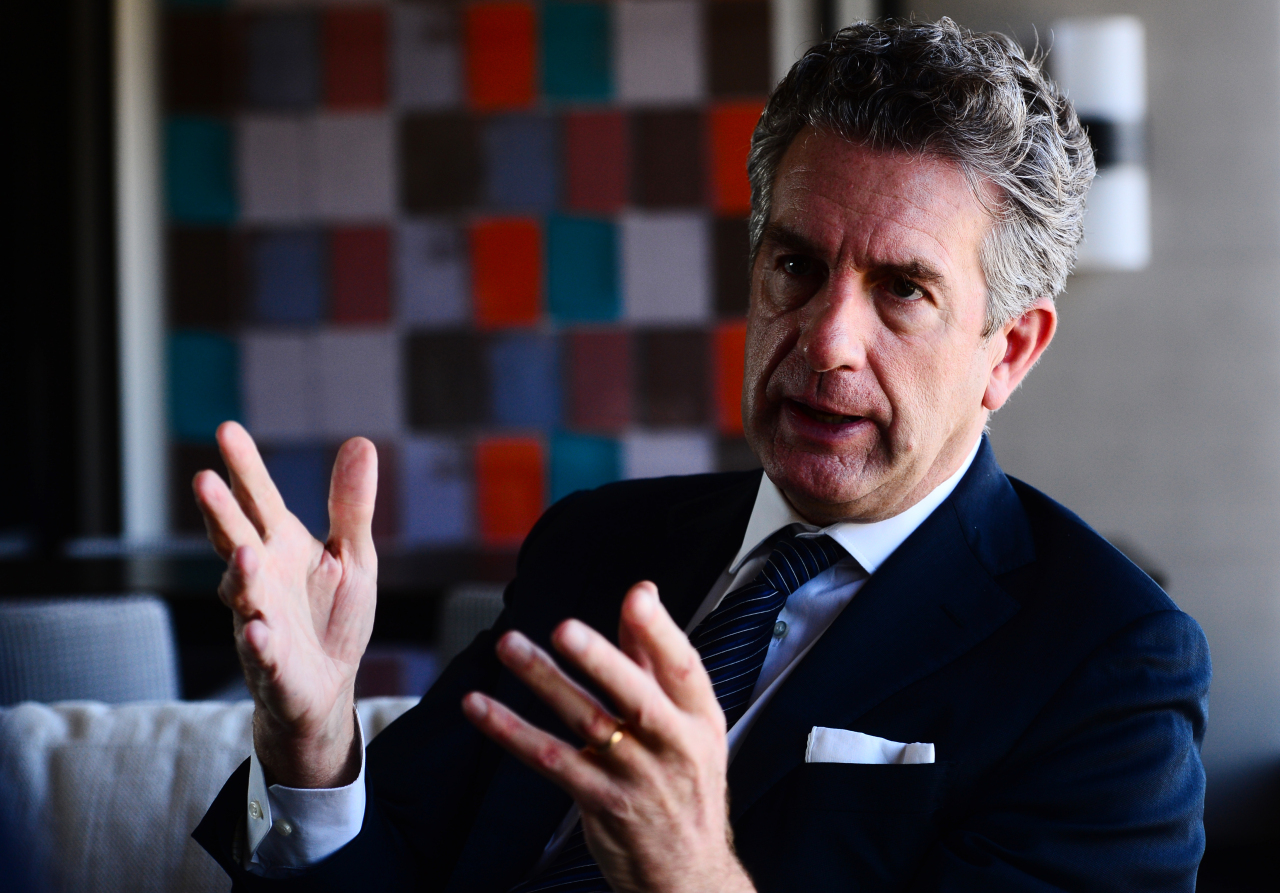 The move, announced in July after China passed the new National Security Law in June that threatened the safety of reporters in Hong Kong, is expected to be completed by the middle of next year, Dunbar-Johnson said in an interview with The Korea Herald on Thursday at the Grand Hyatt Seoul.

“Digital editing team, the Asia editor will be based in Seoul and we will have a number of reporters here as well. In total about a dozen reporters by the end of this year roughly, and eventually I think we can have up to 35 people although we have a capacity for 50,” he said. “Seoul will become our de facto Asian headquarters.”

Dunbar-Johnson considers this a permanent move.

“We think Seoul is a great place to cover the whole region,” said Dunbar-Johnson. He also foresaw greater coverage of Seoul as a result of the move.

“I think one of the inevitable collateral benefits is that we will end up having more coverage of Korea. Not just geopolitical coverage but also cultural coverage. Korea is an interesting market for food, the arts, heritage, Korean music culture, film, design among others,” he said.

“I wouldn’t be surprised if we continue to expand in the region here. We are investing a lot in our journalism,” said Dunbar-Johnson. “If we are going to add more reporters, it will more likely be here than elsewhere.”

The New York Times has been investing in journalism along with its online transition as it looks into the future.

“The three things -- the pillars -- on which we build our strategy are journalism (first and foremost), understanding the customer, and investment in technology,” he said.

“Our newsroom is bigger than it has ever been before at 1,700. But the composition of our newsroom is different than how it was 10 years ago. We have many more journalists focusing on graphics, for example,” he said. “Our model is to continue to invest in journalism. We believe that will allow more people to come and subscribe to us,” said Dunbar-Johnson.

Quality journalism, according to Dunbar-Johnson, contributed to the success of its podcast, the Daily, in drawing new subscribers to the New York Times. “It is an effective branding tool,” he said, that gives the paper access to younger people and to more women.

“Investing in the journalism allows you to find different ways to monetize that journalism,” said Dunbar-Johnson.

He also stressed the importance of investing in engineers to make the user experience the best it can be and advised making readers register to help the paper understand its customers.

So far, the strategy has been a success.

“We have digital subscribers in pretty much every country in the world,” he said.

In the second quarter of 2020, digital revenue surpassed paper revenue for the first time in New York Times history with over 6.5 million subscribers, of whom over 5 million were digital subscribers.

Many predicted the rise in technology would be the death of press companies, but Dunbar-Johnson sees things differently.

“For too long, the world of journalism has seen technology as the great disrupter of journalism. It’s our inability to find ways to monetize that is disrupting the media industry. Technology is a big enabler,” he said.

Korean newspaper companies have yet to find efficient ways to monetize and have been relying on advertising and print subscriptions as their main sources of revenue. Online news in Korea is mostly free.

“It’s not that easy to go from free to pay. … I think what’s really important is that you find ways of doing it because the old one doesn’t work. All of the Korean media industry needs to come together and start addressing this because it is a collective issue for all of you. You need to also talk to the platform (Naver),” he said. “If you are creating the content they are monetizing, why are you getting so little of the pie?”

As for the print newspaper’s prospects, he emphasized its changed role.

“It’s more of a daily magazine for us. I don’t go to newspaper for breaking news, I go to newspaper to understand the news. And that’s the role I think a newspaper should have today,” said Dunbar-Johnson.

“I can see the demise of print newspaper happening but I can equally see it hanging on. The question will be what makes sense economically. As long as there is a viable economic model for print, it will exist.”