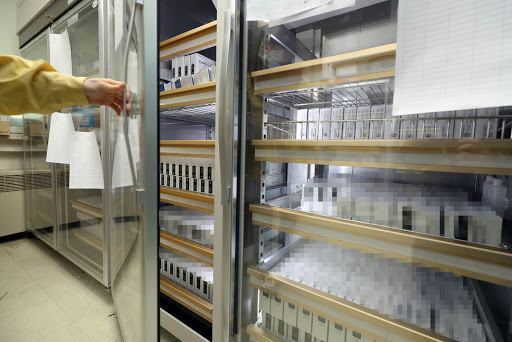 (Yonhap)
South Korea's health authorities said Thursday they have found no direct link between flu shots and deaths, urging people to get flu vaccinations before the onset of winter amid the coronavirus pandemic.

Public concerns about the safety of flu shots in South Korea remain high, as at least 72 people, mostly elderly in their 70s and 80s, have died after getting flu shots.

However, health authorities have pressed ahead with the nationwide flu vaccination program, citing autopsy results that found no direct links between flu shots and deaths.

Of the 72 deaths, there was no direct link to flu shots in 71 cases, the Korea Disease Control and Prevention Agency (KDCA) said in a statement. A probe has been under way for the remaining death.

Health authorities said they are closely monitoring any possible links between vaccines and deaths, given that a total of 1,551 people had reported side effects as of Wednesday after getting the shots this year.

Public anxiety over the safety of flu vaccines has surged after some vaccine bottles under the country's free inoculation program were exposed to room temperature during shipping. The authorities, however, said there was no safety issue.

The country has been pushing for a free state flu shot scheme to inoculate around 19 million people, including teenagers and senior citizens.

The free vaccination program -- which was expanded this year in an effort to prevent the potential "twindemic" of COVID-19 and flu during winter -- was joined by five major drugmakers, including GC Pharma and Ilyang Pharmaceutical Co.

Generally, the flu season arrives between end-November and December. Considering that flu vaccines cause antibodies to develop in the body about two weeks after vaccination, experts here recommend people get flu shots by mid-November. (Yonhap)