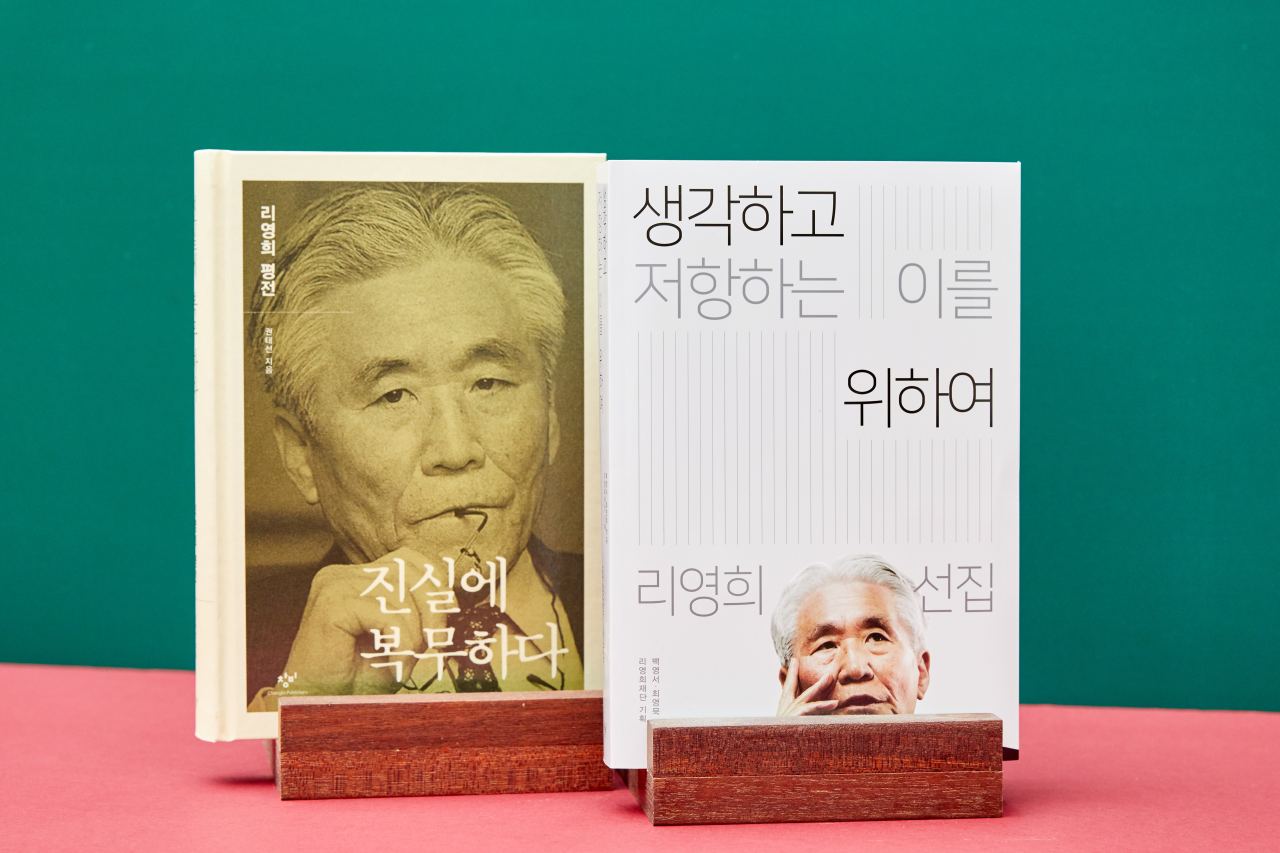 “Serving the Truth” by Kwon Tae-sun (left) and “For Those That Think and Resist” by Baek Young-seo and Choi Young-muk (Changbi Publishers)
Changbi Publishers announced the publication of two books commemorating the 10th anniversary of the death of Rhee Yeung-hui in a press conference on Tuesday.

“Serving the Truth,” a critical biography of Rhee by Kwon Tae-sun, and a selection of Rhee’s literary work, “For Those That Think and Resist” by Baek Young-seo and Choi Young-muk, examine the life of the journalist and scholar and his legacy.

Rhee was a journalist and an outspoken social critic who was not afraid to speak his mind during successive authoritarian regimes. Born in 1929 in North Pyeongan Province of what is now North Korea, Rhee lived through the Japanese colonization and the Korean War during which time he and his family fled to the South. He built up a career as a journalist and a professor during a period of rapid economic growth in Korea.

Rhee is credited with setting straight “distorted” facts about international affairs, such as facts about the Vietnam War and Korea’s relations with China, Japan and the US in the 1970s. President Moon Jae-in has said multiple times that Rhee’s “Logic for an Era of Transition” is his all-time favorite book.

Unbending in his criticisms of the authoritarian government, he was imprisoned and removed as a college professor multiple times for his outspoken actions. Many credit Rhee with promoting democracy in Korea, but there are those who criticize some of Rhee’s views, such as his defense of China’s Cultural Revolution. 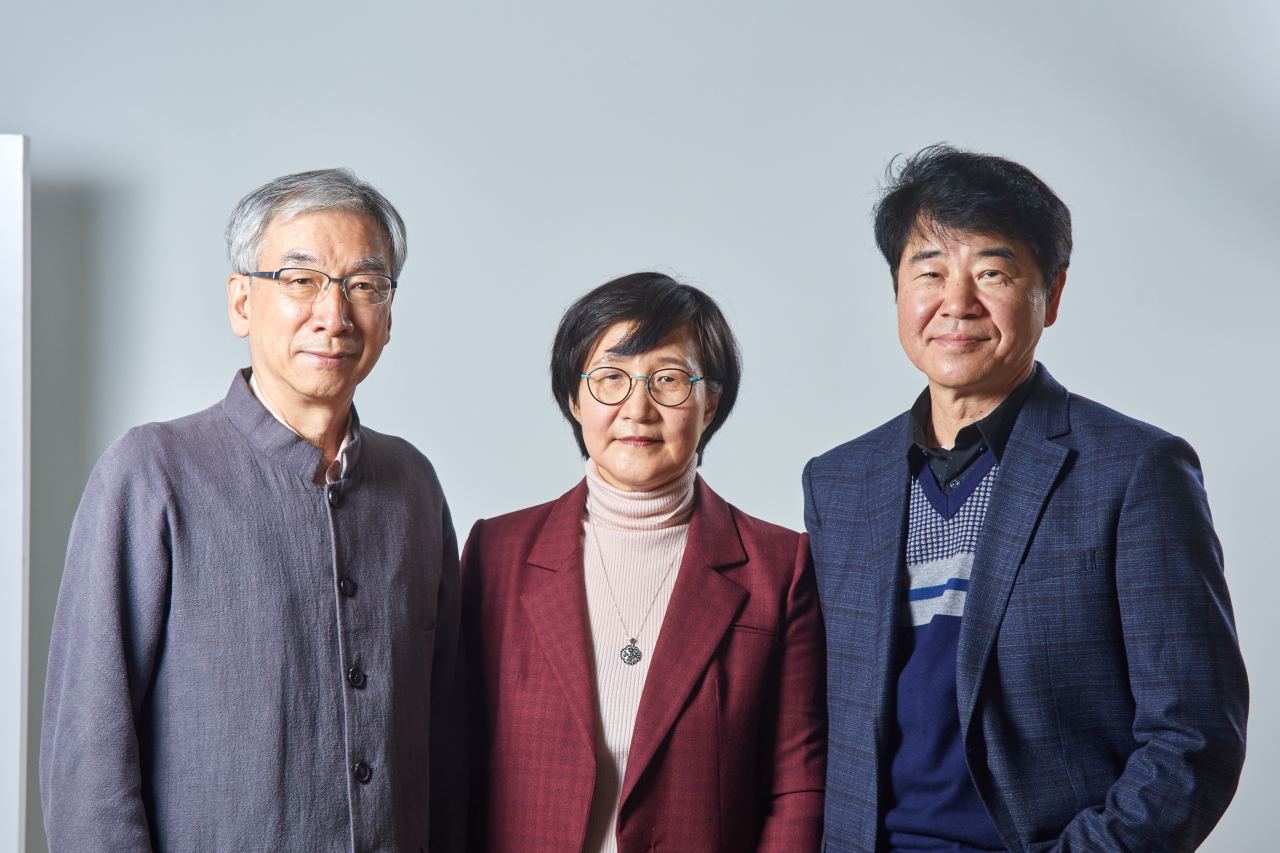 Authors Baek Young-seo, Kwon Tae-sun and Choi Young-muk (left to right) at Tuesday’s press conference (Changbi Publishers)
“When I read ‘Logic for an Era of Transition Era’ published in 1974, it felt like an earthquake had erupted inside my head,” said Kwon on Tuesday. “This critical biography began by searching for where the courage to speak the truth during the Cold War and authoritarian era came from.”

Choi thought reminding Rhee’s contemporaries of Rhee could lead them to harness new values for the present day. For the new generation unfamiliar with Rhee, Choi wants them to not just know that someone called Rhee existed, but that his values and ideals are still meaningful to us today.

“Rhee himself said that he wants an era when his writing is no longer needed,” said Baek, the President of Rhee Yeung-hui Foundation. “The reason why I say that his work is still alive is because the problems that Rhee talked about are still present today.”

The publication of the two book is part of an ongoing series of events by the Rhee Yeung-hui Foundation commemorating Rhee. Other events planned for the year include a symposium on Nov. 6 and book report contest for the two published books, ending with the Rhee Yeung-hui award on Dec. 3 to the individual that pursues the truth without fear of oppression.