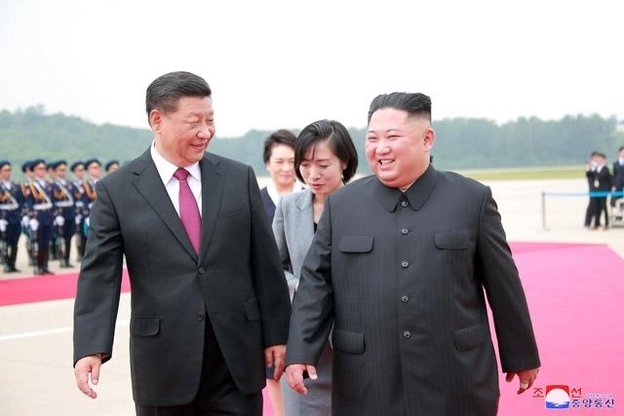 North Korea spoke of its strong ties with China and expressed hope of strengthening bilateral relations further as the two countries marked the 70th anniversary of China’s participation in the 1950-53 Korean War, the North’s official newspaper said Sunday.

The Rodong Sinmun, the mouthpiece of the country’s ruling Workers’ Party, ran a special report to honor China for its role in the Korean War, recalling how Chinese troops crossed the border into North Korea on Oct. 19, 1950, to help Pyongyang in its fight against the US-led United Nations and South Korean forces. China decided to commemorate the anniversary on Oct. 25, the day that its military won its first battle.

The North’s paper stressed that the two countries’ “special” relationship had proved its great strength during times of severe crisis.

It added that Pyongyang would further develop North Korea-China relations so that the “world would envy” and advance socialist achievement through friendship and solidarity.

North Korean leader Kim Jong-un sent baskets of flowers to China on Friday to pay tribute to the Chinese soldiers who died in the Korean War, according to the Korea Central News Agency. The previous day, he visited a cemetery in the North’s South Pyongan Province and paid his respects to the fallen Chinese soldiers who are buried there.

Recently Pyongyang has spoken highly of its friendship with its traditional ally China more and more frequently, amid a deadlock in nuclear negotiations with Washington.

Last week, Kim pledged to “further consolidate and develop the traditional DPRK-China friendly relations” in his response to Chinese President Xi Jinping, who sent a letter to Kim earlier this month to congratulate the North on the 75th anniversary of the founding of its Workers’ Party. DPRK stands for the North’s official name, the Democratic People’s Republic of Korea.