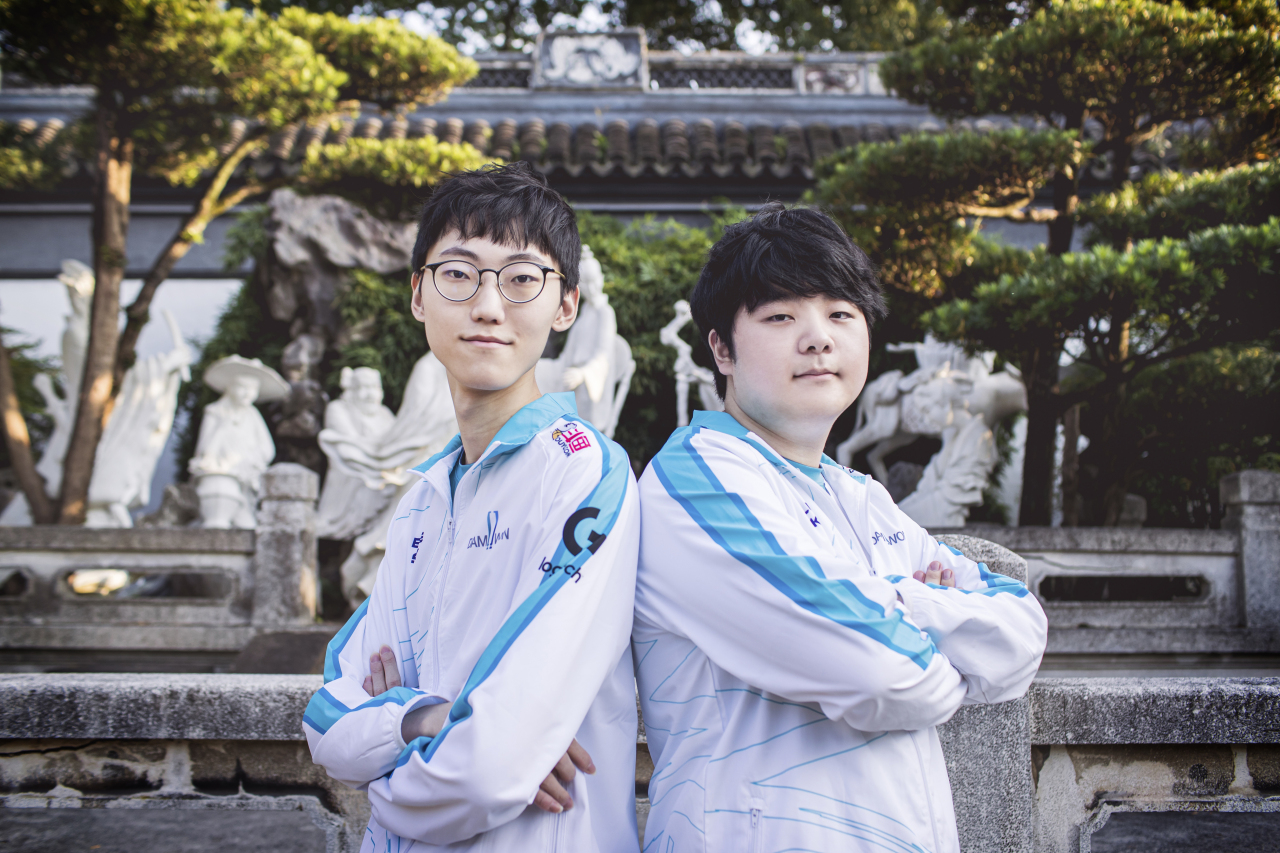 Nuguri (left) and Canyon of Damwon Gaming (Riot Games)
The first game of the semifinals for the League of Legend World Championships will feature Korean top seed Damwon Gaming against European first seed G2 Esports on Saturday at 7 p.m.

The match will decide which of the two regions will be knocked out of the tournament and which will head to the finals.

Damwon Gaming went undefeated in the second round robin of the LoL Champions Korea Summer, going 9-0 in match score and losing only one set against Gen.G.

They’ve dropped a single game on the red side against China’s JD Gaming, going 8-1 in Worlds so far. They are also on a 20-game winning streak on the blue side since a loss to FunPlus Phoenix at the Mid-Season Cup on May 28.

The team on the blue side has the ability to choose a champion first, while the team on the red side can counter the blue side’s picks. In a meta where there are only a few top-tier champions, especially in the jungle, the first pick priority gives an edge.

This is true especially in matches between the top teams.

When the two semifinalists G2 and Suning clashed three times in the group stage, including the tiebreaker, the team that got blue side won all three games. The blue side team also won both games when Damwon Gaming played China’s second seed JD Gaming in the group stage.

For the quarterfinals, the team with the higher seeding from the group stage got to choose which side they wanted to play for the first match in the best-of-five series. The loser of the games got to choose the side for the following match.

All four teams that made it out of groups as the first seed chose the blue side. Furthermore, when the losing team was given the choice for the next match, only Gen.G chose to play one game on the red side, when they were down 0-2 from the blue side. All the other teams opted for blue.

In the semifinals, side selection for the first game is chosen by a coin flip, usually a day prior to the event.

Such a crucial factor to the series coming down to chance seems odd.

In the LCK playoffs, the team with a higher placement in the regular season gets side selection for odd games while the lower team chooses for the even ones. This rewards better performances in the regular split.

While there is no data between the teams meeting in the semifinals, alternatives methods to a coin toss exist in determining side selection priority. For example, the LoL Championship Series of North America has a system where the team with the lower total game time gets side selection if the head-to-head standings are equal. Although different drafts can call for different strategies and hence different game times, a fast victory reflects a dominating performance by the winning team.

How much an impact side selection has on Saturday’s and Sunday’s matches remains to be seen.