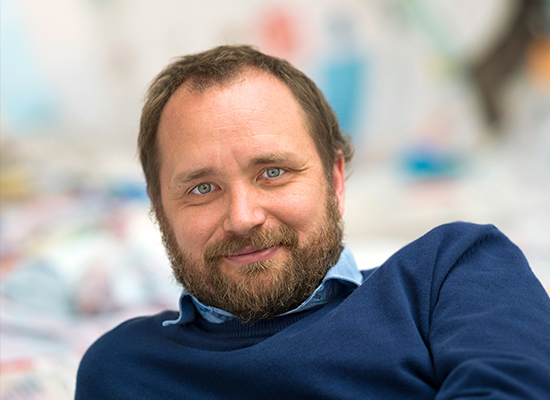 Tomas Saraceno
Tomas Saraceno, an architect and artist from Argentina, uses an analogy of dreams to explain the elusive concept of utopia.

Saraceno, who will join the Herald Design Forum 2020 slated for Thursday as one of keynote speakers, said that utopia, though as changeable as a dream, is “something that is supposed to be better.”

Saraceno said he wants to dream with other people because he believes people need to better understand habitat and non-human life in order to fully grasp and think about a whole utopia.

“When we think about the utopia of a certain society, or for humans, it might really be a dystopia for others,” he said.

Saraceno seeks a way to embrace a larger way of thinking so that people do not destroy the utopia of other species as a means to achieve a certain utopia for human society. For instance, he tries to stay aware of the other forms of life he shares his house with, such as bacteria and spiders.

Saraceno studied and majored in architecture at Stadel Institute of Art in Frankfurt, Germany. He freely explores in the fields of art, architecture and natural sciences to create artwork depicting the idea of utopia. He dreams of a utopia that encompasses the well-being of various species, including the humans, where they can coexist and prosper. 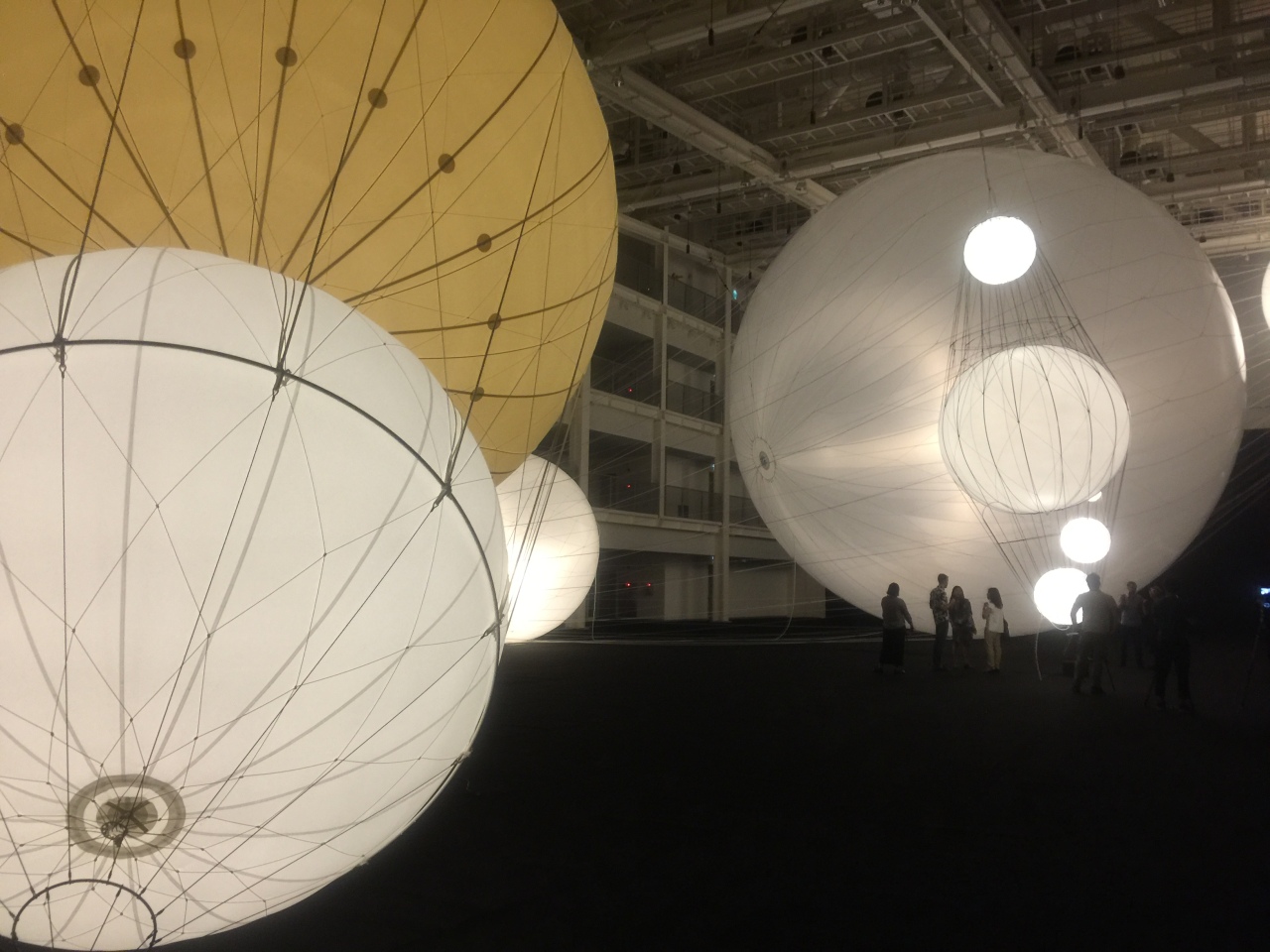 Tomas Saraceno, Our Interplanetary Bodies (2017) on display at the Asia Culture Center in South Korea (Herald DB)
Symbiosis is an important topic for Saraceno. His emphasis on symbiosis is well-reflected in his exhibition “Arachno Concert,” in which he collaborated with actual spiders.

He shone light on spiders which reacted to the frequencies. The webs they made while doing this caught dust particles, which turned those webs into three-dimensional sculptures.

These sculptures were then put on display. Saraceno incorporates the works of other organisms as a part of art and thus captures the value of his interpretation of symbiosis through these projects.

He emphasized the importance of solidarity during the pandemic period. “When you are in an airplane flying and there is a message that tells you, in the case of an accident, first help yourself and put the mask on you and then help the kid next to you,” he said, connecting this idea with dealing with the COVID-19 pandemic. “But for me it’s always first I need to help the person who is next to me because it is my responsibility. But if you cannot breathe, you will not be able to help the other.” Saraceno believes that this view can help us survive together through the pandemic era.

The “Aerocene Pacha” project expresses his value of solidarity. It was launched in January this year and took place in a salt desert near Buenos Aires, Argentina.

Twenty-two contemporary artists and curators from five different cities around the world -- London, Berlin, Buenos Aires, Seoul and New York -- came together to express the philosophy that BTS pursues. The philosophy revolves around diversity, connection and communication through modern art.

Saraceno portrayed “Aerocene Pacha” in the form of giant hot-air balloons that functioned solely on solar and wind power, without the use of any fossil fuel or helium gas.

The name of the project “Aerocene Pacha” is derived from the concept “Pacha” that comes from the worldview of the Inca Empire. This concept combines the idea of time and space from the depths of the earth and to the furthest reaches of the universe. Saraceno shared the message that life on earth not only consists of humans but it also interacts and connects with the universe. The flight records of “Aerocene Pacha” was livestreamed for a month via satellite broadcasting.

On the Connect, BTS project, Saraceno said, “Connect, BTS allowed me to connect with other people. … I’m happy to connect and extend and to have more friends around the world, which is very simple but at the same time it’s very important.”

He found it fascinating that such a young generation could be so politically engaged and said that it provided an opportunity to break out of comfort zones and provide to those who would have never been to a museum to see artworks by displaying projects in fields rather than inside museums.

Saraceno said that “If we manage to have 7 billion people, each of us, to have one friend more, and each of us are connected to a circle of friends, circle of animals, circle of plants and if each of us extend and connect a little bit more” we can better tackle the challenges such as the climate change and global warming through what he calls a “higher connection for the world.” 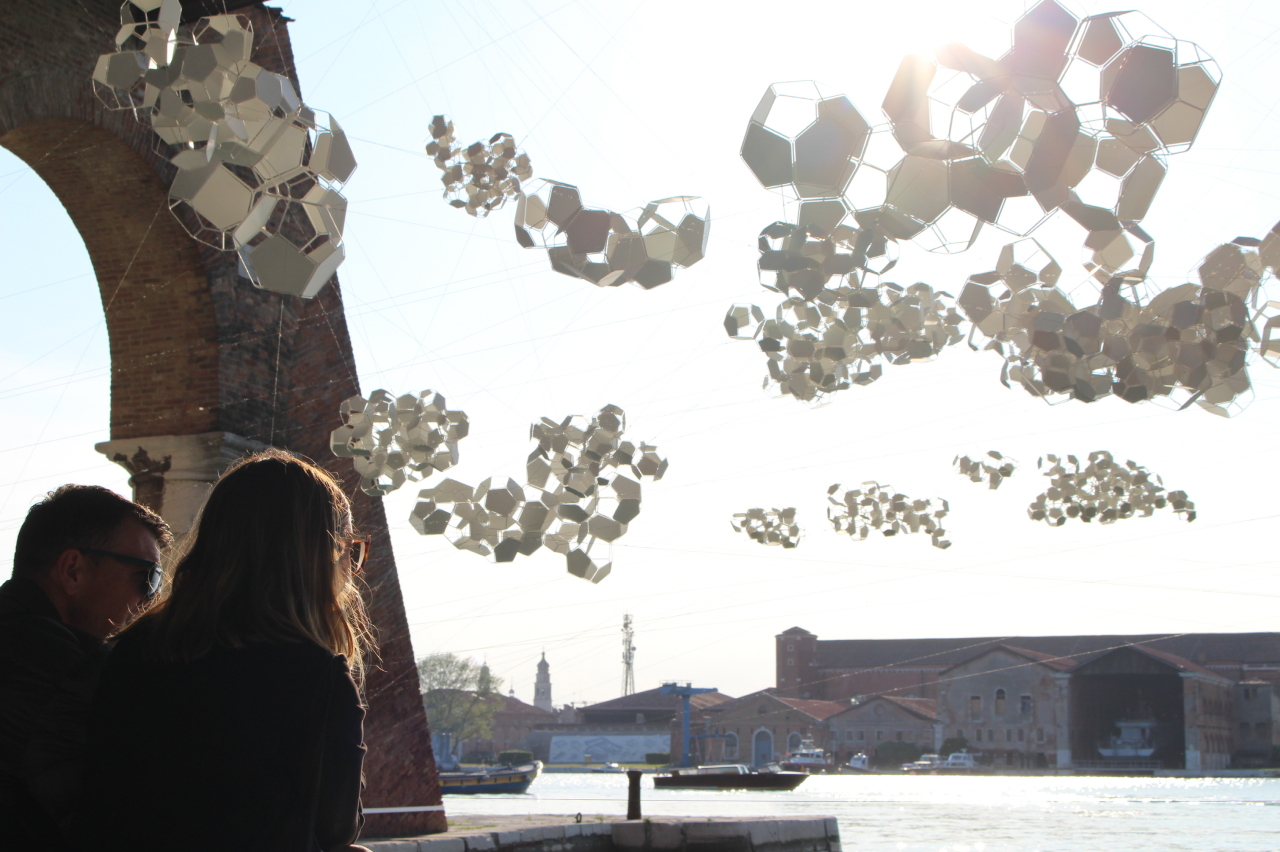 Tomas Saraceno, On the Disappearance of Clouds (2019) shown at the Venice Biennale (Herald DB)
Saraceno demonstrated the issue of global warming and rising sea levels during the 58th Venice Biennale in 2019 through his sculpture display of “On the Disappearance of Clouds.” The display consisted of unique cloud models of irregular 14-sided and 12-sided shapes. It was accompanied by music that mirrored the vibrations that altered the sea waves in the Adriatic Sea. It manifested the continuing global warming phenomenon caused by increasing carbon dioxide and other air polluting substances, further causing sea levels to rise and clouds to eventually disappear.