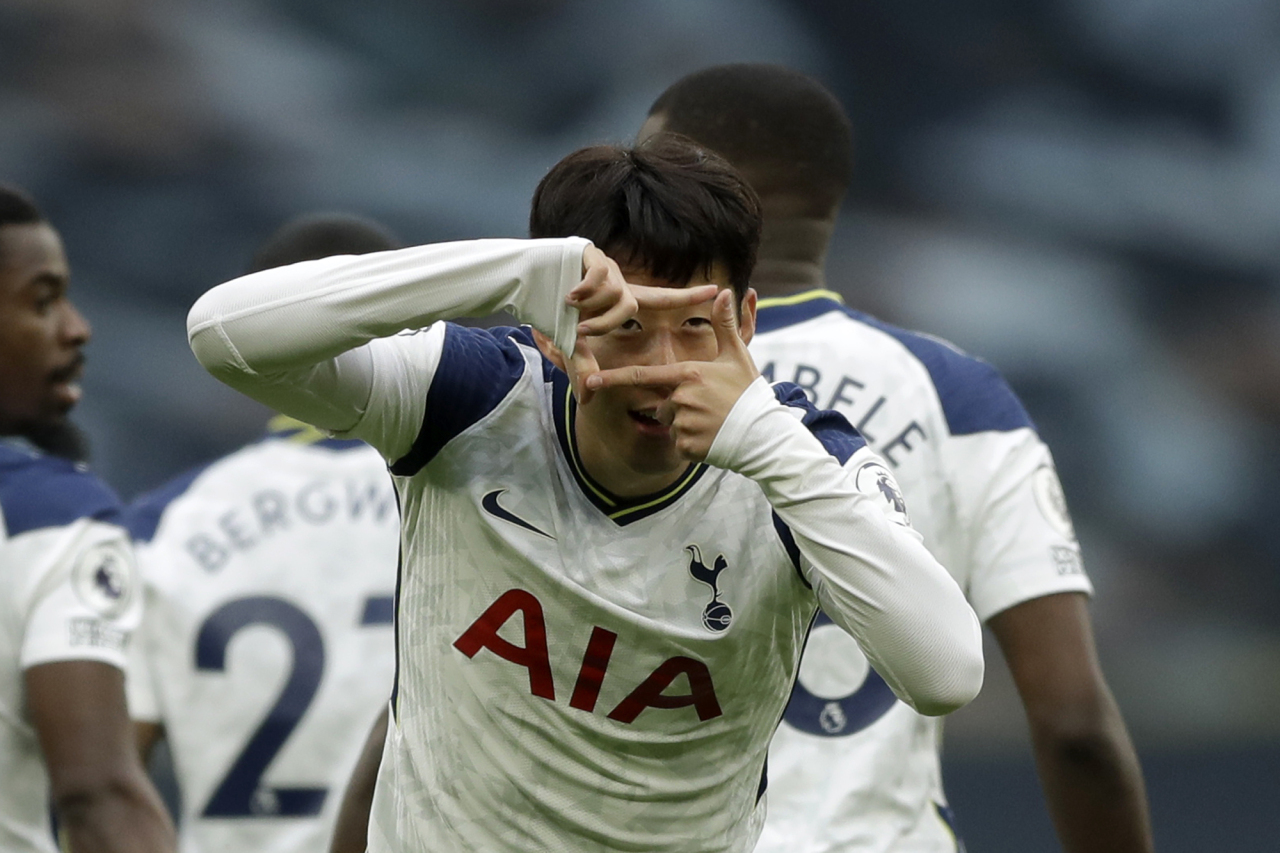 (AP-Yonhap)
Son Heung-min has found the back of the net again for Tottenham Hotspur to stay tied for the Premier League scoring lead, though his latest effort was overshadowed by the club's dismal second-half effort.

Fresh off an international break, the South Korean star picked up a goal and an assist within the first eight minutes of the Premier League match against West Ham United at Tottenham Hotspur Stadium in London on Sunday (local time). Son helped the Spurs open up a 3-0 lead at halftime, but the club frittered away that advantage and finished with a 3-3 draw.

West Ham United got three goals in the final 12 minutes, including an own goal by Tottenham's Davinson Sanchez.

Son now has seven goals and remains tied with Dominic Calvert-Lewin of Everton for most goals in the 2020-2021 season.

Son opened the scoring just 45 seconds into the match, taking a long feed from his partner in crime, Harry Kane, then cutting in to the center before curling one into the bottom corner.

Son returned the favor in the eighth minute, when he set up Kane on the edge of the box for a brilliant finish.

Kane then put the Spurs up 3-0 in the 16th minute, and they looked to be in complete control and on their way for an easy three points.

Instead, Tottenham allowed West Ham to creep all the way back, and Manuel Lanzini's goal during injury time evened up the score for a match that Son later said felt like a loss for his side.

The 28-year-old also said his team shouldn't lose at home when they score three goals first.

"The lads are devastated for the result. We think we deserved three points and played really well until the last 10 minutes. It's a shock," he told Sky Sports. "It should never happen, but it is part of football. We have to be focused until the referee's whistle. I don't want to feel this again. It is so sad for me."

Son and Kane have worked some special magic together since Jose Mourinho took charge of their club in November last year. Son (30) and Kane (33) have had a direct hand in more goals in all competitions than any other Premier League players in the past 11 months. (Yonhap)