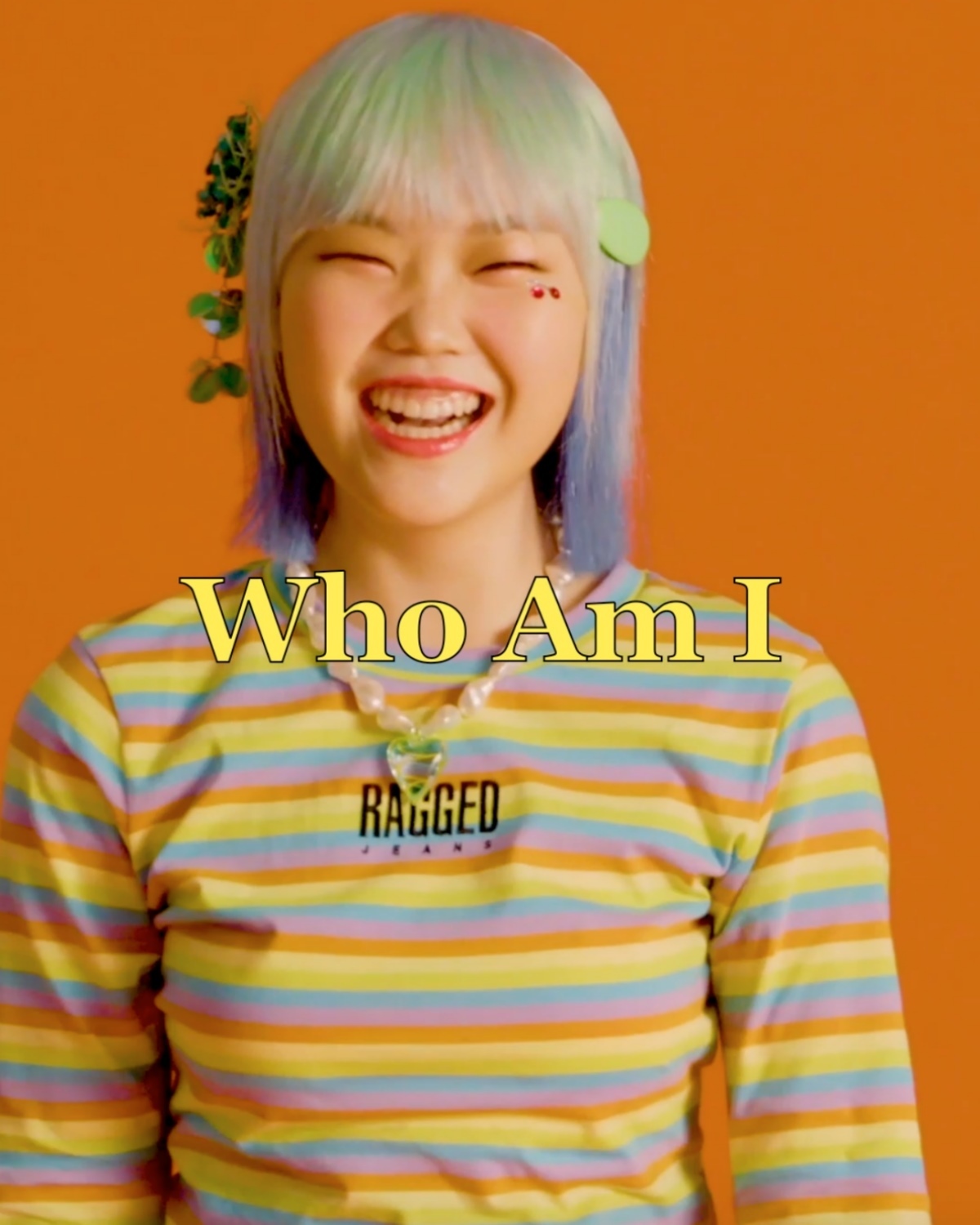 “Working as part of AKMU, I realized my musical preference was evolving, and feeling the change, I wanted to produce something of just my taste. That was how ‘Alien’ was born,” Suhyun said in an interview with The Korea Herald ahead of the single’s official release at 6 p.m. Friday.

“It’s full of unique yet peppy sounds. And I hope that, with the song, people not only realize what kind of color Suhyun resonates outside of AKMU, but also take the energy with them in times of difficulty.”

The 21-year-old explained ‘Alien’ tells the story of a mother who unbuttons a long-held secret to her daughter, who suffers from low self-esteem, in order to embolden the girl.

With bringing a positive influence on others as one her main goals as an artist, “Alien” in that sense touched her heart, Suhyun said.

“So, basically, the daughter is an alien that has this extraordinary power that could blow up this planet. Hearing the truth from her mom, the daughter gains courage and discovers her real identity as a super alien,” Suhyun said, adding, “For those of you who feel that you are worth nothing, why don’t you dig into your own secrets that could make you a super alien, and join the alien army with me to shake this world?” 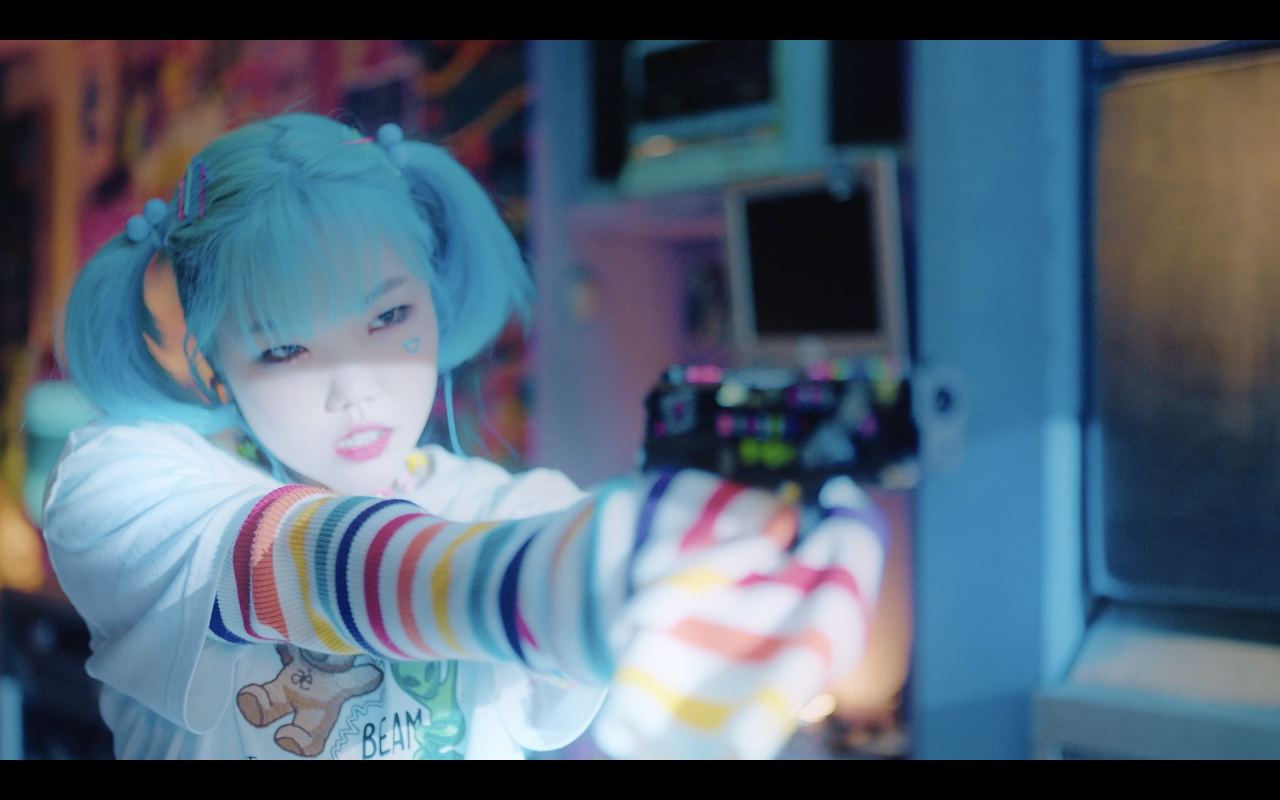 Scene from MV of Lee Suhyun's first single "Alien" (YG Entertainment)
While Suhyun may be going onstage without her brother Chanhyuk, the partnership continues, as Chanhyuk took charge of the production for his sister’s first solo single.

“My brother promised that the music will be of the utmost quality and put all other preparations in my hands to decide. Although he entrusted everything to me so that I could stand alone, he was always there beside me, ready to take my hands if I ever fell over. I was able to jump in alone with him on my back,” she said.

Thanks to such support from her brother, Suhyun said she took part in almost all of the meetings about her upcoming single and offered opinions on styling to even the smallest details in the music video.

“I dyed my hair in mint-color, and while I’ve never used colored lenses, I put on a different color in every scene of the music video this time. Although my eyes ached, it was fascinating to see the changing colors of my eyes on the camera.”

Making themselves known in 2012 through the second season of SBS’ audition program “Kpop Star,” Suhyun and Chanhyuk made their official debut two years later under the label YG Entertainment. With their unique voice and original lyrics, the duo made their way straight into the mainstream, topping charts and collaborating with big-name artists. Renaming the group AKMU, the siblings most recently released their third studio album “Sailing” in September 2019.

“The key was to differentiate my sound and image from those of AKMU’s. I wanted sing a song and take up a character that only I can sing and do. Production was halted or dropped several times in the process.” Suhyun said in speaking about her concerns ahead of her first solo single. 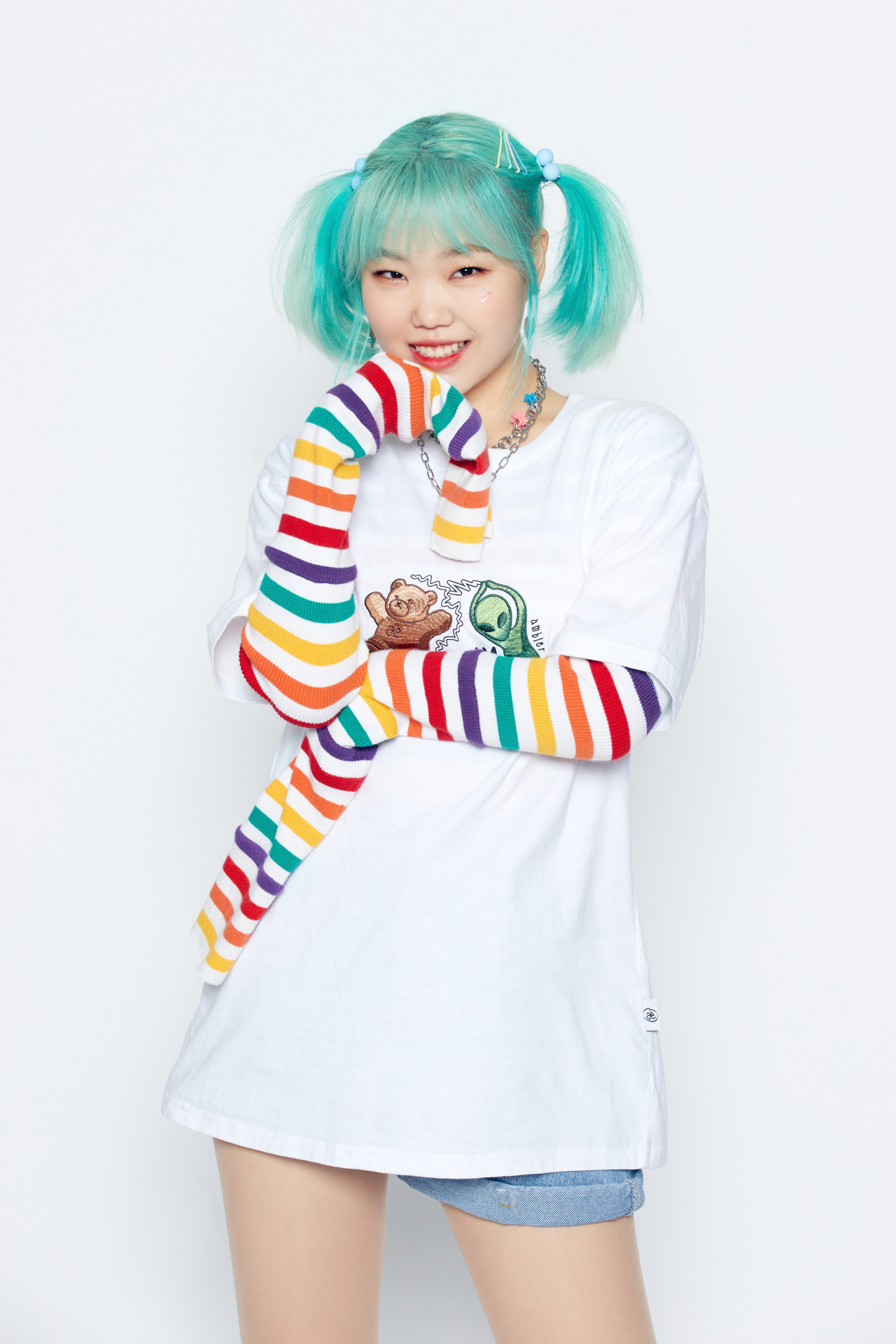 “Chanhyuk suggested I should try pop music since it would suit me best. ‘Alien’ was arranged into a dance pop track and I had to practice the choreography. Although he didn’t tell me directly, our acquaintances told me he’d said my dancing was not bad. He doesn’t know that I know but I felt good (in hearing his comments),” Suhyun said, adding she’ll be showcasing group dance - “like K-pop girl groups” -- with the solo single.

“I’m curious about how people would receive my solo single, since I’m going to be showing a completely different side of me unveiled until now, but I think confidence has kept me going fast.

About upcoming solo activities to follow, Suhyun said, “I can’t say for sure on anything since my thoughts change every day, but for now, my goal is to create albums and singles that could embody my current thoughts and colors, just like ‘Alien.’”