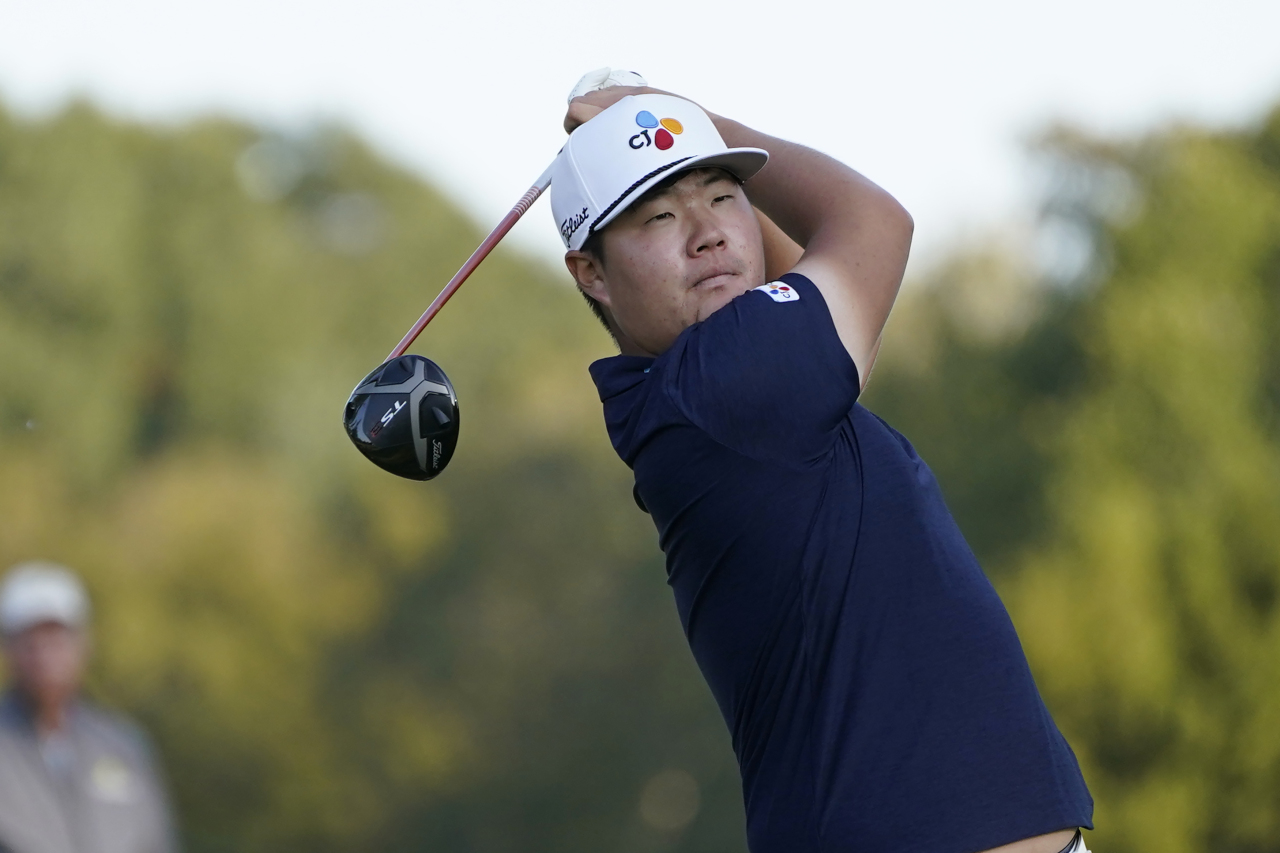 (AP-Yonhap)
Im Sung-jae has been the biggest South Korean name on the PGA Tour for the past couple of years, but he hasn't played like one in the tour's only event held on his home soil during that time.

Now that the tournament, the CJ Cup, has been relocated to the United States for this year due to the coronavirus pandemic, perhaps the pressure to deliver in front of home fans will be off the shoulders of the 22-year-old.

The fourth edition of the CJ Cup will start at Shadow Creek Golf Course in Las Vegas on Thursday. The first three tournaments were played on the South Korean island of Jeju, and Im, the 2018-2019 PGA Tour Rookie of the Year, will be making his third appearance.

Will the third time be the charm?

"The past two years I've always finished in the middle of the pack," Im said through an interpreter during his pre-tournament interview Tuesday in Las Vegas. He finished tied for 41st in 2018 and tied for 39th in 2019. "Hopefully this year, I can finish either in the top 10 or the top five if possible."

Im has been placed with a pair of former world No. 1s, Justin Thomas and Brooks Koepka. They've split the first three CJ Cup titles too, with Thomas winning the inaugural event in 2017 and again in 2019, and Koepka winning his CJ Cup debut in 2018.

"I've been paired with very strong players, well-renowned players, so there's some pressure that comes with that," Im said.

"But I feel I can learn a lot from these players."

Im picked up his first career win in March at the Honda Classic and followed that up with a third-place finish at the Arnold Palmer Invitational the very next week. The COVID-19 pandemic brought the season tour to a halt a week later, and Im managed two top-10s over his final 12 tournaments while missing the cut four times.

In three tournaments so far in the 2020-2021 season, Im has ranked 22nd, tied for 28th and tied for 13th. The most recent tournament, the Shriners Hospitals for Children Open last week, was especially encouraging, with Im carding scores in the 60s in all four rounds.

He'll try to build on that this week and become the first South Korean champion of the CJ Cup.

"Having played (at Shadow Creek) yesterday and today, I noticed that because the greens are so fast and there are a lot of up and downs on the greens, there are some parts where it's really fast and some parts where it's really slow," Im said. "I think putting speed is really important. And also the rough around the greens isn't that long, but it's sometimes really hard to do distance control out of the rough onto the green. I think if I focus on those two things, then I will hopefully be able to produce some good results this week."

In addition to Thomas and Koepka, the field also features world No. 2 Jon Rahm and four-time major champion Rory McIlroy.

World No. 1 Dustin Johnson had been scheduled to play, but he pulled out after testing positive for COVID-19. (Yonhap)