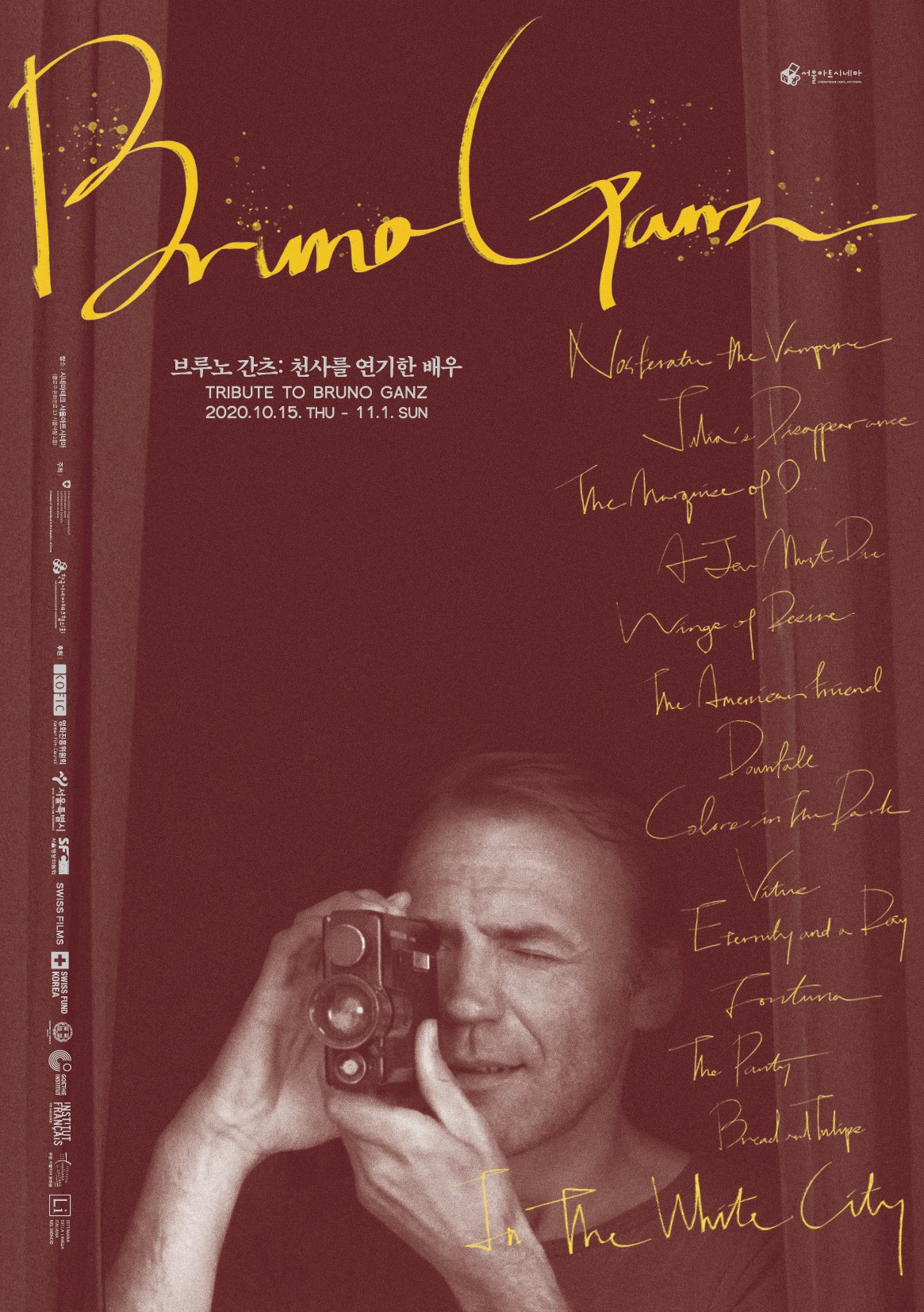 To commemorate the artist, who died at the age of 77 last year, the embassy said it would screen 14 films featuring the artist from Oct. 15 to Nov. 1 at Seoul Art Cinema in central Seoul, and from Nov. 1 to 9 at Gwangju Cinema in Gwangju.

The event is hosted in cooperation with the Korean Association of Cinematheques and Swiss Films and with the support of other European embassies, cultural institutes and the Swiss Fund Korea.

Swiss Ambassador to Korea Linus von Castelmur described Ganz as an actor putting aside his “discreet, reserved and shy” nature and giving his all in any performance. Ganz definitely had a magic aura, displaying sensitivity, openness and an almost childlike kindness, he added.

Born in Zurich in 1941 to an Italian mother and a Swiss factory worker, Ganz played in more than 90 movies and also on stage in several theater pieces while working with internationally acclaimed filmmakers such as Werner Herzog, Wim Wenders and Eric Rohmer.

At the age of 32, he was declared actor of the year by the German magazine Theater heute. From 1996 until his death, Ganz had been the bearer of the Iffland-Ring, a diamond-studded ring considered the most significant acting honor in German-speaking theater that passes from actor to actor. In 2017, he was awarded with Honorary Swiss Film Award.

“Once again and true to its motto ‘Pushing the limits,’ the Embassy seeks to showcase to Korean audiences the excellence of a great Swiss artist,” the ambassador said, calling the selection of the films for the event truly embodies “pan-European dimension” of Ganz’s acting.

The films presented were produced in many countries, not only in Switzerland, including Germany, Italy, France, the United States and the United Kingdom, from the 1970s to the 2010s.