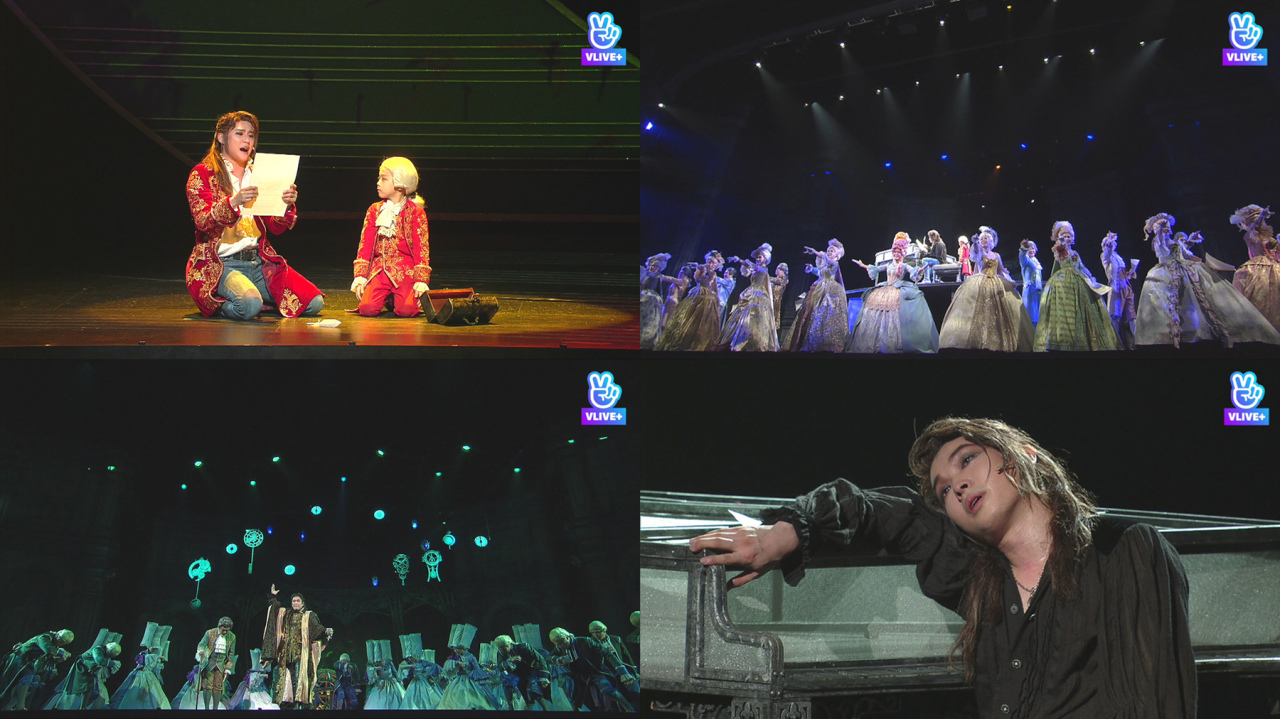 EMK Musical Company, the production company behind the hit musical, offered a paid online stream of its hit musical “Mozart!” on Saturday and Sunday via Naver V Live, a local video streaming platform.

A total of 15,000 people purchased online tickets for the musical screening, according to EMK Musical Company Tuesday. Some 12,000 were individual tickets and 3,000 were for groups.

“It was encouraging to have an unexpected number of people enjoy the online screening event,” said Kim Ji-won, vice president of EMK Musical Company.

“Through the screening, we realized the limits of live editing, meaning editing from the scene. By working on technical aspects -- such as the camera angles and cuts -- the paid online screening market can expand in the future,” Kim said.

EMK Musical Company has been working on developing its online screening market for the past few years. The company streamed the 2015 premiere of musical “Marie Antoinette” in Japan. In 2018, it joined hands with the Seoul Arts Center to bring the musical “The Laughing Man” to the screen.

In 2019, the premiere of the musical “Xcalibur” was streamed on the US performing arts streaming platform Broadway on Demand for three days. Prior to the recent local streaming, “Mozart!” was available for viewing for three weeks on a Japanese streaming platform.