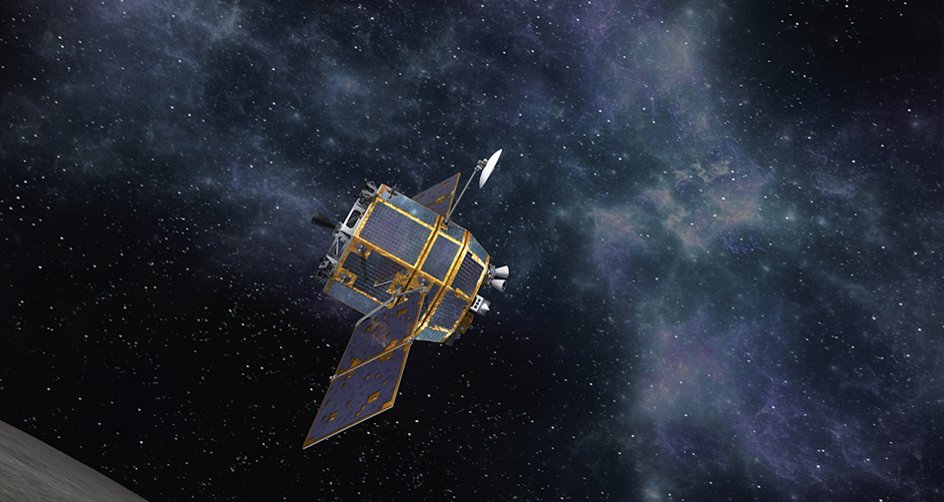 (Korea Aerospace Research Agency)
South Korea is on track for its first lunar mission, with its first launch of a lunar orbiter slated for the second half of 2022, the country's space research institute said Sunday, after the country's lunar project suffered multiple delays.

South Korea, a relative latecomer to the global space race, has been working on a lunar orbiter program since 2016.

The spacecraft is expected to reach the moon by Dec. 16, 2022, and conduct a yearlong mission that could even be extended, according to the state-run Korea Aerospace Research Institute (KARI).

The lunar orbiter will conduct various missions, such as capturing images of shadowed regions of the moon using NASA's ShadowCam, it added.

The country's lunar orbiter project has been making little progress due to technical and budgetary issues. Under the current government, the orbiter was originally slated for a launch in December this year.

The country's lunar program was at risk of another delay when it decided early this year to scrap its original travel path and use a low-energy trajectory in order to increase the spacecraft's fuel efficiency. The new trajectory design uses less fuel in return for more travel time.

The project's partners at the US-based National Aeronautics and Space Agency (NASA) approved of its design in July, keeping the program on schedule for a launch as early as Aug. 1, 2022.

KARI is currently preparing the mission with US partners, including NASA's Jet Propulsion Laboratory. For the orbiter's launch, it has agreed to use US commercial space firm SpaceX's Falcon 9 rocket. (Yonhap)