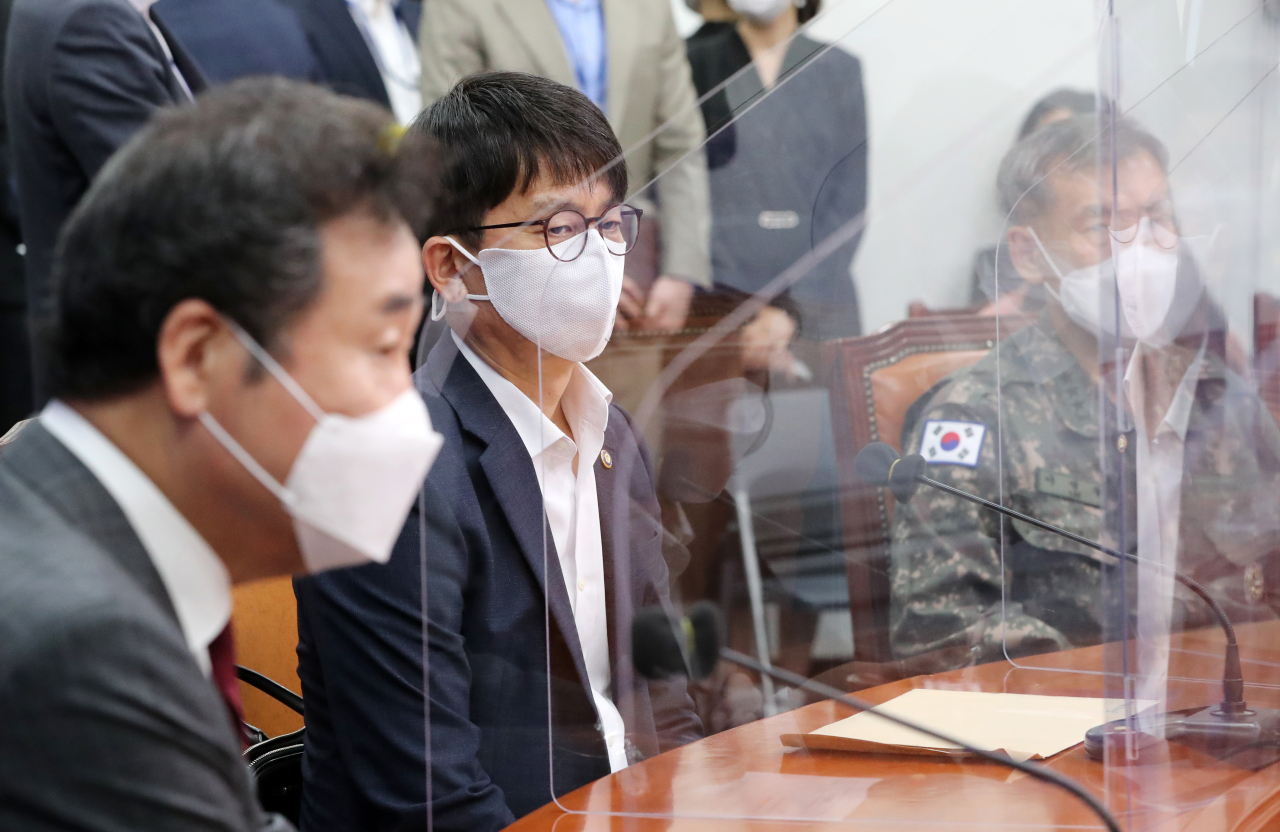 "The North Korean military's action of intentionally shooting an unarmed civilian who was drifting on the sea and then burning the body constitutes an act of brutality that is unpardonable under any circumstance," Rep. Lee Nak-yon, leader of the ruling Democratic Party, was quoted as saying by the party.

The remarks were made after Lee and other party officials received a briefing on the incident from Vice Defense Minister Park Jae-min at the National Assembly.

According to the Ministry of National Defense, the 47-year-old man, who worked for the oceans ministry's unit for fisheries inspection, disappeared while on duty aboard an inspection boat in waters near the western sea border with North Korea on Monday.

The next day, he was found drifting on the sea by a North Korean vessel. The ministry said there is circumstantial evidence that he tried to defect to the North.

Later that day, however, the North Korean military shot him to death on the sea and burned his body there, the ministry said, citing intelligence.

"The latest incident squarely runs afoul of the spirit of the Panmunjom Declaration and the Pyongyang Joint Declaration," Lee said, referring to the agreements signed between President Moon Jae-in and North Korean leader Kim Jong-un in 2018.

It also dashed the South Korean people's hopes for a better inter-Korean relationship and a lasting peace on the Korean Peninsula, he added.

"The DP strongly demands an apology for the act against humanity as well as punishment for those who are responsible," the party chairman said.

Lee also called on the government to promptly inform the public of the details of the incident and come up with measures to curb any North Korean threats toward South Korean nationals in the border areas.

"I cannot help but feel enormously furious over the savage behavior of North Korea," Kim said in a meeting of the top party council earlier in the day.

"The government needs to be bold toward North Korea as it deals with the incident and thoroughly disclose the whole process of the incident," he also said.

The opposition party leader also directed criticism at Moon for his video speech at the 75th session of the U.N. General Assembly on Wednesday. The president, in the speech, called for international support for South Korea's push to declare an end to the 1950-53 Korean War, which remains as a ceasefire.

"I cannot help feeling it very irresponsible," Kim commented, adding that the North hasn't changed at all. (Yonhap)