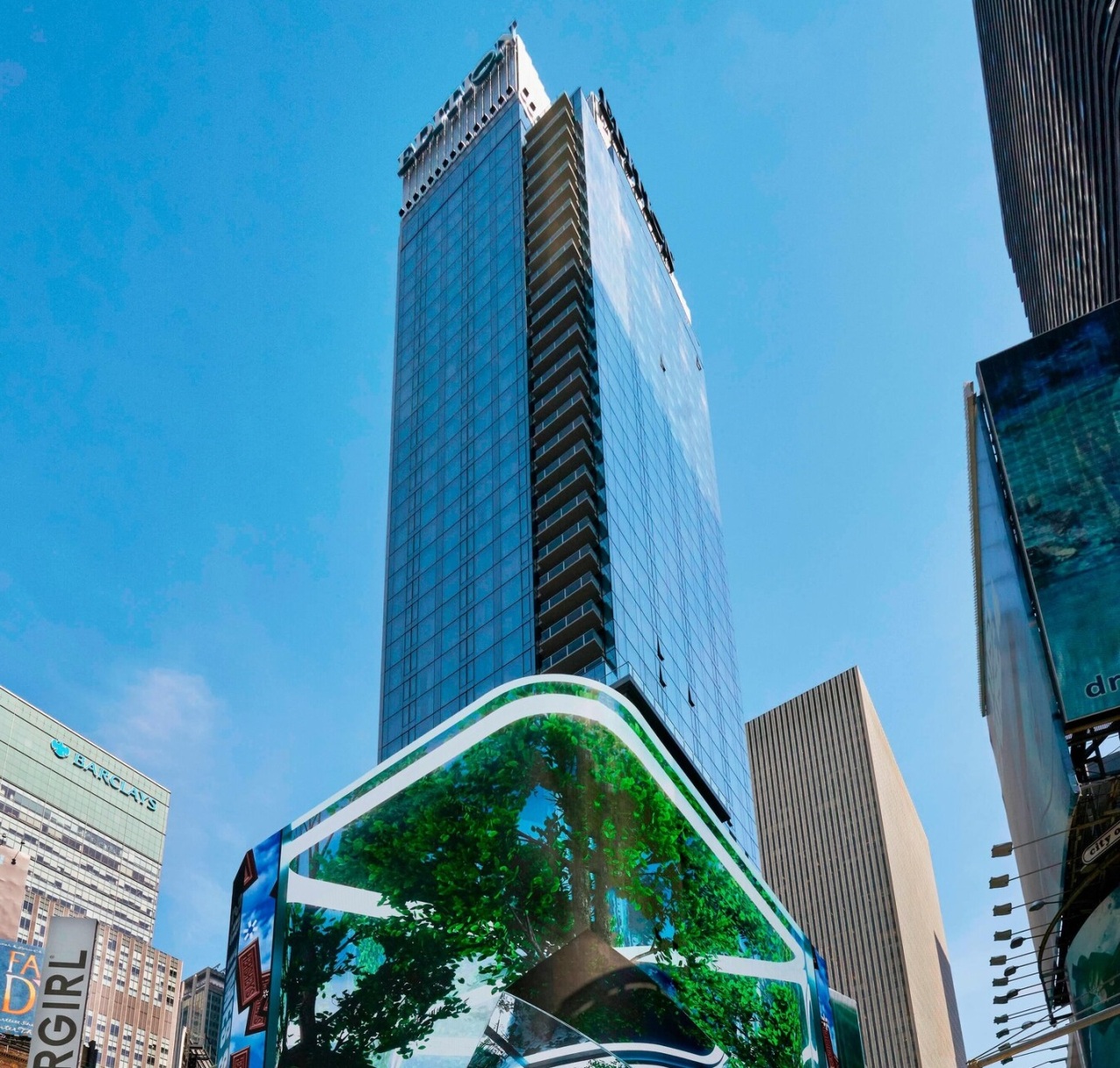 Exterior of the Times Square Edition hotel in New York City. (Marriott)
Major South Korean lenders’ decision to invest some $100 million in a hotel and retail project at 20 Times Square in New York in 2018 has come back to bite them two years later, with the property’s foreclosure last year continuing to wreak havoc amid the coronavirus pandemic, sources said Thursday.

In 2018, French Bank Natixis syndicated to local banks KB Kookmin, Hana and NH Nonghyup -- three of the five major lenders here -- and other Korean institutional investors. Some combined $100 million that the three lenders offered became part of a $2 billion loan package extended to private US real estate company Maefield Development for its hotel and retail project at 20 Times Square in New York.

But despite the opening of the Times Square Edition hotel last year as a result of the project, one of the developer’s lenders, French bank Natixis, filed to foreclose on the project in December 2019. In May, Bloomberg reported that Marriott International, the hotel’s operator, warned Maefield Development that the it could go into default on its contract as a result of the pandemic.

Though the hotel has avoided a complete shutdown as of mid-September, it is reportedly continuing to struggle from financial woes stemming from the pandemic.

“With the US courts shutting down and hearing being delayed, the coronavirus is affecting the investment,” a KB Kookmin official, who requested anonymity, told The Korea Herald.

Another source revealed that the lawsuit involving the foreclosure is projected to take more than two years, and with the tenants continuing to leave the building, it would be apparently difficult to receive any returns on their investment whatsoever for “some time.”

But the KB Kookmin source also expressed hope saying that with the relatively low-risk nature of their investment, they will be able to receive the returns once the case moves forward and into the “auction stage.”

The syndicated loan was divided into five tranches and local lenders invested in A-note, the highest tranche and considered the most “risk-free,” as it is senior to all other notes. Its nature allows A-note investors to receive payment before others, including B-note or other mezzanine investments.

Other local institutional investors including IGIS Asset Management have funneled money into riskier tranches at the B-note or mezzanine levels.