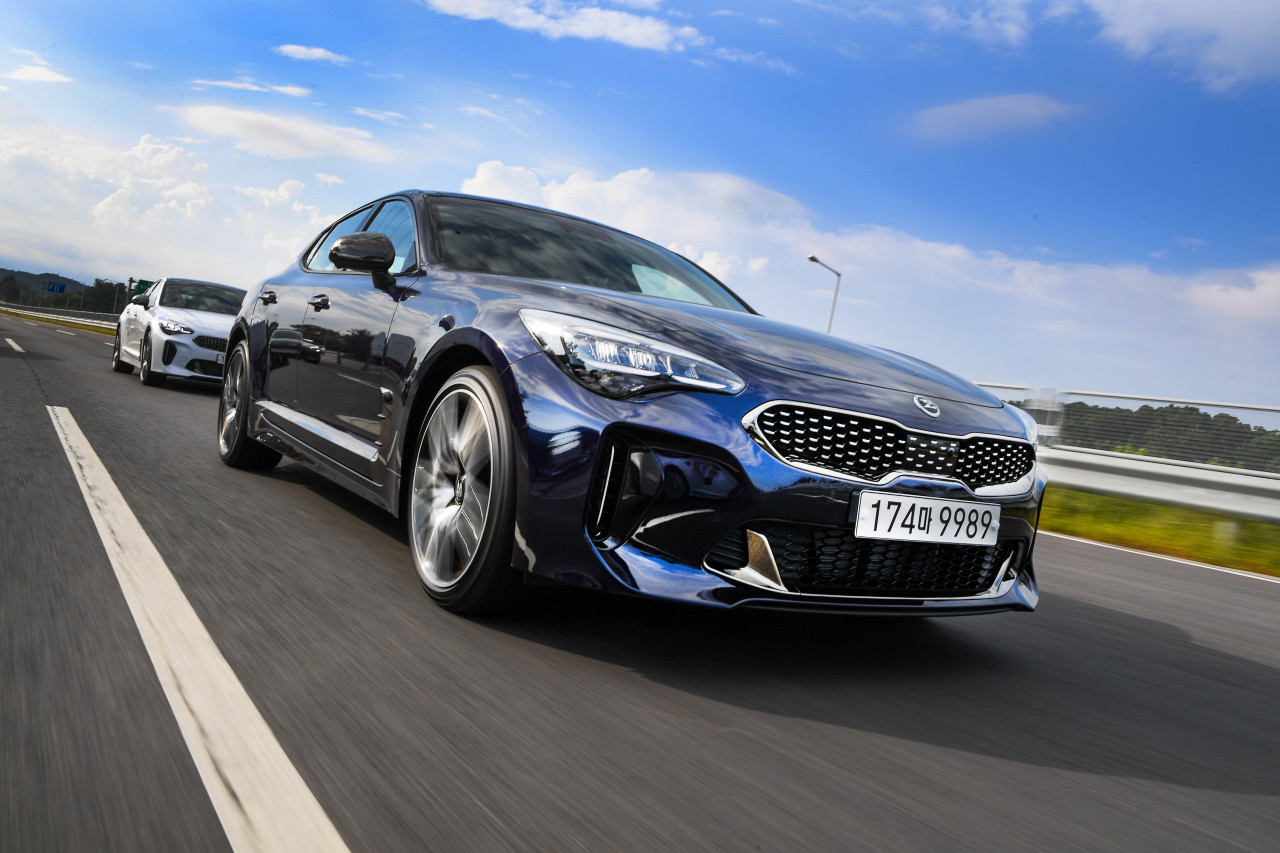 Defying speculations that it may be discontinued, Kia Motors’ sports sedan Stinger was reborn with a face-lift in the Stinger Meister, three years after its launch in 2017, featuring an upgraded powertrain.

Despite the fair performance and sleek design, sales of the Stinger have been less than stellar, falling behind its rival Genesis midsize sedan G70. Its cumulative sales here stood at 1,870 units between January and August, compared to G70’s 5,652 units. It is the lowest figure after the Kia Soul in passenger cars, leading to rumors of its discontinuance.

This time, it seems set to position itself as a quiet and comfortable family car -- with more suppressed noise and vibration -- rather than targeting sports car enthusiasts. 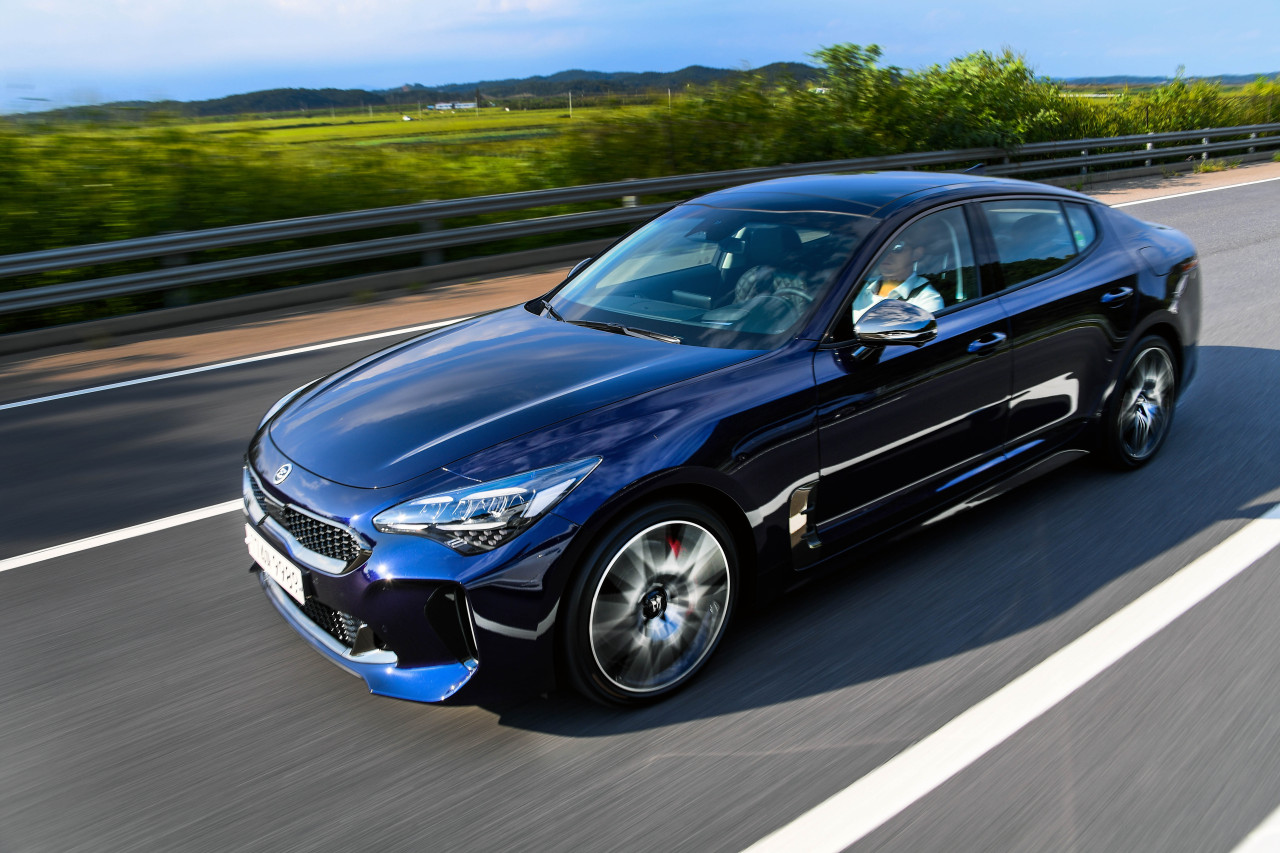 The Korea Herald had an opportunity to test-drive Stinger Meister in downtown and outside of Seoul for about two hours.

In appearance, Stinger has hardly changed. In size, not even an inch has increased, and the design also shows no big differences.

The biggest feature of this new model is the change in powertrain.

The new Stinger Meister has Kia’s first new powertrain Smartstream 2.5-liter turbocharged four-cylinder engine that is already in use in the Genesis GV80 and G80.

When driving at a fairly high speed, the body of the car was stable and the ride was quite enjoyable although it might not be as good as an authentic sports car. Brakes were sharp and responsive. Driving around curves and corners, the car still remained smooth without tilting. The balanced cornering seemed possible due to the electronic control suspension applied to Stinger.

The engine sound was quiet. But due to its electronic variable exhaust valve system, it produces a deeper exhaust note in the sport driving mode and a more subdued exhaust note in comfort mode.

Beside the upgraded powertrain, there is another attraction you can feel while driving: the convenience.

The head-up display is useful if you are still an inexperienced driver. It gives clear indication of danger signals detected in front, back, left and right. It also delivers various information such as navigation guide information, speed limit and driving speed.

Technologies that enable semi-autonomous driving, such as navigation-based smart cruise control and lane maintenance, are all applied and have high accuracy and stability in actual operation.

Even when hands were off the steering wheel and feet were off the pedals, the car moved at regular intervals with the car ahead. It automatically adjusted the speed accordingly when the brake light in front was red.