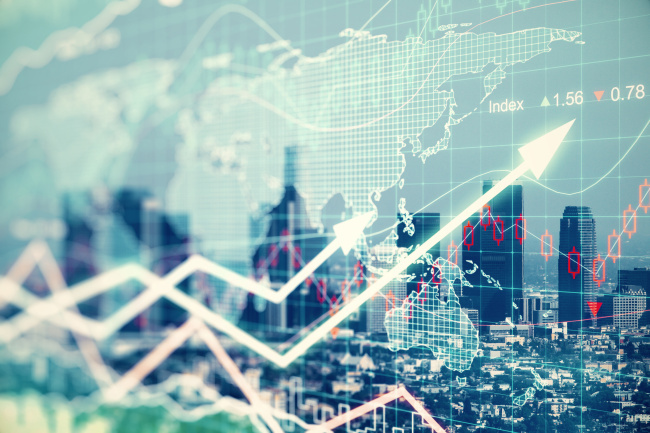 (123rf)
Six months after plunging to a record low amid the COVID-19 pandemic, South Korea’s stock indicators are apparently experiencing a full recovery, hitting fresh yearly highs mostly on the back of retail investors.

According to the country’s bourse operator, the Korea Exchange, the benchmark Kospi as of Friday marked a 65.50 percent rise from the record-low 1,457.64 observed six months earlier. The secondary Kosdaq soared 107.51 percent from 428.35 during the same period.

Buttressing the rapid recovery was a buying spree by retail investors, who gobbled up local shares.

Kospi’s fluctuation rate logged the second-highest figure among the world’s 20 major economies, following Argentina’s Merval index with 87.82. It was higher than the figures seen in US stock indexes. While the Dow Jones Industrial Average rose 48.80 percent, the Nasdaq and the S&P 500 advanced 58.2 percent and 49.32 percent, respectively. Kospi even outpaced other major indexes in advanced countries such as Germany, Japan and France.

Retail investors were behind the strong drive to stock investments. The greater cash inflows from individual investors than outflows of foreign and institutional investors’ funds earned them the half-joking nickname “Ant Warriors,” referring to active stock trading that recalled the image of hardworking and diligent ants.

They purchased a net 36.64 trillion won ($31.45 billion) in shares in the given period -- nearly 26.99 trillion on the Kospi market and some 9.65 trillion won on the Kosdaq market. Meanwhile, foreign and institutional investors dumped a net 15.92 trillion won and 17.91 trillion won worth of local shares, respectively.

Amid retail investors’ growing interest in stock investments, the amount of money deposited for investment in stocks and other derivative products at local brokerage houses surged to some 55.66 trillion won as of Thursday, having more than doubled from end-2019, when it stood at 27.39 trillion won, according to data from the Korea Financial Investment Association.

“Prior to the virus pandemic, local stocks were fully driven by foreigners’ trading trends. Now, however, retail investors have become the key market players,” said Hwang Sei-woon, a research fellow at the Korea Capital Market Institute, adding that it was an unprecedented movement in the nation’s stock market history.