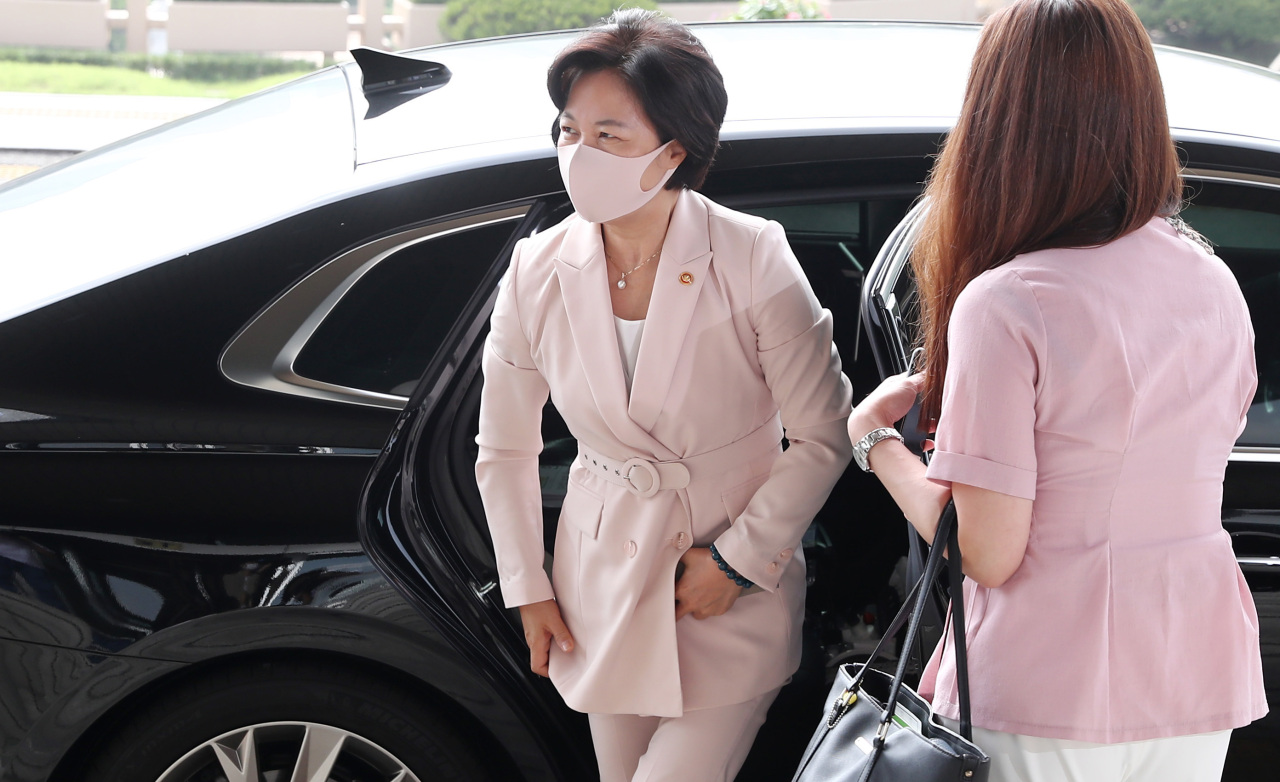 The Defense Ministry on Thursday dismissed speculation that the minister’s son, 26, surnamed Seo, may have used his mother’s influence as a political bigwig and breached military rules to get more medical leave than he was entitled to while serving as a member of the Korean Augmentation to the United States Army in 2016 and 2017.

Lawmakers from opposition parties said it was Choo who made it possible for Seo to extend his medical leave to undergo knee surgery in June 2017. From an initially reported nine days his time off was extended to 22 days, including a four-day personal vacation. The justice minister was serving as a five-term lawmaker and chairwoman of the Democratic Party of Korea at the time.

But the Defense Ministry said soldiers can take emergency leave for up to 30 days to undergo medical treatment if it is approved by a commander, citing the military’s enforcement ordinance and directive rules.

The ministry’s statement came after the leak of an internal document showing that one of Seo’s parents had made an official inquiry about an extension of his leave as he hadn’t fully recovered. The document did not specify whether it was the minister or her husband who made the request.

The fulfillment of mandatory military service by politicians and their children is a highly sensitive issue in South Korea, where all men aged 18 to 35 must undertake the obligation. Rumors about evasion of duty or special treatment during service often spark public uproar.

There was also suspicion that Choo may have been involved in the decision to dispatch her son to US Army Garrison Yongsan in Seoul, a popular assignment for military personnel.

Opposition parties urged President Moon Jae-in to make a decision on the minister’s future following a slew of accusations.

The main opposition People Power Party’s interim leader, Kim Chong-in, said Choo and the special treatment allegations have become an “obstacle” for the country to overcome in the face of the COVID-19 crisis.

“We have a stack of pressing issues such as economy problems and COVID-19, but what I see from the news is all about Choo. … It would be her duty to clarify her position as a high-ranking government official,” he said during a meeting with party officials.

People Power Party Floor Leader Joo Ho-young called on the president to make a decision on the justice minister’s future.

“There’s no possibility that Choo will resign voluntarily. ... The final decision should be made by the president,” he said during an interview with radio station CBS on Thursday.

“Previously, those who had the authority (the president) made a decision in a short period of time when the Justice Ministry or Prosecutors’ Office were weakened by their leaders for being engulfed in controversies like family issues,” he said.

The minister’s family, including her husband and mother-in-law, are accused of requesting favors for Seo. Choo or her associates may have attempted to intervene in the process of selecting soldiers who would serve as interpreters at the PyeongChang Winter Olympics.

A conservative civic group filed a complaint against Choo with the Supreme Prosecutors’ Office on Wednesday, accusing her of violating the Improper Solicitation and Graft Act.

Seo’s attorney lodged a suit against a reporter and broadcaster as well as a source who claimed that Seo’s father and grandmother went to the US 2nd Infantry Division base in Uijeongbu, Gyeonggi Province, to request help.

Prosecutors have stepped up their investigation, as the opposition party and Seo urge swift proceedings to find the truth.

The Seoul Eastern District Prosecutors’ Office called in a captain and a former soldier who served with Seo, while analyzing documents seized from the military hospital Seo visited for treatment during his sick leave.