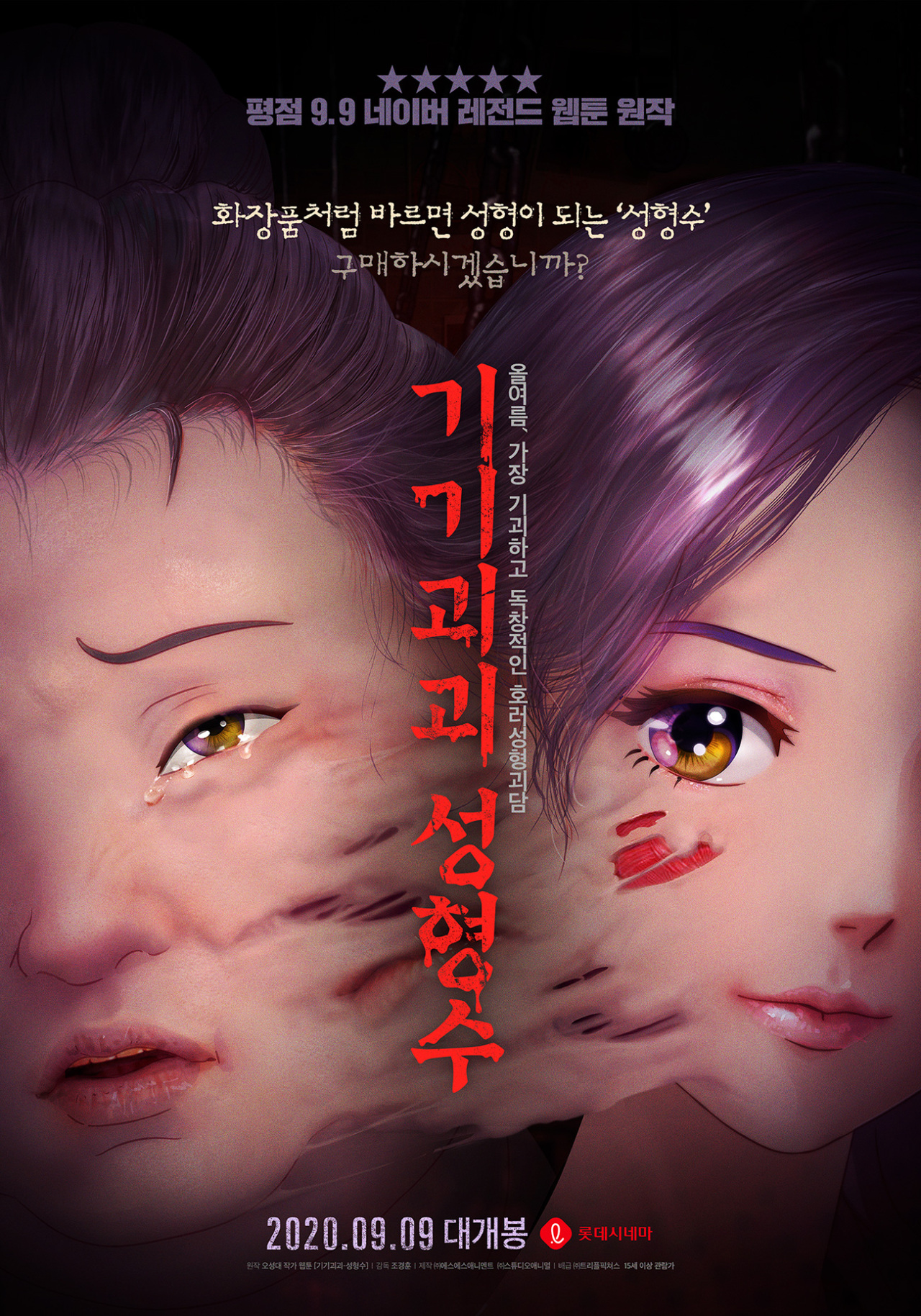 “Beauty Water” poster (Triple Pictures)
If you were able to change your appearance exactly the way you want for 200 million won ($168,000), would you do it?

Horror-thriller “Beauty Water,” which hit the local cinemas Wednesday, explores just that question, and in doing so, is forging a new path for Korean genre animation.

The film, based on the “Beauty Water” episodes of Oh Sung-dae’s hit omnibus webtoon series “Tales of the Unusual,” was invited to several international film and animation festivals this year, including the prestigious Annecy International Animated Film Festival and Sitges International Fantastic Film Festival, ahead of its official release.

“It’s rare for feature-length animations, especially those of the horror genre, to be successfully put on screen, (not just in Korea but) in the animation industry overall,” director Cho Kyung-hun said during an interview with local media in Seoul on Tuesday, explaining that he thought that was a big part of why festivals liked it. 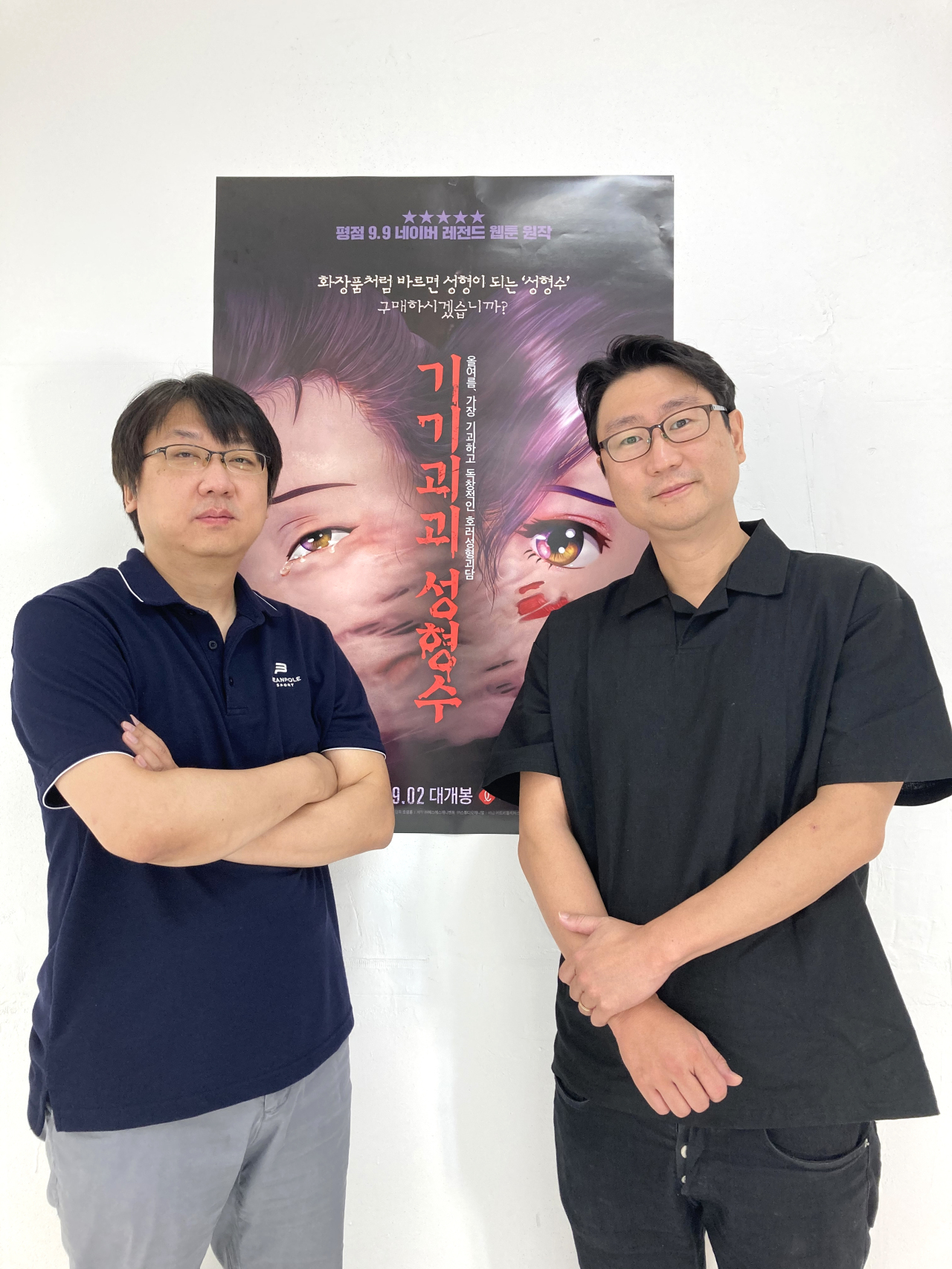 Producer Jeon Byung-jin (left) and director Cho Kyung-hun (Triple Pictures)
The animation takes the story of the original webcomic revolving around a young woman Ye-ji who buys a mysterious potion called Beauty Water to overcome her inferiority complex about her looks.

Sitting in a tub of Beauty Water for half an hour, her skin turns into a soft mold that can be shaped like a lump of clay. This is the start of a whirlwind of misfortunes for Ye-ji and several other characters.

It was animation producer Jeon Byung-jin who discovered this eerie yet creative story back in 2014 and thought of adapting it for the screen. While the initial idea was to turn the entire “Tales of the Unusual” into a television series targeting the Chinese market, the plan fell through as relations between Korea and China deteriorated in 2016.

“The webtoon was so famous then that we didn’t need to explain about it when we had meetings with Chinese firms and investors,” Jeon said. “But with the ban (on Korean cultural content), what used to be an advantage for us turned into a risk. Since we couldn’t enter the Chinese market, it became difficult for us to raise money for the project.”

After some six years of simultaneously looking for investment and producing, the 11-episode webcomic was turned into 85-minute 3-D animation. To everyone’s surprise, the film has been invited to a dozen film fests so far, and the director expects it to make more festival appearances. The film has also been sold to five countries, including Taiwan and Singapore, where it will open on Sept. 17.

Cho added they had even received an invitation from the Venice International Film Festival. “It’s such a shame, because Venice wanted a world premiere of the film, but just before we received the invitation, the film had premiered at the Bucheon fantasy film fest, and Venice rejected our suggestion of international premiere.”

With the animation genre still considered a minor genre or a children’s genre in Korea, Cho said he focused on delivering a sharp critique on obsession with looks, which, in his opinion, has been forced on people by society. 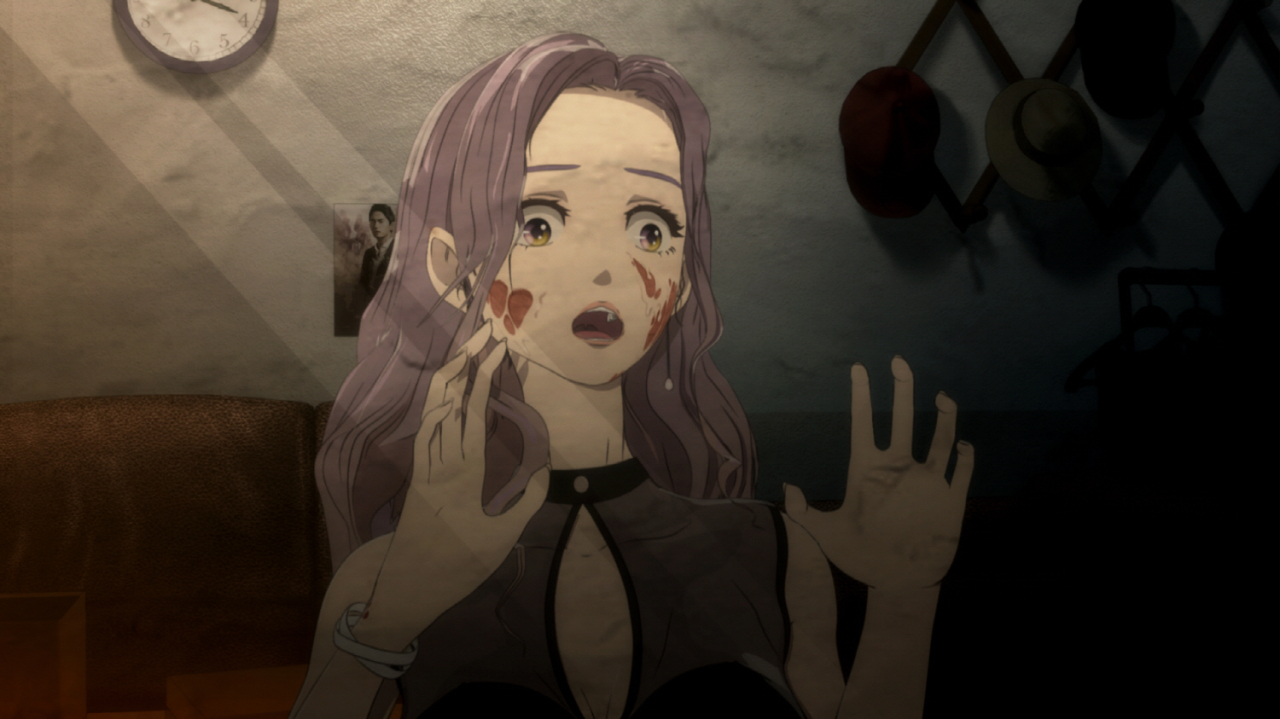 A scene from “Beauty Water” (Triple Pictures)
“The film questions the standard of beauty,” Cho said. “When we accept our own beauty, it’s usually based on the standards set by the society. So we think ourselves beautiful only when others do. This perspective itself is a form of violence, and I wanted to show that a web of such violence can become a hell for some.”

Producer Jeon explained that with the COVID-19 pandemic preventing people from going to the movies, he is grateful that the film is making a cinematic release.

“If ‘Beauty Water’ is successful, it may become a chance for us to make a follow-up with another episode from the ‘Tales of the Unusual,’” Jeon said.