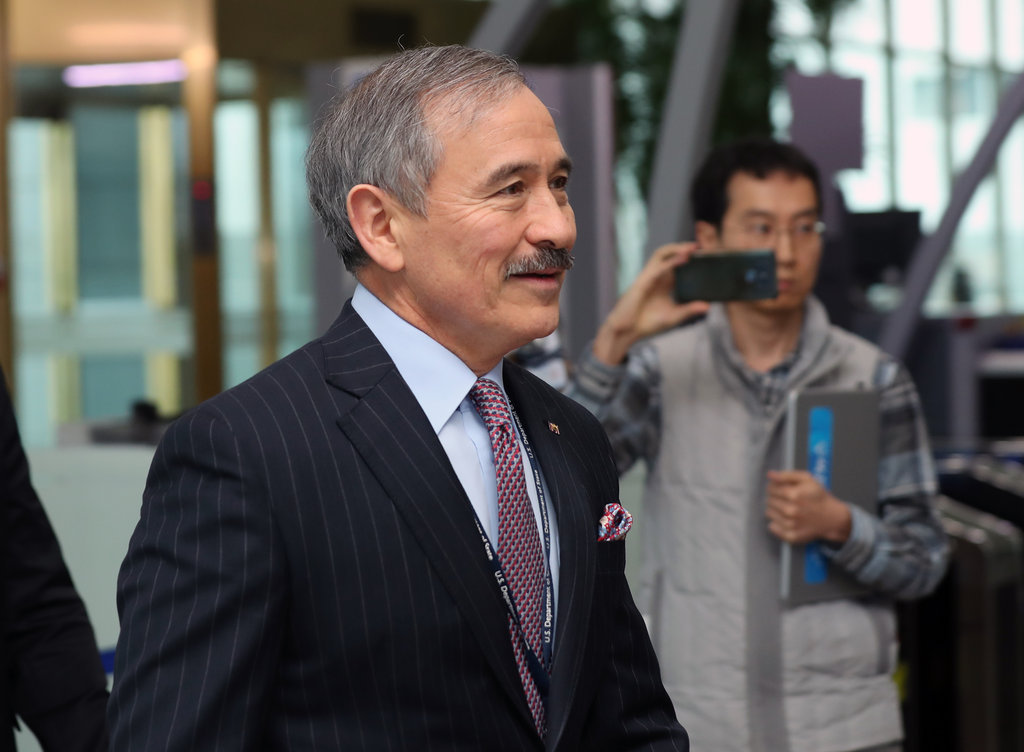 US Ambassador to Seoul Harry Harris on Wednesday shared a list of books on his desk, some related to North Korea, for South Korea's Month of Reading in a tweet that hinted at his interest in the reclusive country.

The ambassador's list of seven books included four North Korea-related ones, including "Bridging the Divide," a book about South Korean President Moon Jae-in's efforts to engage with North Korea and foster lasting peace on the Korean Peninsula.

"For ROK's Month of Reading, here's what's on my desk: Corpse in the Koryo, Virus in the Age of Madness, Bridging the Divide, A Bigger Picture, Becoming Kim Jong Un, Great Successor & Stealth War: How China Took Over," he wrote in the tweet. "What are you reading this month?"

Moon Chung-in, a special presidential adviser for security and foreign affairs, and John Delury, a Yonsei University professor, brought together 15 authors to publish "Bridging the Divide."

"The Great Successor" carries a caricature of North Korean leader Kim Jong-un. Written by Anna Fifield of the Washington Post, the book delves into the rise and reign of the third-generation hereditary ruler in Pyongyang.

Authored by Jung H. Pak, a former officer of the Central Intelligence Agency, "Becoming Kim Jong Un" also looks into the North's enigmatic leader. "A Corpse in the Koryo," written by James Church, is a mystery novel set in North Korea.

Harris showed the book list as nuclear talks between Washington and Pyongyang have been caught in a deadlock that has thrown into doubt Seoul's dogged pursuit of inter-Korean reconciliation and peace. (Yonhap)