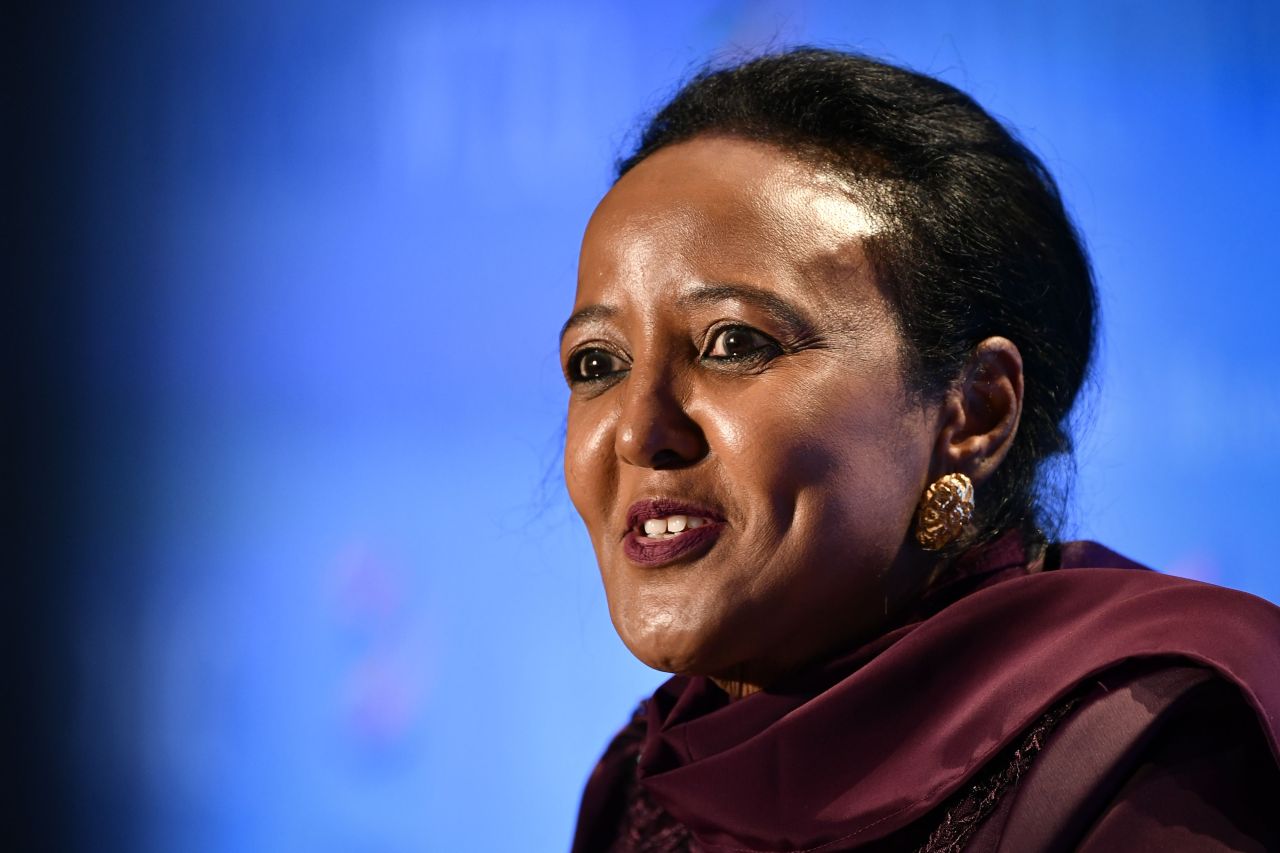 Kenya's former WTO General Council chair Amina Mohamed (AFP-Yonhap)
More diversity would strengthen the World Trade Organization, a WTO leadership candidate said, suggesting that placing an African or a woman such as herself at the top could send a "very powerful message".

Amina Mohamed of Kenya, one of eight candidates vying to become the WTO's next director-general, said the organisation, as it battles with the fallout of the coronavirus pandemic, would benefit from better reflecting all those around the world who contribute to global trade.

"I believe that diversity is always a strength and diversity will strengthen the multilateral trading system," she told AFP in an interview Monday.

Mohamed, Kenya's sport and culture minister and formerly its foreign minister, is one of three Africans vying to become the first WTO director-general from the continent, alongside Ngozi Okonjo-Iweala of Nigeria and Abdel-Hamid Mamdouh of Egypt.

There is no requirement for a regional rotation of the WTO chief position.

But there have been calls for an African to finally get a shot at running the organisation, which since its creation in 1995 has counted three director-generals from Europe, and one each from Oceania, Asia and South America.

Having more diversity at the top would convey "a very powerful message" that contributions to global trade come from "all parts of the world," she said, stressing that "any part of this world can produce a competent (person) to do this job."

"The idea that competence and expertise and skills and knowledge come from only certain parts of the world I think today is not something that you can sell," she said, insisting that "the shelf-life of that is gone now."

The search for someone to replace Roberto Azevedo, who stepped down as the WTO chief last week a year ahead of schedule, should focus on finding "a competent leader, ... a wise leader," Mohamed said.

"And if there is an African it is fantastic."

The long-time trade diplomat, who has chaired WTO's most important bodies, is one of three candidates hoping to become the first woman to head the organisation, along side Okonjo-Iweala and Yoo Myung-hee of South Korea.

"One cannot argue anymore that 60 percent (of the global population) doesn't have the experience or the knowledge that is required to head an organisation," she said.

"It is critical that we have women as part of the hierarchy in international organisations," she said.

What is needed, Mohamed insisted, is "a leader who understands the issues, and who is ready to move them forward, who is ready to bring countries together with a consensus-building."

Increasing politicisation within the WTO has put the organisation's consensus-based decision-making system under strain, sparking fears that the process of choosing a new chief could take longer than November, when it had been scheduled to conclude.

Mohamed, however, said she had confidence countries would manage to agree on time, as they had with previous DG picks, even when they started out with vastly different opinions.

"I actually don't see why it wouldn't work," she said.