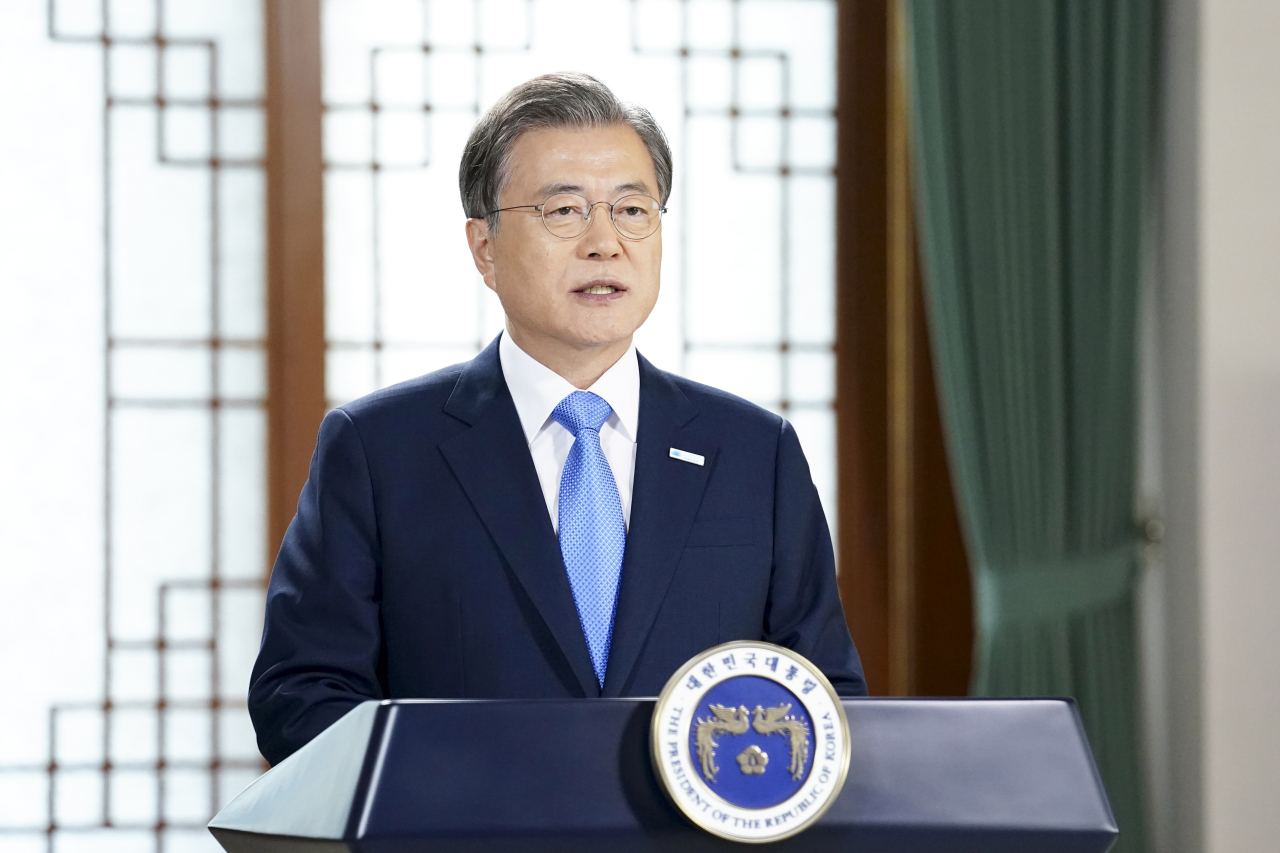 In a speech delivered virtually for the first International Day for Clean Air for blue skies, the president said his administration plans to close 10 existing coal power plants by the end of 2022 and another 20 by 2034.

At the same time, the country will more than triple the number of solar and wind power facilities by 2025 compared with last year. Korea will also work to boost the number of electric cars to 1.13 million from the current 110,000 and increase the number of hydrogen vehicles from 8,000 to 200,000.

“The government will work with the people to bring back the blue skies with more powerful environmental policies,” he said, adding that the goals are in line with his administration’s push to go low-carbon and cut greenhouse gas emissions.

The liberal Moon administration has not allowed any new coal power plant construction. His government has focused on increasing the use of renewable energy sources while shunning fossil fuel and nuclear power.

Moon emphasized in his speech that climate change has become “the most important problem in our generation” and clean air is more important than ever.

Korea had an unusual number of powerful typhoons this year as a result of climate change and clean air is especially important with the world battling the novel coronavirus pandemic, he said.

Saying climate change could be used as an opportunity for growth, Moon highlighted his administration’s Green New Deal initiative, which promises to create 660,000 jobs and will entail a 73 trillion won investment ($61.43 billion) through 2025.

The president added that by the end of this year Korea will come up with a road map for steps until 2050 to become a carbon-neutral society, and will set new greenhouse gas emissions reduction goals for 2030. Korea will also cooperate with China and Japan to fight against the continuing fine dust crisis.

This year’s International Day for Clean Air for blue skies is a United Nations-designated event initiated by Korea. It marks the anniversary of Moon’s speech at the UN in September last year, in which he proposed that such a day be set aside to raise awareness about the importance of clean air.