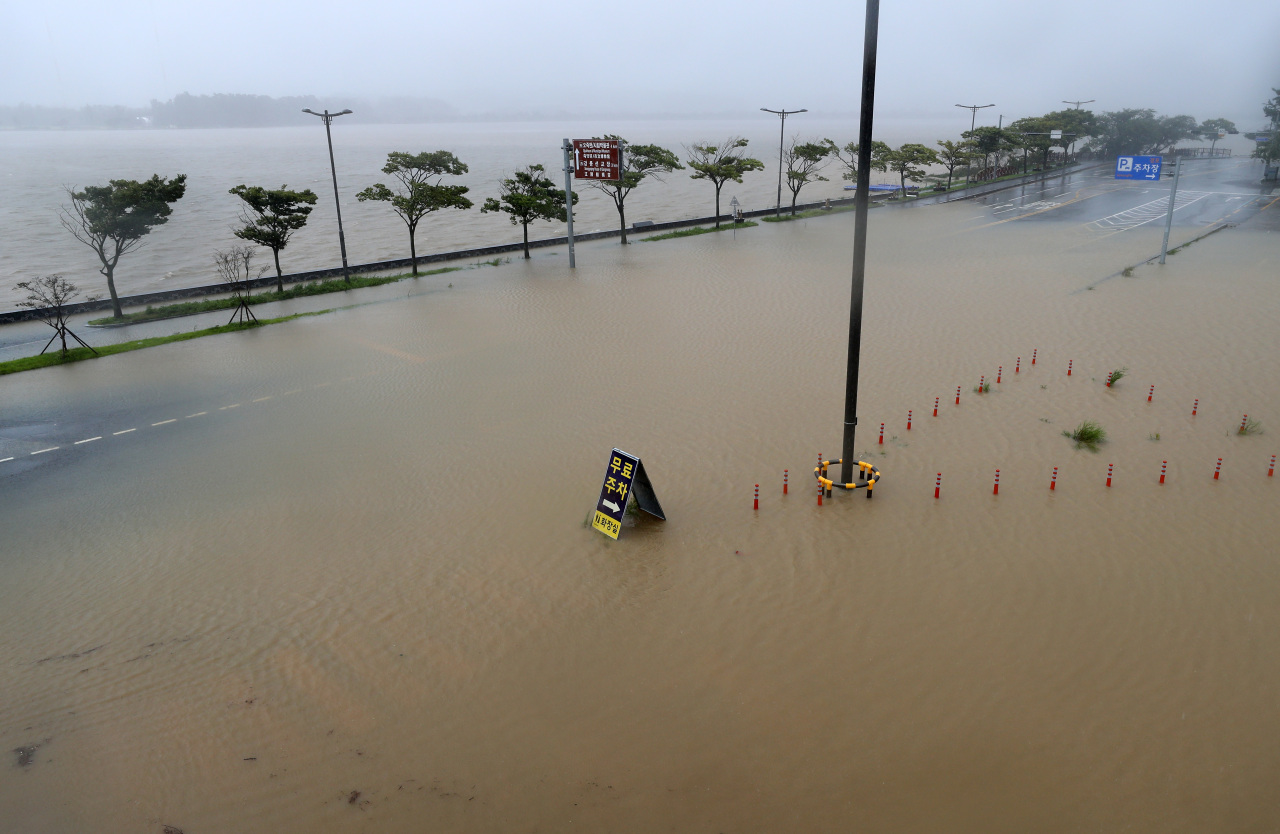 (Yonhap)
South Korea's state-run nuclear plant operator said Monday that the operations of two of its reactors on the country's southeastern coast were interrupted due to Typhoon Haishen, which is currently passing the country.

"The turbines were automatically stopped due to a malfunction in the reactors' cable facilities due to the typhoon," the Korea Hydro & Nuclear Power Co., which operates Wolsong Nuclear Power Plant, said in a statement.

There has been no radiation exposure or other safety issues despite the disruptions at the No. 2 and No. 3 reactors, it added.

"We plan to carry out more investigation and take necessary measures," the company said.

Typhoon Haishen, the season's 10th typhoon, has brought the country under its influence with heavy rains and strong winds, the weather agency said.

The Korea Meteorological Administration (KMA) said the typhoon arrived some 30 kilometers southwest of Ulsan at around 9 a.m., slightly changing its course westward. It was forecast to escape to waters northeast of Gangneung, Gangwon Province, at around 2 p.m. (Yonhap)