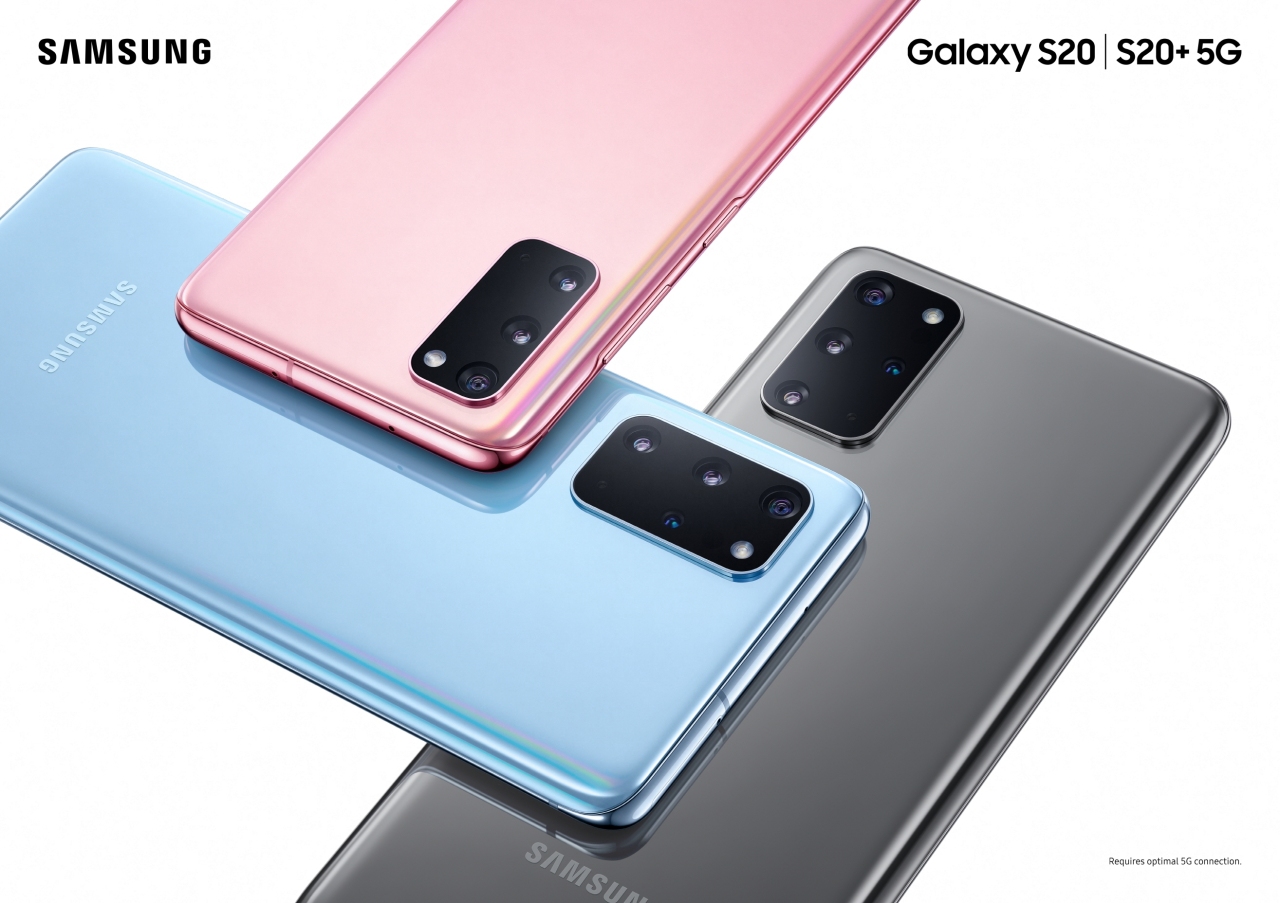 Samsung Galaxy S20 (Samsung Electronics)
The global smartphone market is projected to shrink 11 percent this year compared to last year due to the impact of the coronavirus pandemic, according to a report Sunday.

Market researcher Strategy Analytics forecast in a recent report that total shipments of smartphones would be 1.26 billion units this year, reducing 11 percent from last year.

The researcher, however, raised its forecast from a 15.6 percent decline that was made earlier this year, as the pandemic impact on smartphone sales was smaller than expected in the first half of the year.

“The outbreak and spreading of the coronavirus is hitting global smartphone market largely in each continent,” wrote Linda Sui, analyst at the researcher in the report. “All major OEMs will see a tough market and ship less smartphones this year.”

Samsung Electronics is expected to maintain the leadership with a 21 percent market share by shipping out 265 million handsets this year, the researcher said.

Apple would ship out 192 million units, claiming a 15.3 percent share in the market.

Huawei that was the second-largest handset provider last year would fall to third place as it is facing huge uncertainties under the tightening US ban, the researcher noted.

The Chinese phone maker is predicted to ship out 190 million units in 2020, taking 15. 1 percent in the market.

By the time Huawei would run out of its chipset inventories in 2021, the company’s market share could nosedive to 4.3 percent, according to Strategy Analytics.

Other Chinese vendors Xiaomi, OPPO and Vivo would benefit from the sharp fall of Huawei next year, the report said.

The overall handset market is likely to rebound with the backing of new technologies like 5G and foldable displays as well as a recovery in the global economy.