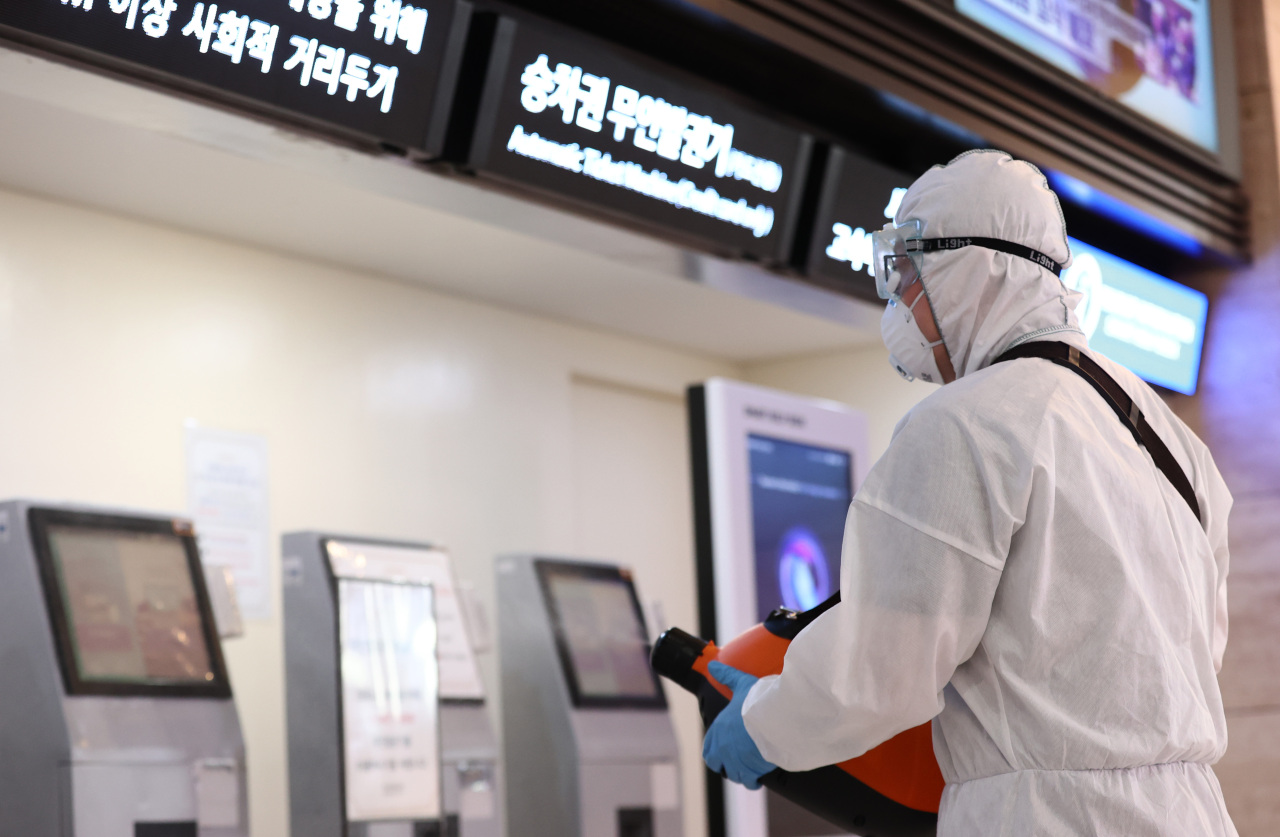 (Yonhap)
Level 2.5 social distancing rules will remain in place for another week in the Greater Seoul area with no definite slowdown in the infection rate.

Korea reported 198 new COVID-19 cases Friday - 189 locally transmitted and nine imported -- posting fewer than 200 for the second consecutive day. The total caseload rose to 20,842, according to the Korea Centers for Disease Control and Prevention.

With tightened social distancing rules in place, the “explosive” spread of the virus was contained and the country’s daily new COVID-19 cases stayed below 300 for the sixth consecutive day on Friday.

Health authorities, however, are on high alert over surges in the number of patients with severe symptoms or unclear infection routes, as well as the sporadic virus outbreaks popping up across the country.

“The number of cases has been somewhat declining recently, but it is yet to be clearly stabilizing,” Prime Minister Chung Sye-kyun said Friday at a pan-government meeting on the country’s response to COVID-19.

“Rather than hastily relax quarantine measures, we should do everything in our power to overturn the current phase,” he said, asking for understanding and patience.

In the Seoul metropolitan area, Level 2.5 social distancing rules, which were to end Sunday, will be in force until Sept. 13, with restrictions to apply to more businesses.

Under the Level 2.5 social distancing campaign, operating hours were slashed for restaurants, bakeries and bars, with only takeout and delivery services allowed after 9 p.m. Dining in was banned at franchise coffee chains, with only takeaway and delivery services allowed. Private cram schools and indoor sports facilities were shut down. One-third of all employees working in the government, state-run agencies and public institutions are required to work from home.

The government said Friday franchise bakeries and ice cream shops were added to the list of establishments where customers are not allowed to dine in. Only delivery services and takeaway will be allowed.

Remote learning was also extended for students in the Seoul metropolitan area, except for seniors in high school, with all kindergartens, elementary, middle and high schools, and special-purpose schools in the region to remain closed until Sept. 20.

For other kindergartens and schools outside the Seoul metropolitan area, existing rules apply until Sept. 20 -- student attendance is limited to one-third the normal numbers in classrooms for kindergartens, elementary and middle schools, and to two-thirds for high schools.

Fears over the spread of the coronavirus led to a closure of a record-breaking 8,252 schools across the country as of Friday, according to the Ministry of Education A total of 450 students and 103 educators tested positive for the coronavirus so far.


‘It has not yet time to let our guard down'

Health and Welfare Minister Park Neung-hoo said at a briefing Friday that the ministry has yet to let its guard down.

“The number of new cases has been triple digits for about 20 days and the coronavirus continues to spread in the Seoul metropolitan area,” Health and Welfare Minister Park Neung-hoo said at a briefing Friday.

The level of social distancing will only be lowered when “the number of new COVID-19 cases comes down to the level that the country’s quarantine and medical system can handle,” he added.

The number of COVID-19 patients in serious or critical condition hit a record high of 157 as of midnight Friday, up 3 from a day earlier, raising fears over a possible shortage of hospital beds. This marks a 17-fold increase from only nine people on Aug. 18.

Transmission routes were unidentified for 23.3 percent of the new cases reported from Aug. 21-Sept. 3, according to the KCDC, which could mean the virus is being spread silently.

COVID-19 cases linked to the Sarang Jeil Church and to a massive rally held in central Seoul on Aug. 15, which are at the center of the second wave of COVID-19 here, rose to 1,152 and 473, respectively, as of Friday at noon.

Of the locally transmitted cases, the vast majority were still registered in the Seoul metropolitan area – 68 in Seoul, five in neighboring Incheon and 55 in Gyeonggi Province, which surrounds the capital.

Outside the Seoul metropolitan area, 20 cases were reported in South Chungcheong Province after another cluster of infections was found at a kimchi manufacturing factory in Cheongyang-gun. Since the initial patient tested positive Wednesday, 22 people have been diagnosed with the coronavirus.

Of the nine imported cases, five were identified while the individuals were under mandatory self-quarantine in Korea, with the other four detected during the quarantine screening process at the border. Two cases came from China, two each from other parts of Asia, Europe and the Americas, and one from Africa. Four of the newly diagnosed people were foreign nationals.

So far, 15,783 people, or 75.73 percent, have been released from quarantine upon making full recoveries, up 254 from a day earlier. Some 4,728 people are receiving medical treatment under quarantine.

Two more people died of the coronavirus, bringing the death toll to 331. The overall fatality rate amounted to 1.59 percent.