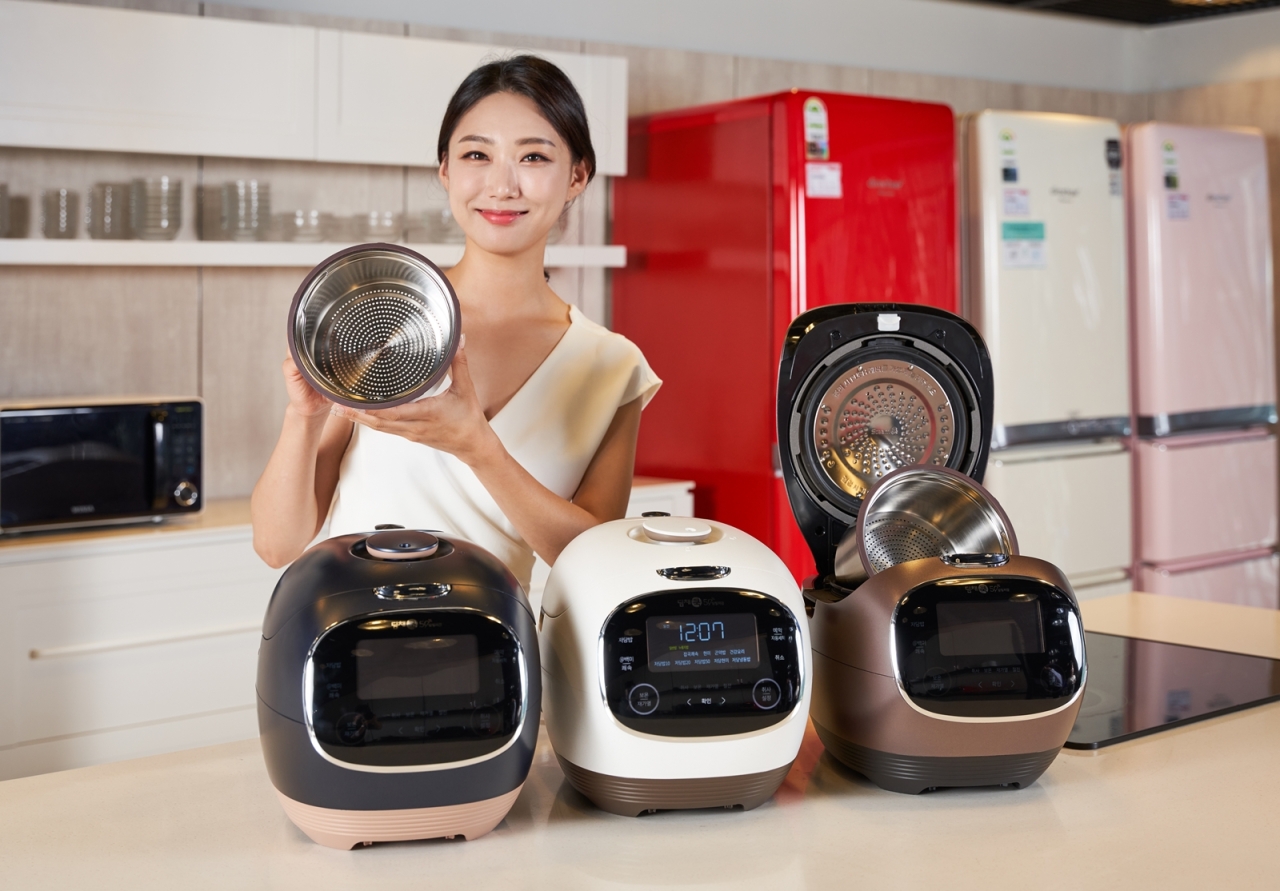 The percentage is based on plain white rice, but whatever grain that goes in to this rice cooker comes out in a form that all weight-watchers will love, according to WiniaDimchae.

This new launch is an upgrade, the company said.

The rice cooker uses WiniaDimchae’s special algorithm that separates glucose from rice as it cooks. This seprated glucose is removed from the rice through the holes in the the stainless steel tray that is only compatible with WiniaDimchae cookers.

WiniaDimchae has applied to patent the glucose reduction technology and is awaiting the results.

DimchaeCook White Rice Sugar Reduction 50 Retro is a six-person cooker and will be priced around 500,000 won ($420) in Korea.