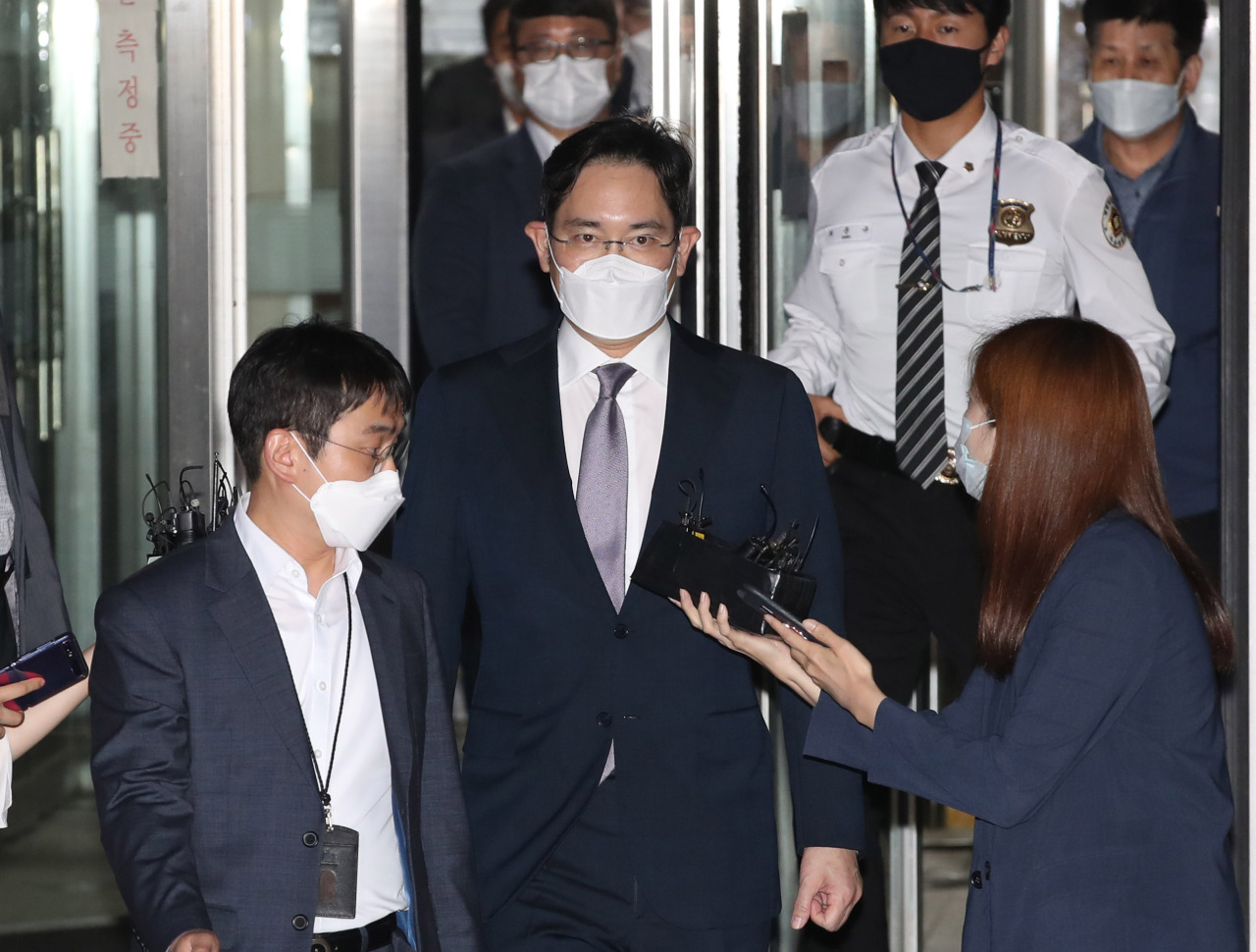 Lee faces a number of charges including violation of financial investment and audit regulations, and dereliction of duty in the probe into allegations surrounding Samsung C&T’s merger with Cheil Industries, and account fraud revolving around Samsung Biologics.

The prosecution’s move goes against the decision of the review board that advised the prosecution not to indict Lee, and to end the investigation into related allegations.

Choi Gee-sung and Kim respectively served as chief and strategy team leader of Samsung Group’s defunct future strategy office. The strategy office was disbanded in 2017 after it was implicated in the scandal that led to the impeachment of President Park Geun-hye.

Kim Shin is a former Samsung C&T chief, and Lee Young-ho is the company’s current chief, and Kim Tae-han is the CEO of Samsung Biologics. Choi Chi-hoon is currently the chairman of Samsung C&T’s board of directors.

Lee and the other Samsung Group officials are accused of interfering in the process of Samsung C&T absorbing Cheil Industries, and over-evaluating the value of Samsung Bioepis – an affiliate of Samsung Biologics – in the subsequent efforts to hide irregularities in the merger.

Lee and the future strategy team drew up an elaborate plan for succession of Samsung Group and to strengthen control with the minimum cost,” Lee Bok-hyun, the senior prosecutor who headed the probe, said.

He said that Lee and the indicted officials “systematically carried out unfair trade practices” including spreading false information and manipulating stock prices to achieve their goals, and that in doing so Samsung C&T executives caused damages to the company and its shareholders.

On the decision to indict them despite the review board’s suggestion of dropping the case, Lee Bok-hyun said that the decision was made due to the gravity of the alleged crimes after reviewing evidence, and discussing the matter with experts and high-level prosecutors.

Earlier this year, the Supreme Prosecutors’ Office’s investigation review board looked into the case on request of Lee Jae-yong, and concluded that he should not be indicted and that the probe should be dropped.