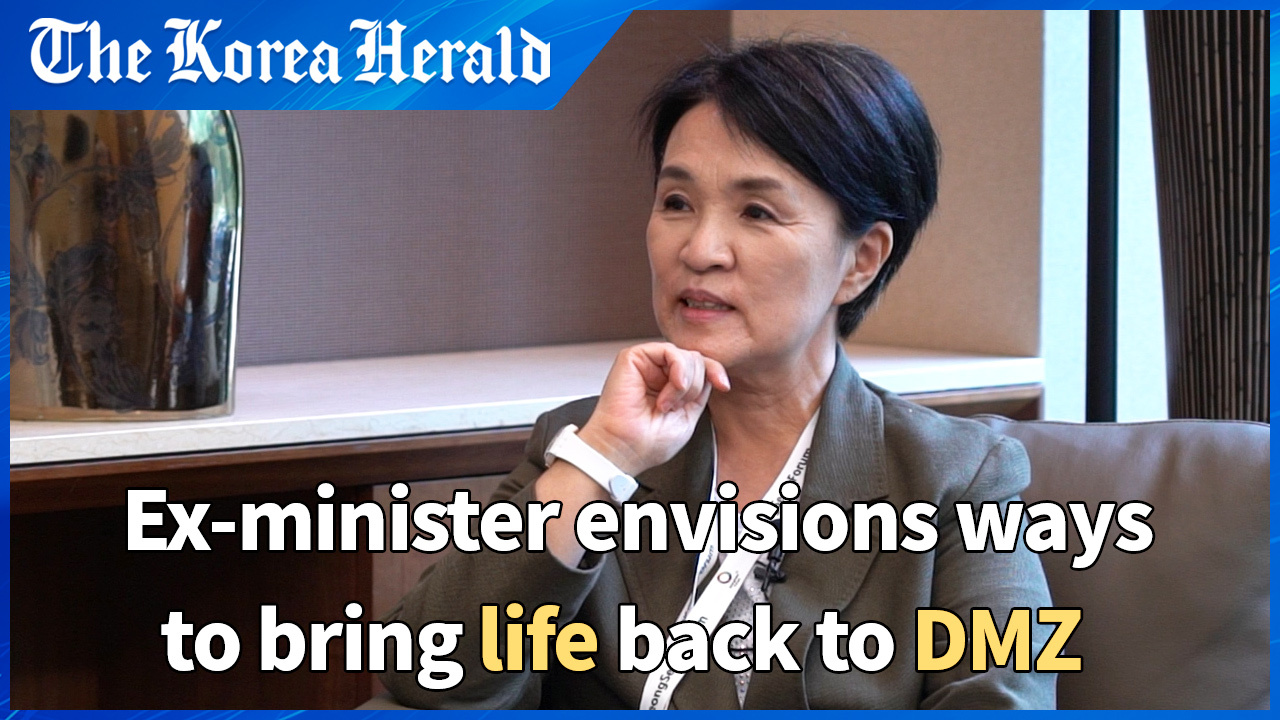 On the second day of the forum, former Justice Minister Kang Kum-sil held an interview with The Korea Herald. Freshly appointed as chair for Gangwon Art and Culture Foundation this spring, she openly discussed her vison to make a better environment for artists and citizens living in the province.

“I have two goals for now. One is to make a sustainable sponsorship system in order to prevent artists at Gangwon from worrying about their basic living conditions while doing art. Second is to change people’s perception of Gangwon Province. It includes many regions that border North Korea. The idea is to make the province symbolize peace and life through sustainable growth,” Kang said.

She meticulously explained the concept and efforts to transform the Demilitarized Zone that separates the two Koreas into what is called “Peace and Life Zone.” “We had kept the area without arms and people since the end of war, and as a result, nature fully blossomed there. Forests grew, and extinct animals are now found at the DMZ. If active inter-Korean exchanges happen, the North and South can together discuss the vision to bring back and sustain life and peace,” Kang said.

Under the theme of this year’s JeongSeon Forum “Sustainable Earth and Balanced Human Life,” Kang expressed her belief on how individuals can connect to each other and share their ideas for environment campaigns both on a local and global level. “From what I have studied and noticed so far, successful environmental movements are those that are initiated and shaped naturally, rather than beginning with strong, clear-cut objectives. The first step can be a daily 1-minute challenge,” she said.

During the interview, she spontaneously came up with the idea of a one-minute campaign for individuals, schools and companies. The idea is to leave a minute to think about the origins of the products that we are using, wearing, and consuming. Her idea is that this seemingly tiny effort of appreciating what we have for just a moment, can turn into a big movement ready for change by the end of the day.

Meanwhile, Kang plans to continue her research and writings on earth jurisprudence, a work-in-progress field that tries to go beyond shaping law from the lens of human justice and needs. Law that applies to sustainable growth and keeping the earth safe, is an area she feels needs more attention by experts and public.