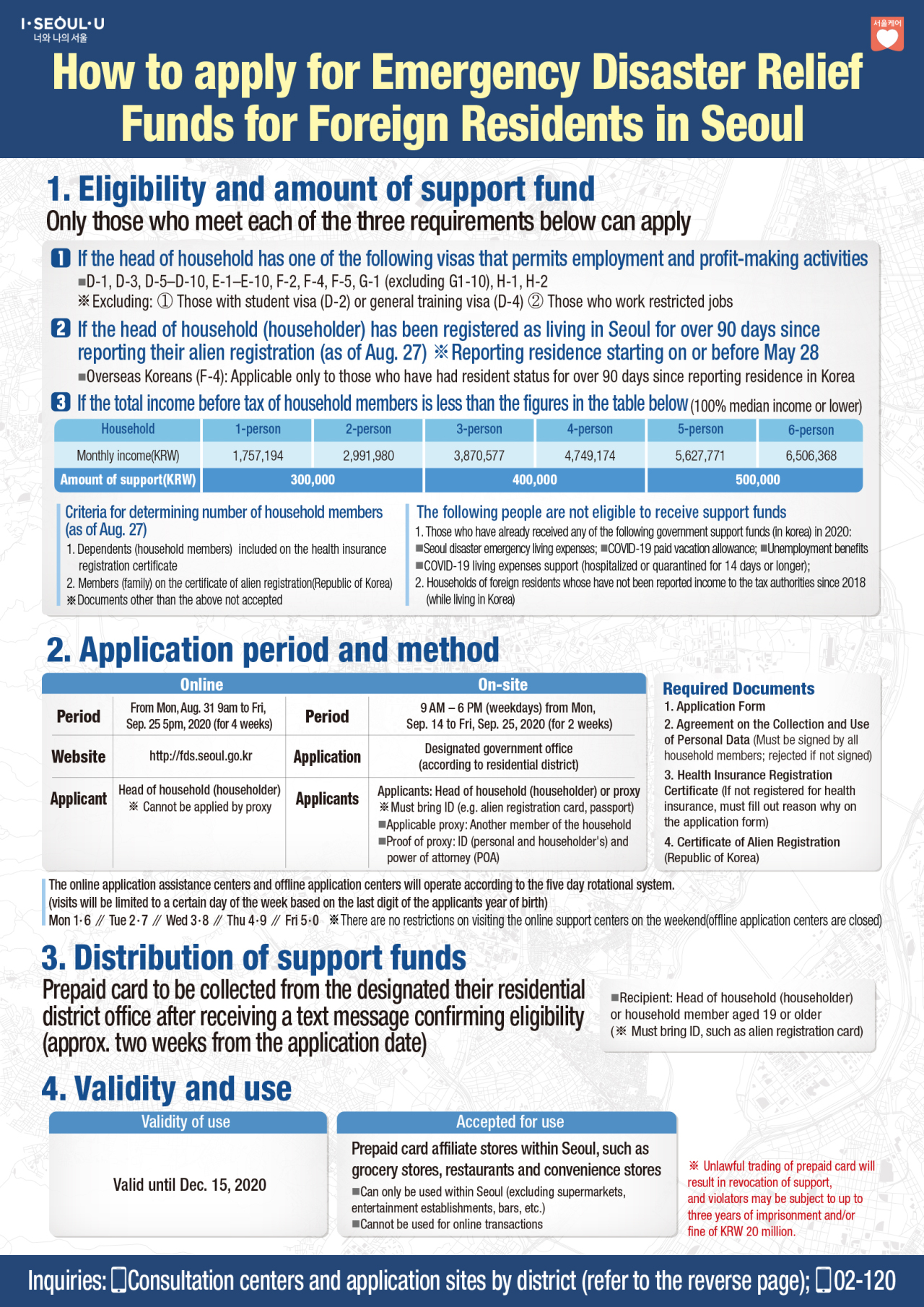 The Seoul Metropolitan Government said Wednesday it will provide emergency cash assistance to foreigners residing in the city who were excluded from its coronavirus relief program in March.

“We hope that this emergency support for foreign residents will help maintain the livelihood of 95,000 foreign households living together as members of the local community,” said Kim Sun-soon, director of welfare policy division at the city government.

Foreigners who have been living in the city longer than 90 days after applying for an Alien Registration Card as of Aug. 27 and who are qualified to stay here legally for employment and profit-making activities are eligible to apply for the program.

Those who stay here for studying and training, or who work for a business not allowed by their visa, will be excluded from beneficiaries.

The exact amount, which will be distributed via prepaid cards which expire on Dec. 15, will vary according to the number of family members.

The relief program came after the city provided a total of 542.3 billion won to 1.6 million households with median income and below in March in order to cushion the economic blow of the novel coronavirus pandemic.

At that time, married immigrants and refugees received the same benefits as Korean nationals but other foreign residents were left out. In June, The National Human Rights Commission of Korea recommended the city to provide relief fund to foreign residents to avoid infringement of the right of equality caused without rational reasons.

Beginning Aug. 31, foreign residents can apply through a website built for the program (http://fds.seoul.go.kr). The website will be available for 24/7 until Sept. 25.

For those who are not able to apply though online, 40 sites including Seoul Global Center and Seoul Counseling Center for Migrant Women will support application process.