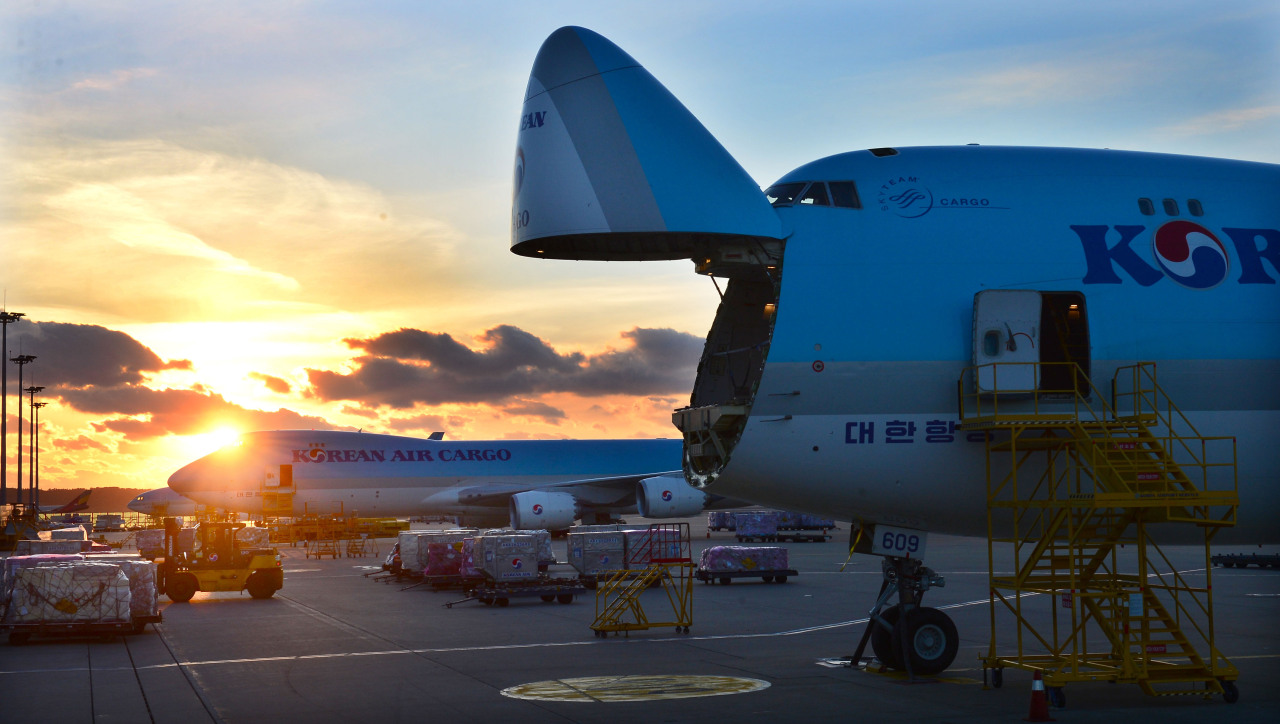 (Yonhap)
Korean Air has sold its in-flight catering and duty-free business to private equity fund Hahn & Co. for 990 billion won ($758 million) as part of its efforts to secure liquidity.

The decision was approved by the board of directors on Tuesday, with plans to acquire 20 percent stocks of what would become a newly established corporation to secure the supply chain.

The move is the latest in a series of efforts to secure funds to keep the airline afloat as the pandemic is predicted to prolong.

The deal is expected to take two to three months to be finalized and the flag carrier is expected to sign sales contracts for its in-flight catering and duty-free business ahead of time.

The announcement comes nearly two months after the airline and the equity fund signed a memorandum of understanding early July.

Korean Air recently also secured over 1 trillion won through a paid-in capital increase. But plans to sell its property in Songhyun-dong, Jongno-gu in central Seoul have been blocked as the city government seeks to designate the area as a public park.

The move to sell the catering business has been opposed by the labor union, which has been staging protests in front of its headquarters until last week. The labor union recently set up an emergency committee. There are 243 employees belonging to the catering-related unit.