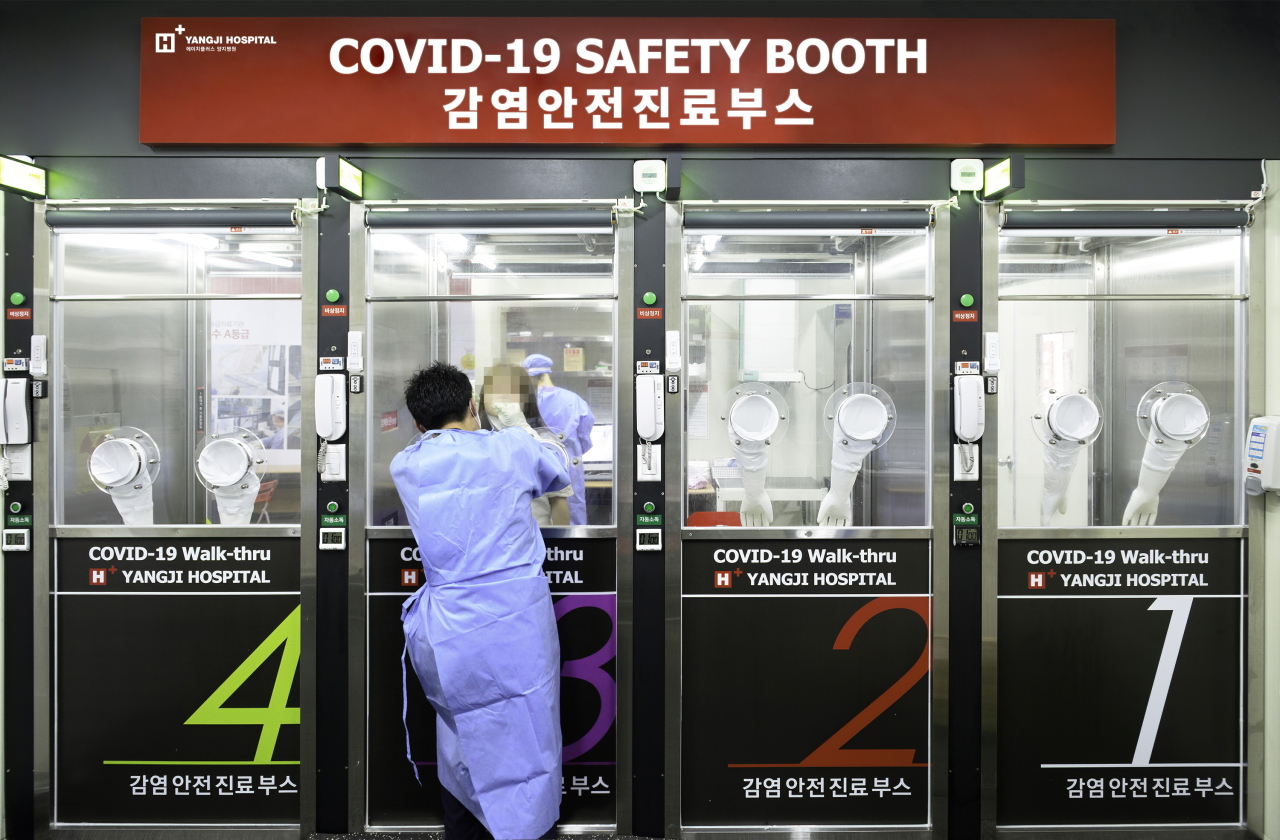 A health care worker at H Plus Yangji Hospital tests a visitor to the patented walk-thru testing facility. (KIPO)

South Korea’s patent office, the Korea Intellectual Property Office, said Tuesday that it has completed registration of the nation’s first patent for a booth that enables people to get tested for the new coronavirus quickly and with minimal risk to medical workers.

The patent was filed in May by Kim Sang-il, chief director of H Plus Yangji Hospital, a medical center in Seoul, and the registration process was completed Aug. 24, according to the patent office.

First deployed in the nation in February, the so-called “walk-thru” testing facility allows medical staff to take tissue samples within a facility that consists of separate booths. It helps reduce waiting time and prevents medical staff from being exposed to the virus. In addition, the new booth is equipped with extra pairs of disposable gloves that medical personnel wear over their own gloves when they take visitors’ tissue samples, protecting themselves and other people being tested, the KIPO said.

The number of patents filed for similar walk-thru testing solutions is on the increase, having risen from nine in March to 41 in August.

The information about the patented testing solution will be available in 61 nations, including Mexico, the US and China, the Korean patent office said.

“The office will try to share IPs regarding the coronavirus with global medical services providers and keep providing support for developers to come up with creative ideas,” said Won Jong-hyeok, a manager at the KIPO’s biotechnology health care review unit.