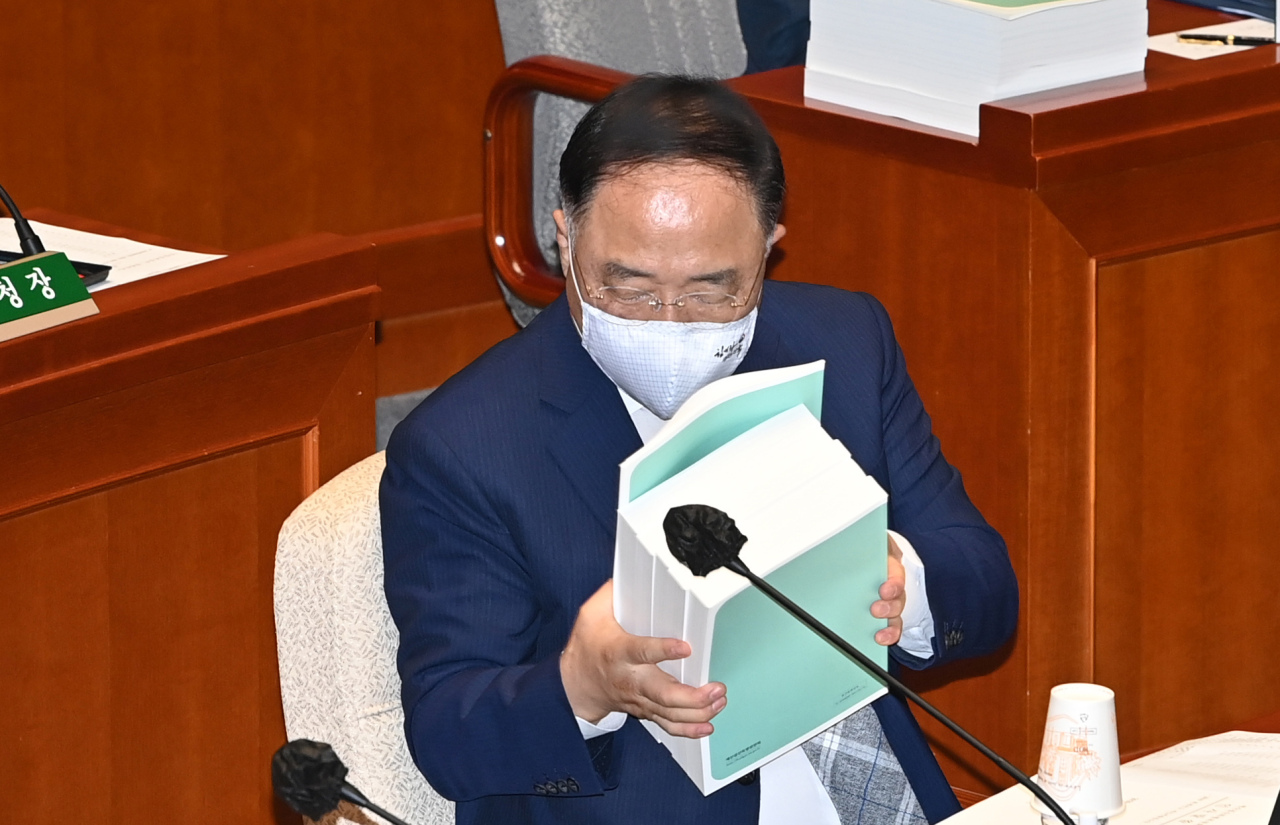 Hong told lawmakers that the government has not been having "in-depth discussions" over the possibility of offering a second round of emergency handouts.

The government will make a decision on the matter as it is monitoring the resurgence's impact on the economy, Hong said.

If the government decides to offer a second round of emergency handouts, it will have no choice but to sell state debts to cover the cost, Hong said.

In May, the government offered relief funds totaling 14.3 trillion won ($12 billion) to all households as part of efforts to cushion the economic fallout from the new coronavirus.

The amount of the handouts varied from 400,000 won for single-person households to 1 million won for households with four or more members.

South Korea reported 266 new cases of the novel coronavirus on Monday, bringing the nation's total caseload to 17,665, according to the Korea Centers for Disease Control and Prevention (KCDC).

Although the number of daily new infections fell below 300 for the first time in four days, it marked the 11th consecutive day of a triple-digit increase. (Yonhap)