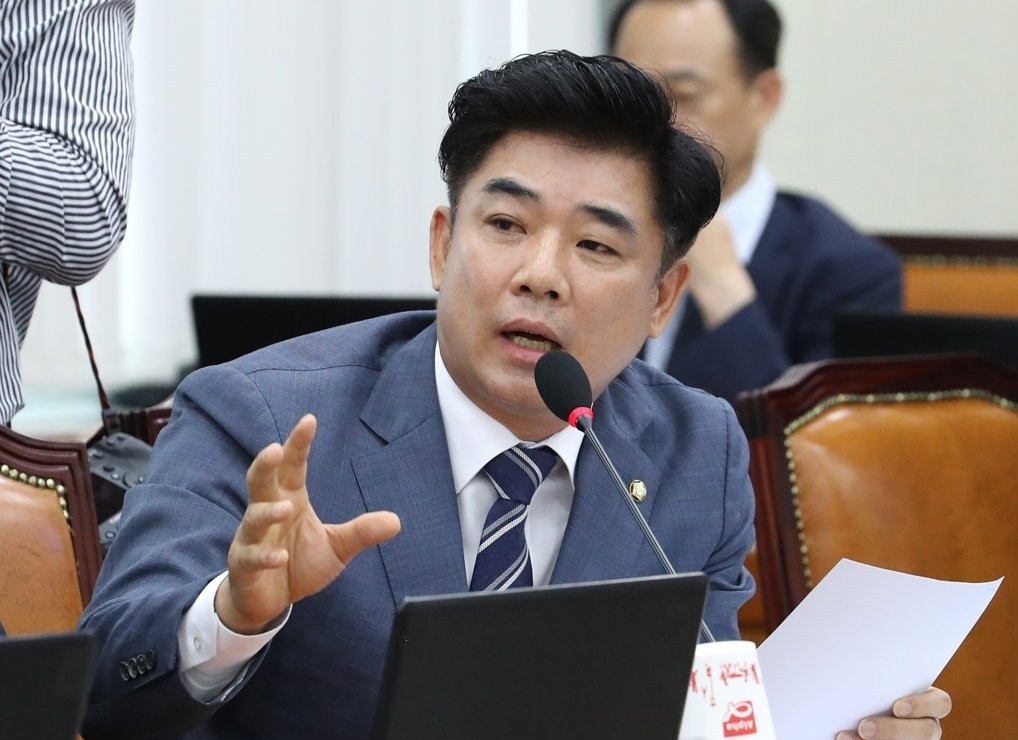 Kim Byung-wook, a lawmaker from the Democratic Party of Korea (Yonhap)

To reduce volatility in the stock market exacerbated by the novel coronavirus pandemic, lawmakers from the ruling Democratic Party are pushing to extend the six-month ban on short selling, news reports said Monday.

Short selling, or shorting, is a strategy of borrowing, selling and repurchasing a stock to return it to the lender. In effect, short sellers are betting on a drop in stock prices.

“Before the stock market lifts the temporary ban on shorting, there should be some conditions that need to be met,” said Kim Byung-wook, a lawmaker from the Democratic Party, in an interview with a local newspaper. “The market should be a level playing field for retail investors.”

Other Democratic Party lawmakers have echoed this view.

Of the 13 members of the National Policy Committee, a National Assembly decision-making body that deals with new policies, more than half reportedly agree that the ban on short selling should be extended.

The party is also said to be considering whether to allow short selling only for large cap stocks. Hong Kong has had a similar rule in place since 1994, allowing shorting for stocks with a market cap of at least 3 billion Hong Kong dollars and a turnover ratio exceeding 50 percent for 12 months. The ruling party is also pondering measures to prevent precipitous price drops by keeping short sellers from selling stocks below market value.

Amid a market rout caused by the coronavirus pandemic, on March 13 the Financial Services Commission, the nation’s financial watchdog, imposed a ban on short selling for six months. The ban is set to expire Sept. 15.