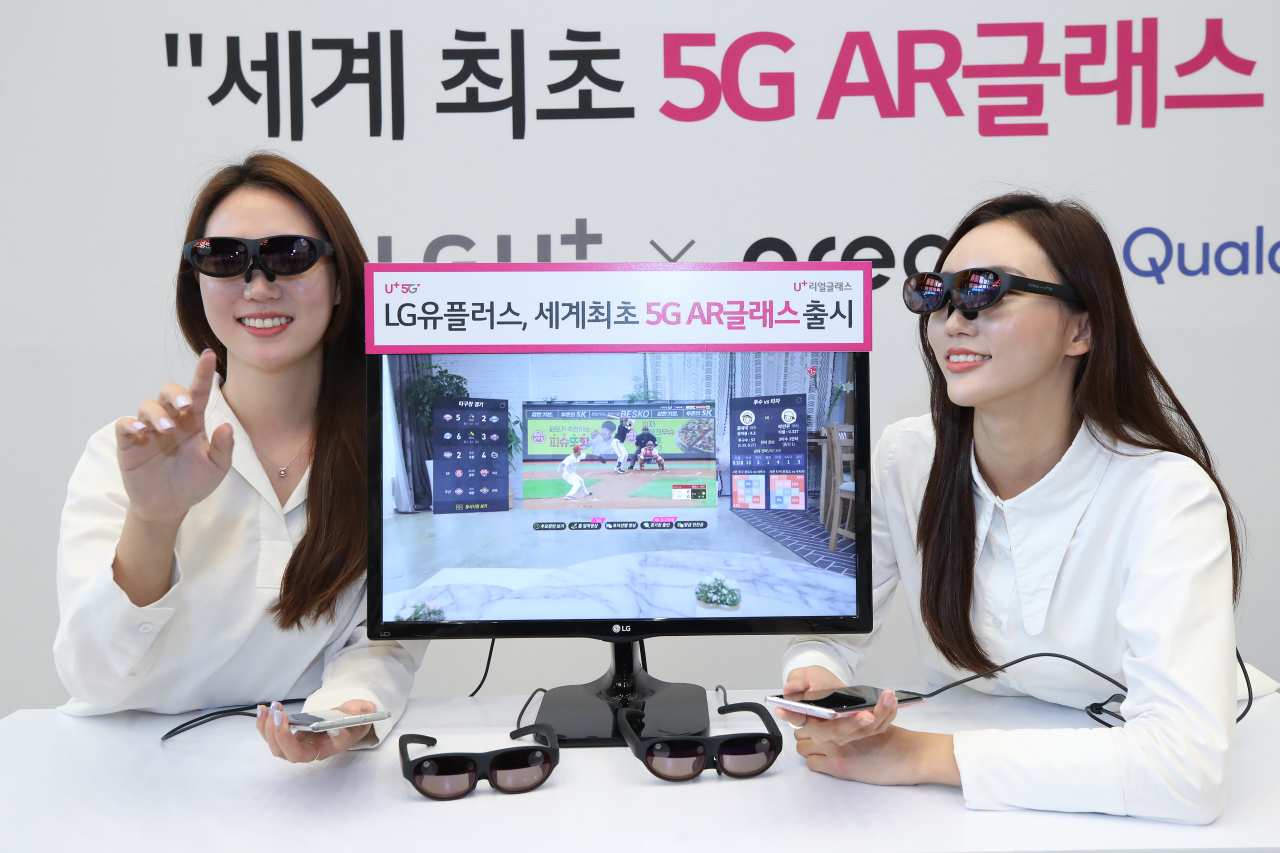 The wearable device named LG U+ Real Glass is supported by smart glasses provided by mixed-reality product developer Nreal and chipmaker Qualcomm, according to the telecom firm.

The glasses, which are to be connected to users‘ smartphone via USB, can project a display as wide as 254 centimeters. Users can project multiple applications from their smartphones, while using the smartphone as their remote controller.

This is the first attempt for a firm to sell 5G AR glasses directly to consumers. Microsoft and Google are among those that have developed AR glasses aimed at business-to-business markets. But the high prices, hovering above $2,000, and heavy weight of around 300 grams have limited market expansion, according to industry watchers.

LG U+ added that company will add real-time gesture recognition technology so that users can interact with virtual objects with their hands.

Later this year, the mobile carrier also plans to roll out a virtual conference service in partnership with the US-based developer Spatial.