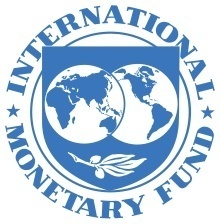 South Korea’s public debt is expected to surge until next year due to aggressive government spending to revive the sluggish local economy, according to the International Monetary Fund on Friday.

The IMF said the country’s general government debt-to-gross domestic product ratio -- an indicator of economic health and sustainability of government borrowing -- will surpass 46 percent this year, up 5.5 percentage points from 40.7 percent estimated last year. The pace of the rise is faster than the figure for 1998 (4.3 percentage points) when the nation was hit by the Asian financial crisis.

In the wake of the prolonged COVID-19 crisis, deficits are projected to balloon across the globe this year by more than 10 percentage points, IMF data showed. The average net debt-to-GDP ratios for 36 advanced economies surveyed by the agency will reach 122.4 percent this year, up 17.2 percentage points from the previous year at 105.2 percent, marking the largest gain since 1990.

However, while the average of major countries’ net debt is likely to decrease by 0.5 percentage points to reach 121.9 percent next year, the figure will surge to nearly 50 percent in Korea, up 3 percentage points from the previous year. Meanwhile, the United States, Japan and Germany are expected to reduce their national debt by 0.8, 4.3 and 3.7 percentage points, respectively.

This comes as the Korean government will stick to monetary easing policies in a continued effort to keep the local economy afloat, officials said. The government has carried out three batches of supplementary budgets, with its latest extra budget spending reaching 35.1 trillion won ($29.5 billion), the most ever in the country’s history.

The move has posed challenges to the nation’s fiscal health amid worsening tax revenues. The combined government tax revenue in May stood at 118.2 trillion won, down 21.3 trillion won from a year earlier, while the fiscal deficit in the first five months surged to 78 trillion won, according to the Ministry of Economy and Finance.