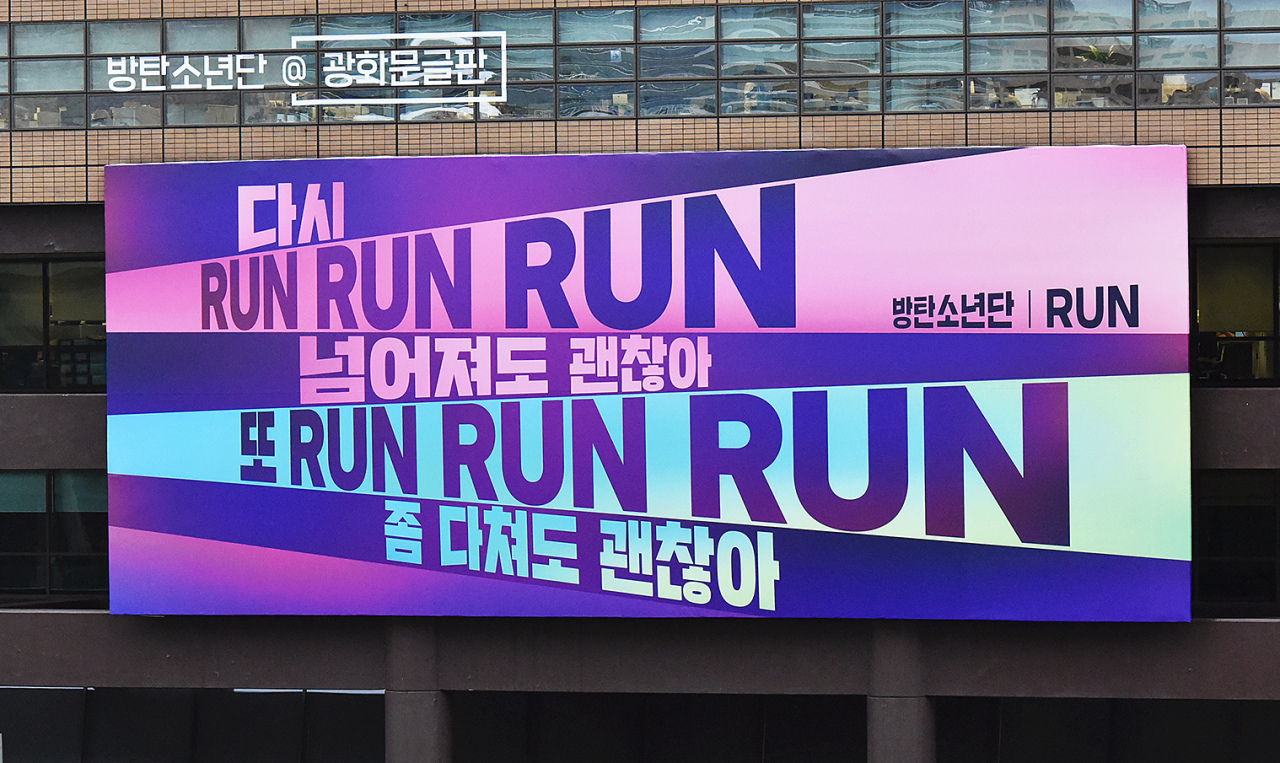 (Kyobo Life Insurance Co.-Yonhap)
Words from the song "Run" by K-pop group BTS have been featured on an iconic signboard in downtown Seoul.

The banner, 20 meters by 8 meters in dimension, has been up on the Gwanghwamun building and on the company's building in Gangnam Ward in southern Seoul since Monday. It will be put on display for a month.

The message of "Run" centers on the anxieties today's youths face, with the band offering encouragement to those in their growing years to push toward their dreams in spite of hardships.

Kyobo Life Insurance Co., which owns the signage, said it decided to feature the BTS song lyrics to provide solace to the public fatigued by the ongoing new coronavirus pandemic.

The Kyobo billboard is a well-recognized hallmark of the Gwanghwamun area, one of the most frequently visited travel hot spots and a major business district in the South Korean capital.

The company has displayed eye-catching texts, mostly of poetry or folk song lyrics that highlight the zeitgeist of the time, on the billboard for the past 30 years. It is the first time a K-pop dance song has been featured on the signboard. (Yonhap)