The seven-piece boy band under J-Flo Entertainment teamed up with a batch of global musicians to release “Me Me We,” a song that offers a message of comfort in the fight against COVID-19. This time, four members -- Jinkwon, Yunmin, Woochul and Hwi -- lent their voices for the hopeful-sounding song.

“It’s a difficult time for all of us, so we wanted hope to resonate all over the world with this small sonic gift. We are really glad to be able to reach out to fans with this new song and new artists,” said Woochul during an interview with The Korea Herald on Thursday. 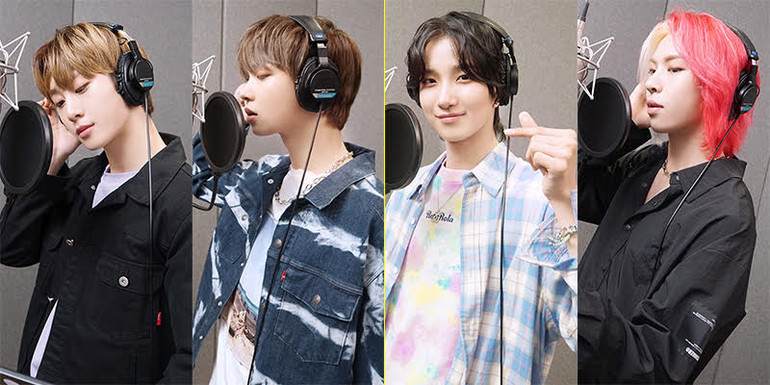 (Warner Music Korea)
Sponsored by the Gangnam District Office in Seoul and organized by Warner Music, the feel-good song also features Korean acts Ailee and Ravi from Vixx, as well as overseas musicians such as Rahmania Astrini from Indonesia, Aizat Amdan from Malaysia, Chillies from Vietnam, PAAM from Thailand and Quest from the Philippines.

A total of eight acts boasted global teamwork in the creative process, recording each of their part in their own countries in their own languages and blending them together into one great harmony. The song has been produced by MZMC, a producer who previously worked with the likes of EXO, SHINee and Red Velvet.

“It’s been such an honor to work with so many renowned musicians. We hope to deliver our happy vibe and energy,” said Hwi. Jinkwon also teased that the music video will capture each artist’s own charms. Funds generated by the campaign will be donated to the Cultural Foundation.

Having debuted in April last year with its self-titled EP “Newkidd,” the rising boy band shared that they’ve been feeling wistful for their upcoming activities that have been put on hold due to the pandemic. Newkidd was supposed to make a debut in Japan sometime this year and tour a total of 18 Latin American cities in May. The act’s latest album is “Come,” out in November last year. 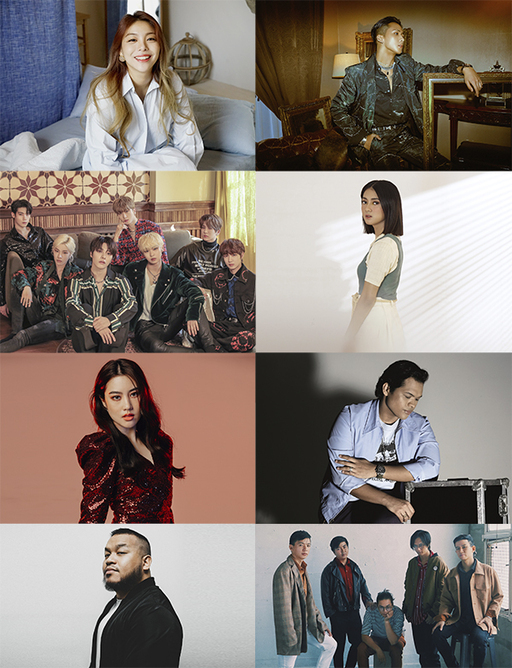 (Warner Music Korea)
With the absence of all offline events, the boys have been uploading dance covers of various K-pop songs on YouTube in an effort to keep connecting with global fans. On the back of the 14-week dance project, Newkidd’s channel has racked up over 100,000 subscribers in eight months.

“Since we can’t move around freely due to COVID-19, all we do is going back and forth from our dormitory to studio and practicing dance covers. But these times actually brought us closer than ever,” said Yunmin.

“We haven’t met our fans in person since the outbreak. We really miss them, their energy. The first thing we’d like to do after the pandemic ends is to perform onstage,” said the boys in unison.

They also hinted that the group is working for its new album, with Hwi adding, “We really hope to take first place on music shows with the new record.”

“Me Me We” was released on the day on local streaming sites.