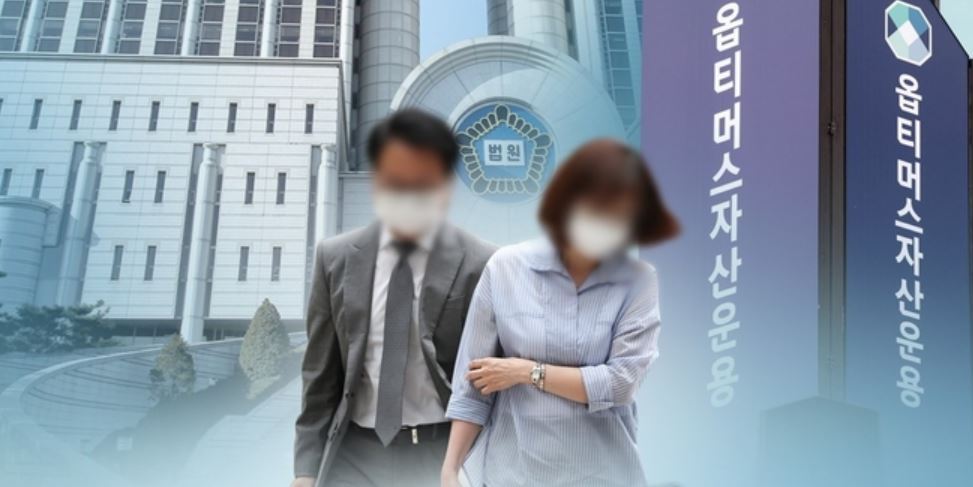 (Yonhap)
This is the final installment in a two-part series exploring Korea’s troubled hedge funds. -- Ed.

From Lime Asset Management Asset that suspended 1.66 trillion won ($1.38 billion) in assets to Optimus Asset Management that froze 550 billion won of investors’ money, hedge fund managers with a short proven track record appear to have reached out to political figures to cover up their shallow investment strategies, according to market observers.

This month, Lime CEO Won Jong-jun and three key figures of Optimus, including CEO Kim Jae-hyun, were arrested on fraud allegations. This came three months after Lime ex-CIO Lee Jong-pil and one of the fund backers, Kim Bong-hyun, who allegedly executed corporate raids while misappropriating Lime’s funds, were nabbed by prosecutors.

In the meantime, political figures associated with the registered entities’ wrongdoing are increasingly finding themselves in the limelight.

A former presidential office employee surnamed Kim was arrested in April on charges of bribery and leaking confidential information involving one of the backers to Lime.

To the surprise of many, Optimus was found to have been advised by political heavyweights such as former Finance Minister Lee Hun-jai and former Prosecutor General Chae Dong-wook -- both considered to lean toward the ruling party.

Also, the wife of one of the ex-Optimus board members was found to be an administrative official in the presidential office since October.

Discovery Asset Management, which invested in US private debt issued by Direct Lending Investments, is run by Jang Ha-won, the younger brother of former presidential chief of staff Jang Ha-sung.

Moreover, opposition lawmakers appear to be targeting Lee Hyuk-jin, founder of Optimus, over his ties to the Moon Jae-in campaign and his aides.

Lee launched a predecessor to Optimus in 2009, but turned to politics, seeking a parliamentary seat in 2012. Though he failed to enter the National Assembly, he was hired as a financial policy adviser to Moon Jae-in, then a presidential candidate, in the same year.

The Optimus founder left the country while he was under investigation by the prosecution over alleged tax evasion, embezzlement and sex crimes. He was last spotted at events affiliated with Moon’s official visit to Vietnam and the United Arab Emirates in 2018.

The committee members, led by United Future Party Rep. Yu Eui-dong, visited former Optimus headquarters in southern Seoul Wednesday to discuss measures to remedy end-investors of the fund who rallied in front of the office. The space is currently occupied by financial authorities.

The committee urged financial authorities to come up with more detailed documents to ensure that scam victims can obtain compensation.

Korea’s hasty move that lowered the bar for homegrown hedge funds in 2015 is probably to blame, as it allowed small asset managers with a lack of experience and strategies to acquire the legal qualification to manage funds, they said. Their minimum required investment funds also reduced from 500 million won to 100 million won.

The market grew fast, but at the same time it exposed regulatory loopholes such as authorities’ weak monitoring systems. Over 5.6 trillion won in 22 local funds have suspended redemptions, according to the opposition party.

“Strengthening requirements and sorting out hedge fund operators that are capable of managing funds are necessary,” said Kim Jong-min, a senior research fellow at the Korea Capital Market Institute.

“Although stricter regulations may be enforced, the industry on its own needs to strengthen its capability to restore investors’ trust.”