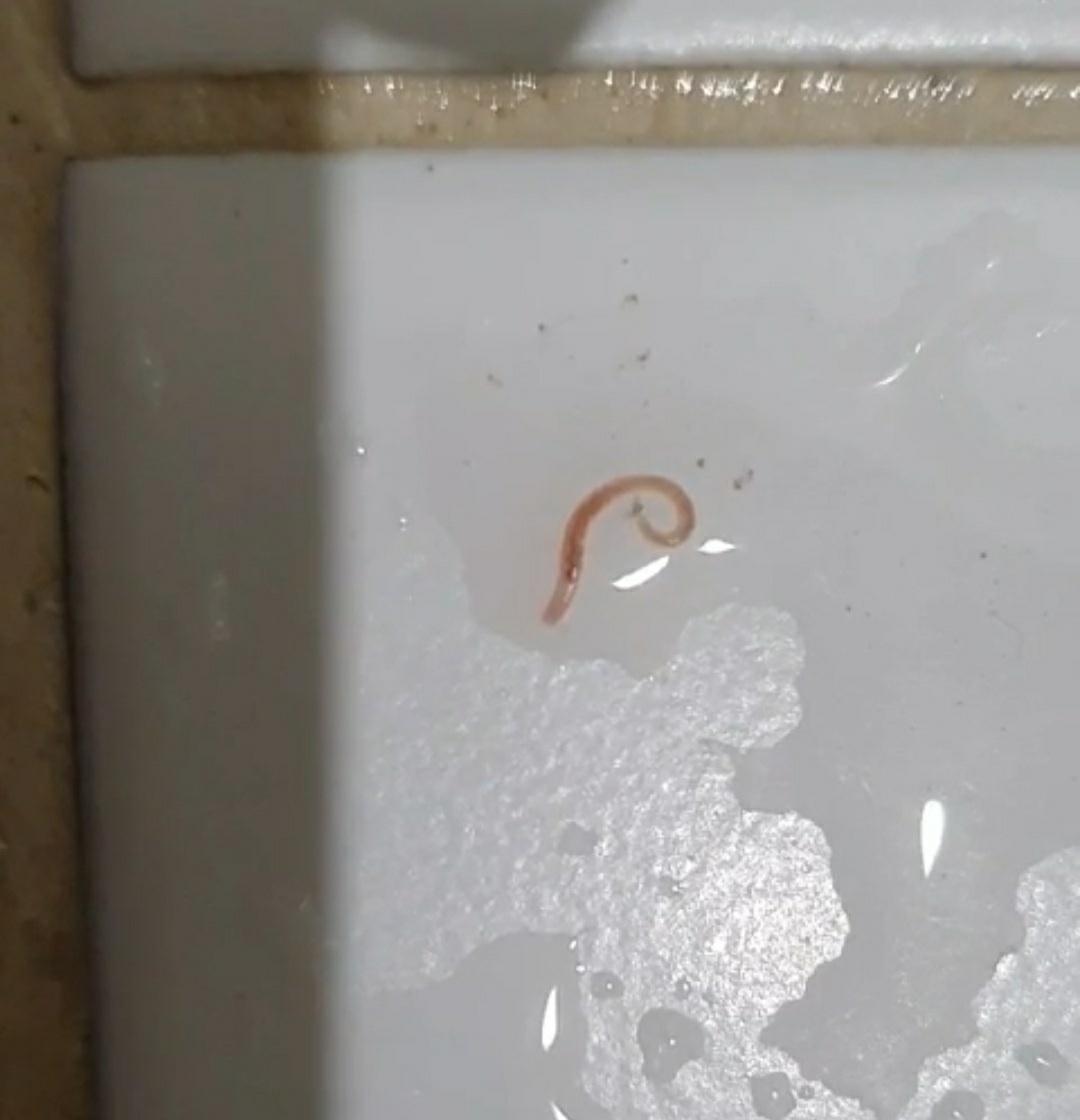 At around 11 p.m. Sunday, a resident of an apartment in Jung-gu, central Seoul, reported finding a centimeter-long, “worm-like creature” the thickness of a hair on the bathroom floor after taking a shower. The creature seemed to be alive and moving.

After the report was filed with local authorities, workers at the Seoul Waterworks Authority were dispatched to collect and examine the creature. Officials are also working to ascertain whether the creature flowed into the bathroom through water pipes or via an external channel.

The waterworks officials announced that they found no problem with the building’s basement water tank in their initial investigation, but located some bugs outside the tank. They added it is unlikely at the moment that the creature traveled from connected water-purifying plants or the reservoir.

The Seoul Waterworks Authority said that six water-purifying centers for the city are operated in a way that bugs cannot get in while running based on the results of a maintenance check done last week.

In a later announcement, the waterworks said it found no evidence of any foreign entities or larva-like creatures from tap water samples collected at the Jung-gu apartment. Officials believe the worm could have come from dirty sewage pipes underneath the bathroom.

The report of a bug found in Seoul is alarming as it was initially believed that possible water contamination was limited to some areas of Incheon last week.

Incheon’s city government came under fire last week after 508 complaints dating to July 9 were revealed to have been filed by residents who reported finding larva-like creatures in their tap water. Of the complaints, city officials collected creature samples from 149 cases.

Inspectors have so far found no sources of contamination and said the overall water quality was up to standards. As the complaints were limited to specific areas, city authorities suspect problems with water tanks or pipes, but not with the water purification centers or the water quality itself.

But later Sunday afternoon, a resident in Paju, Gyeonggi Province, also reported finding a larva-like creature in tap water. The case ignited worries that the possible water contamination was not limited to Incheon and its largest district.

Alarmed by the continued findings, the central government is now also involved in investigating and resolving the case.

Prime Minister Chung Sye-kyun on Monday morning ordered the Ministry of Environment to conduct an emergency inspection of all water-purifying facilities throughout the country. He urged an “imminent” investigation into the case while making all progress “transparent.”

Due to the increasing number of reported cases, Koreans have sought to buy purifying filters for tap water on their own. Experts, meanwhile, have said the worms are not likely to cause major health issues if consumed.

According to online marketplace WeMakePrice, the number of orders for showerhead filters for a week from July 13 jumped 1,716 percent from the same period last year.