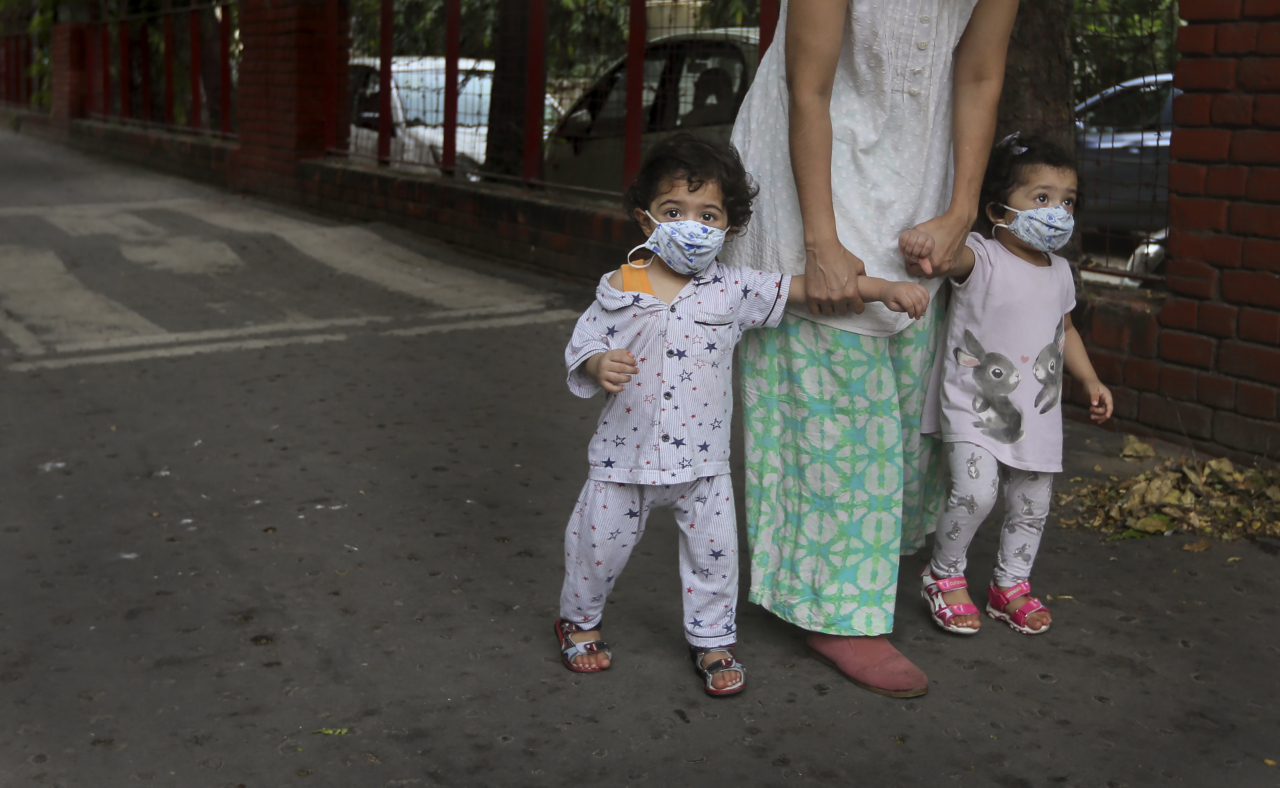 (AP-Yonhap)
NEW DELHI (AFP) -- India on Friday became the third country in the world to record one million coronavirus cases, following Brazil and the United States where infections also continued to surge.

The virus has killed more than 588,000 people and infected nearly 14 million around the world since first being detected in China late last year.

But, despite extraordinary restrictions on people travelling that have crippled the global economy, the pandemic is worsening in many parts of the world.

The United States also on Thursday posted yet another record daily spike in infections, as the virus deepened political divides with Western nations accusing Russia of trying to steal vaccine research.

The hacking accusation came as European leaders prepared to hold a face-to-face summit on Friday in an attempt to hammer out a post-virus economic rescue plan.

With more than 600 people dying daily in India, lockdowns have been reimposed on millions of people across the world's second-most-populous nation.

India's main hotspots had previously been the megacities of Mumbai and New Delhi, but smaller cities and rural areas -- where 70 percent of Indians live -- have recently begun to raise the alarm.

The coastal tourist region of Goa on Thursday evening became the latest Indian state to go under lockdown, imposing a three-day shutdown and a nightime curfew until August 10.

With per capita spending on health care among the lowest in the world, India's hospitals are reeling.

"The fear of catching the infection is very real as I am in a high-risk zone almost round the clock," Showkat Nazir Wani, a doctor working at an intensive care unit at Sharda Hospital just outside the capital New Delhi, told AFP.

"It's not going to go away till a vaccine comes... I have to keep fighting and trying to save every single life."

Hopes for a vaccine were given a boost on Thursday when British media reported that an Oxford University trial had shown a prototype generated an immune response against the virus.

But hours later Britain's National Cyber Security Centre said the research project was among a number of British labs targeted by a hacking group attempting to "steal valuable intellectual property".

The agency said it was "almost certain" the hackers were part of Russian intelligence, with the US and Canada backing the claim in a joint security advisory.

Kremlin spokesman Dmitry Peskov dismissed the idea, saying Russia has "nothing to do with these attempts".

In Europe leaders from the 27-member EU bloc are gearing up for their first in-person meeting in five months on Friday, where they will discuss a post-virus economic rescue plan.

Officials have drawn up proposals for a huge stimulus package but northern capitals led by the Netherlands are holding out against doling out cash to their southern neighbours without strict conditions.

Economies have been battered by months of lockdowns and many countries barely had a chance to get the wheels turning again before second waves of the virus brought fresh restrictions.

Bars and schools were closed in Hong Kong this week as infections in the densely populated city started to climb, although the record infection numbers in the dozens is far lower than other parts of the world.

A record 293 cases were also reported in Tokyo on Friday.

In Melbourne, Australia's second-biggest city, a second wave has continued to worsen despite the reimposition of a lockdown. A daily record of 423 new cases were confirmed on Friday.

"We have not turned the corner here, worse than that," he said. (AFP)