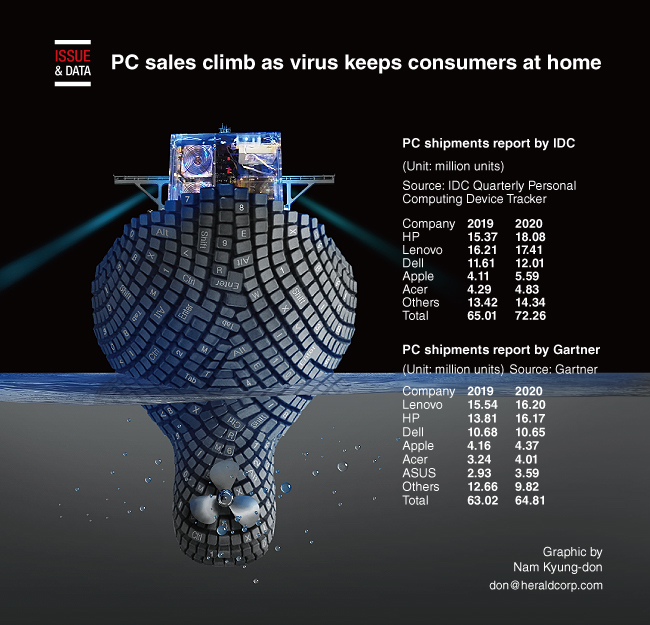 PCs, somewhat left behind in the mobile internet age, are making a comeback as people stuck at home due to the coronavirus rely on them for work, education and entertainment, industry watchers say.

Gartner and International Data Corp. reports show shipments of desktop computers, laptops and workstations grew in the second quarter as pandemic-related disruptions to the supply chain were overcome.

IDC determined that PC shipments worldwide jumped 11.2 percent to 72.3 million units on the same quarter a year earlier. Gartner had the climb at 2.8 percent, to 64.8 million units.

Both market trackers ranked HP and Lenovo as the top two PC makers, with Dell in third place. Apple, which doesn’t use Microsoft’s Windows operating system but is nevertheless grouped among PC makers, came in fourth. (AFP)