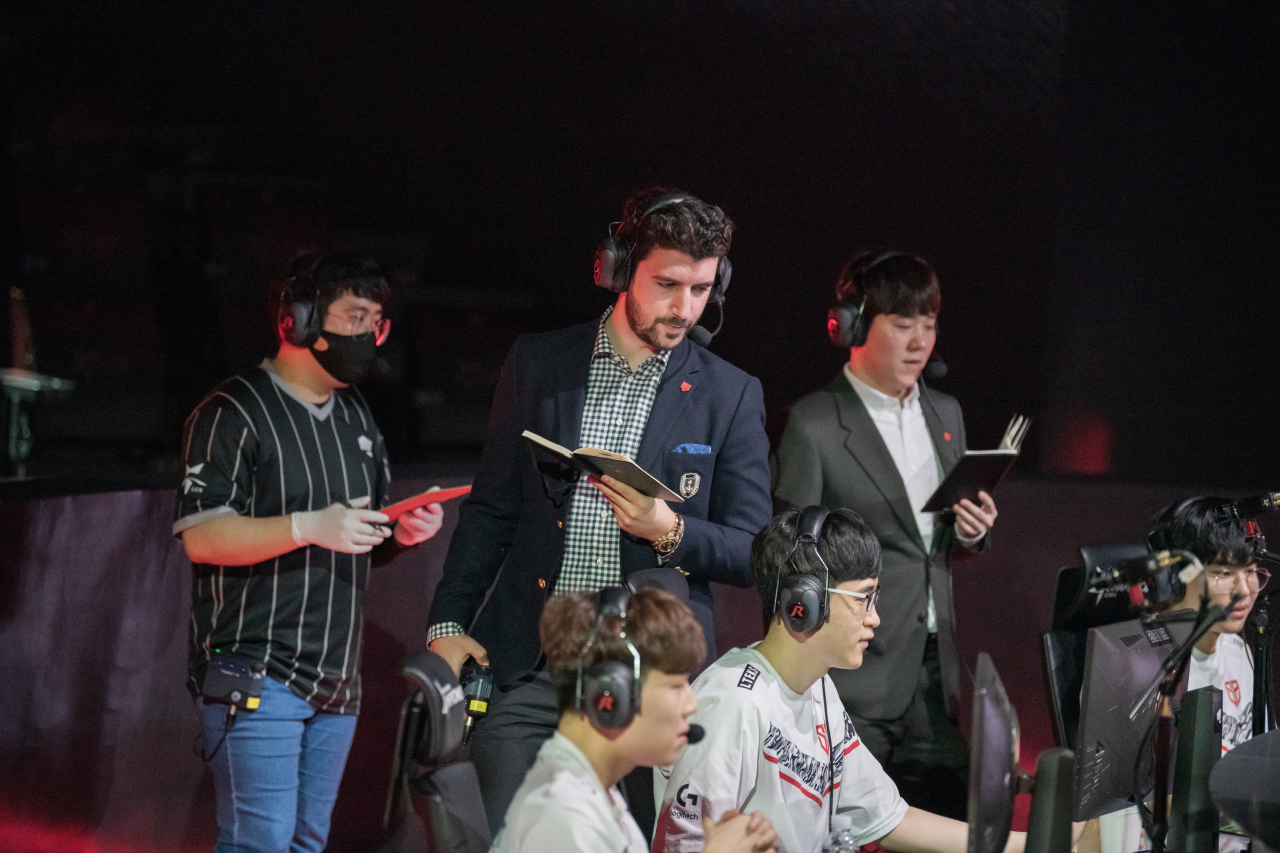 Jakob Mebdi, the first non-Korean head coach in the League of Legends Champions Korea, is proving that importing foreign talent can work in the Korean esports scene game after game.

Mebdi is also known by his game name “YamatoCannon,” which he started using as a League of Legends esports player.

When Sandbox Gaming announced the hiring of Mebdi as head coach before the summer season, many were surprised at the organization’s bold decision.

Although some game industry insiders said that it is time for LCK to change by adopting and learning from foreign leagues, bringing in a foreign coach was a completely different issue as Korean coaches were still considered top-tier.

Mebdi is not only the first foreigner to lead an all Korean team but also the youngest coach ever for the LCK at age 24. In addition to the language barrier, there were concerns about Mebdi coaching a player older than he is in a culture that highly values respect for one’s elders. The Sandbox Gaming team is home to 25-year-old veteran player Kang Beom-hyun, known as his game name “GorillA.”

Furthermore, Mebdi’s arrival to the LCK was delayed because he had to wait for his visa and undergo a mandatory two-week quarantine after arriving in Korea to prevent the spread of COVID-19. Sandbox had to start the season without him, and although he was communicating with the team remotely, Sandbox went 0:5 in its first five matches. Many doubted Mebdi could bring significant changes to a team that lost its color, despite being a strong contender for World Championship qualifications last year. Whether Mebdi could bring back the form of each player by coaching them face to face remained a mystery.

Then the “Yamato magic” began.

Since Mebdi has been out of quarantine, he has lead Sandbox to a three-game winning streak and remains undefeated. After announcing their first victory against Team Dynamics, Sandbox won against both KT Rolster and Hanhwa Esports 2:0, and the confidence level and condition of the players has been continuously improving.

Along with the technical aspects, Mebdi focused on installing confidence in the team members and is known to quote numerous motivational phrases through player interviews. He also handed out Dragonballs to each of the five players in Sandbox before their first match as a good luck charm to stress the importance of unity.

“At the arena today, he (Mebdi) said, ‘Individual players are fingers. Together, we can become a fist and a finger cannot beat a fist. Become one and become a fist,’” said Sandbox player Kim Jang-gyeom during his interview after their first win.

One could argue that Sandbox faced tougher opponents in the start of the season, facing the current top five teams from the get go and have faced relatively easier opponents since Mebdi joined. Mebdi will try to prove that Sandbox is still a World Championship contender in the second half of the season while facing the top teams for the first time.

Meanwhile, Sandbox will face two teams, SeolHaeOne Prince and KT Rolster, in the lower half of the standings this week and hope to continue the miracle run.