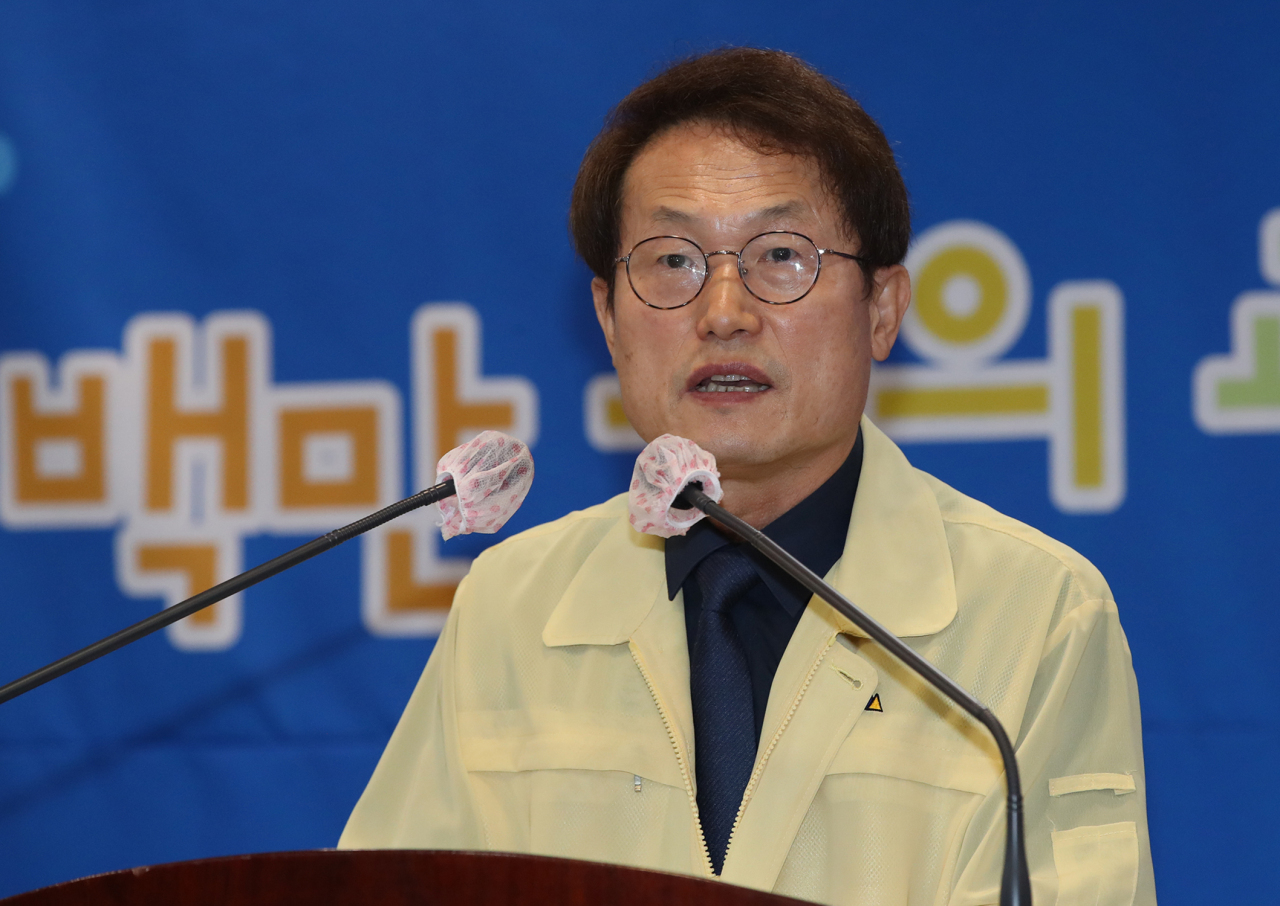 Seoul Metropolitan Office of Education Superintendent Cho Hee-yeon (Yonhap)
Another elite high school in Seoul is likely to lose its autonomous status next year amid the liberal administration’s highly-controversial push to do away with elite schools.

The Seoul Metropolitan Office of Education announced Thursday that it has started the process of officially revoking the designation of Whimoon High School in Gangnam District, southern Seoul, as an independent private school.

The office citied a local regulation that authorizes it to cancel the special status of a school if illegal accounting practices are discovered at the school.

A 2018 audit discovered embezzlement worth more than 3.8 billion won of the school budget at Whimoon by its operating entity between 2011-2017. Three executives were indicted with relation to the case and were sentenced to four years in prison in April, except for a honorary chairman who passed away during the trial.

The Seoul education office is planning to hold a public hearing on July 23 regarding the school situation and reach a final decision. A cancellation of the school‘s license will require approval from the Ministry of Education.

Should its special status be stripped, Whimoon will become an ordinary high school in 2021, but current students will be able to continue the curriculum the school has set as an independent private school.

The school’s officials could not be reached for comment as of press time.

The government has been pushing to do away with the privileged ranking of elite schools in the country, saying they deepen education inequality, stratify schools and promote private educational spending.

Critics argue that the policy deprives opportunities for high-ability students to advance to educational institutions of their choice.