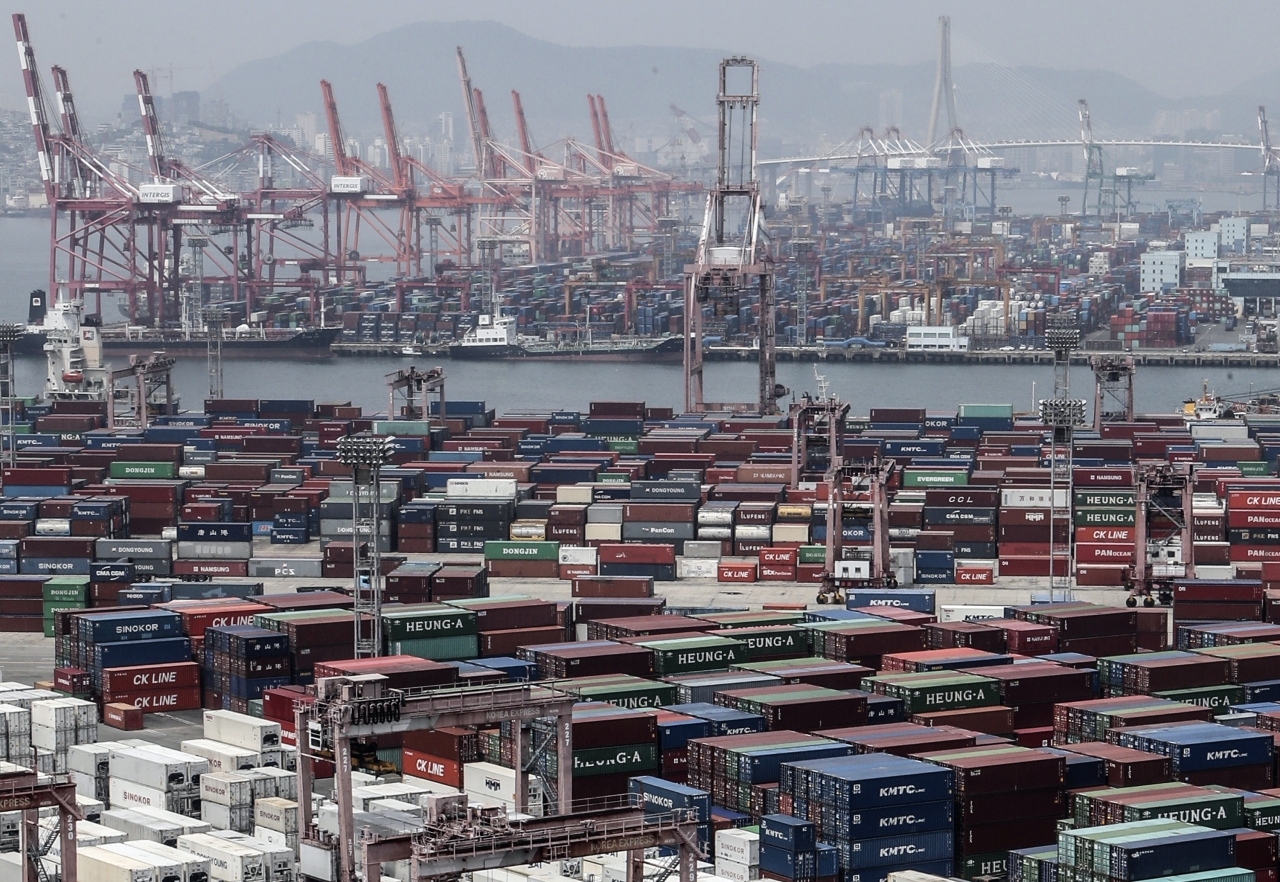 (Yonhap)
South Korea said Wednesday it will push for the conclusion of a mega Asia-Pacific trade deal this year to help boost ailing exports and cope with the growing protectionism around the globe in the face of the new coronavirus pandemic.

The country plans to participate in another round of online talks with members of the Regional Comprehensive Economic Partnership (RCEP) on Thursday to address remaining agenda items, according to the Ministry of Trade, Industry and Energy.

Last month, trade ministers from the member nations reaffirmed that the trade deal will be signed no later than this year.

The participating nations launched their official talks in 2013.

When concluded, RCEP will create a mega economic bloc that accounts for a third of the world's gross domestic product.

South Korea, whose economy depends heavily on exports, has been emphasizing the importance of free trade deals to cope with economic uncertainties stemming from the COVID-19 pandemic.

The country's outbound shipments fell 10.9 percent in June, marking the fourth consecutive month of decline amid the fallout from the new coronavirus pandemic. (Yonhap)