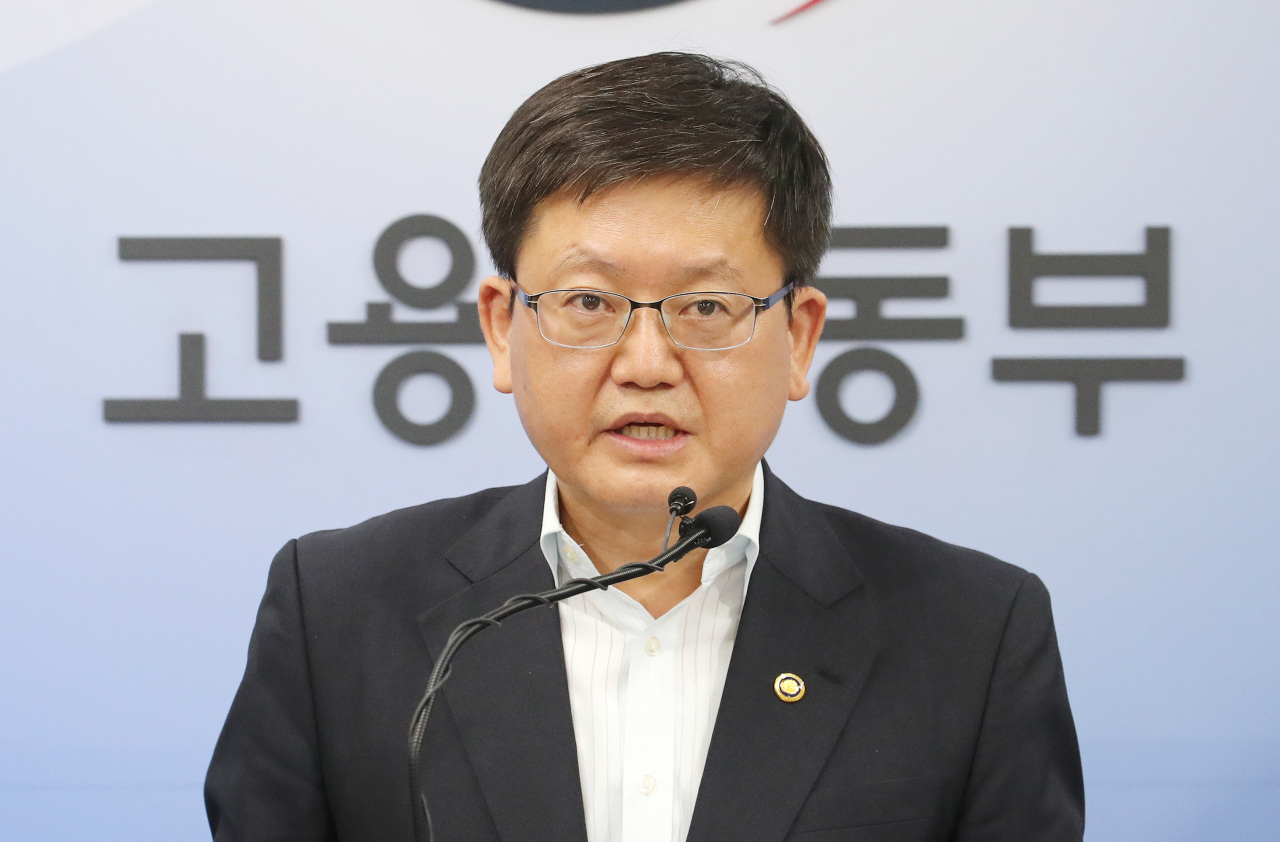 The country has been under pressure from the European Union, among others, which claims the failure to institutionalize the global labor pacts is in breach of the Korea-EU free trade agreement. Despite joining the ILO in 1991, South Korea has yet to ratify four of the eight core conventions on protection of workers’ rights.

“The Korean government has promised to follow the core ILO conventions from joining the OECD in 1996, but we unfortunately have failed to ratify those on forced labor and rights to organize,” Vice Labor Minister Lim Seo-jeong said in a press briefing.

Earlier in the day, the Cabinet approved the ministry’s motion for parliamentary ratification of the conventions on the freedom of association; right to organize and collective bargaining; and the prohibition of forced labor.

The remaining convention on abolition of forced labor was excluded as it contradicts with local statutes and requires legal revision for adoption.

The ministry plans to submit the proposal to the parliament within this month.

“Ratifying the key ILO conventions is an act of keeping the promise with the international community and a basic requirement to maintain as an advanced nation,” the vice minister said.

Under the liberal Moon Jae-in administration, Korea has been pushing to approve the key ILO conventions at the National Assembly but has faced strong opposition from the main opposition party and business lobby groups which fear giving more power to already-strong labor unions. A motion for their ratification, submitted to the previous 20th National Assembly, was automatically scrapped with the end of the parliamentary term.

The new motion, however, has a better prospect at the 21st parliament, as the ruling party holds super-majority of 176 out of the total 300 seats.

In December 2018, the EU urged the country to start considering ratifying the conventions through a dispute settlement system adopted in the two entities’ FTA reached in 2011.

A panel of experts was also scheduled to review Seoul’s compliance with the FTA starting this April but it has been postponed due to the COVID-19 pandemic. Korea has been concerned that the conflict could lead to EU’s trade retaliatory measures against Korea.

“The issue of core ILO conventions is not just a matter for labor but is expanding as an economic problem, and there are concerns that the EU may pressure through various measures,” Lim said. “Ratifying the core conventions could resolve the potential trade risks and protect the national interest.”