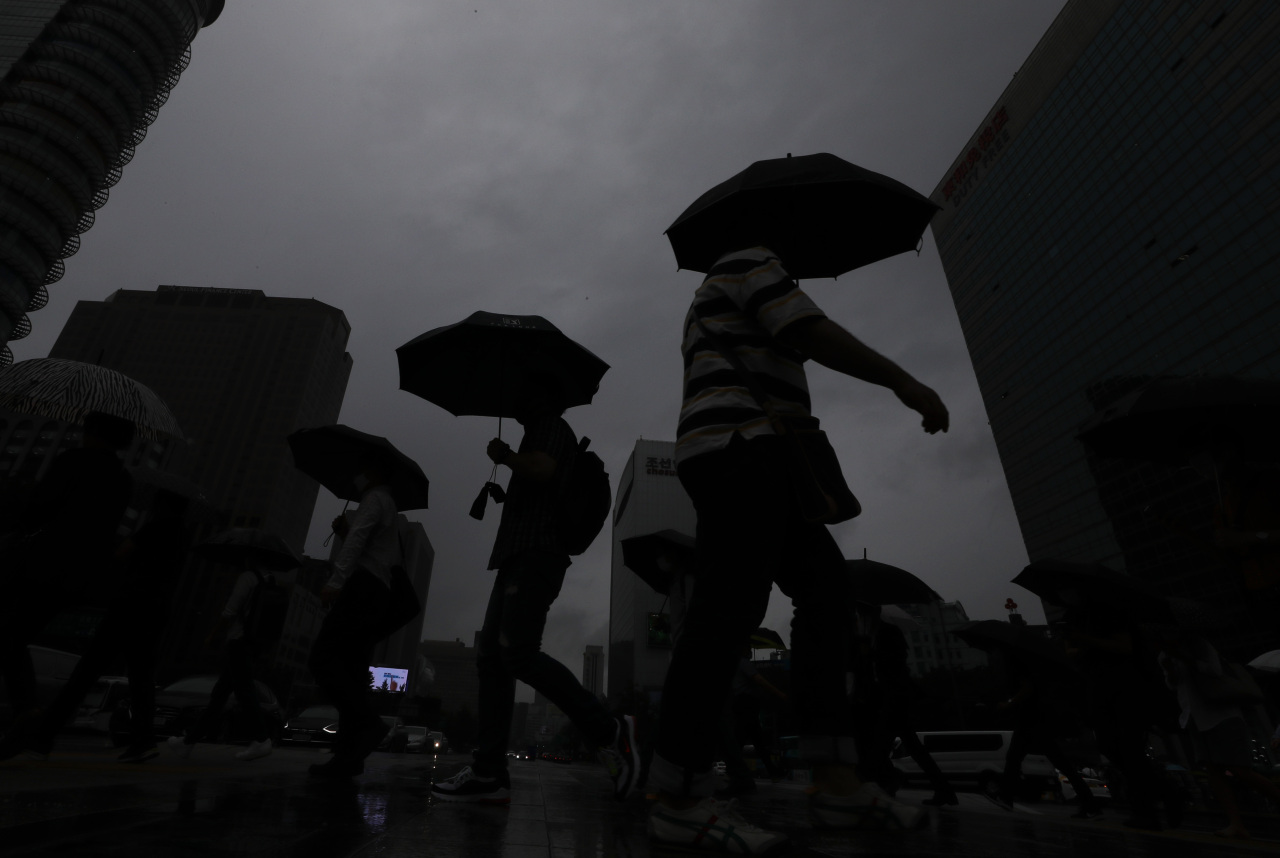 (Yonhap)
A stretch of rainy days is in store for most parts of the country later this week and scorching summer heat will begin in earnest after that, the nation‘s weather agency said Monday.

The Korea Meteorological Administration said another extended period of rain will kick off Friday in Seoul from clouds currently stationed near Jeju Island advancing north. Southern regions will start seeing drizzles and rain showers earlier in the week.

The agency, which has refrained from forecasting the beginning and end of monsoon seasons since 2009, said the end of this year’s monsoon cannot be accurately predicted. Although it appears to have started in Jeju Island on June 10 and spread to other regions on June 24.

Sizzling summer heat will begin in earnest in July and August after the monsoon ends, with the KMA predicting this summer to be one of the hottest in decades.

It expects a greater number of heat wave alerts to be issued than last year, after the country underwent the hottest June on record since data started being collected in 1973.

June’s average high temperature rose to 28 degrees Celsius, 1.5 degrees higher than the average of the past 30 years. The agency attributed the rise to the North Pacific high pressure, which is hot and humid, and the influx of warm southwesterly winds.

Before the monsoon rains start nationwide Friday, the KMA said the dry regions will see daytime temperatures rise to as high as 31 degrees Celsius on Monday and Tuesday.

Jeju Island, the southernmost region of South Korea, will see 60 millimeters of rain between 3 p.m. Monday and 6 p.m. Tuesday.