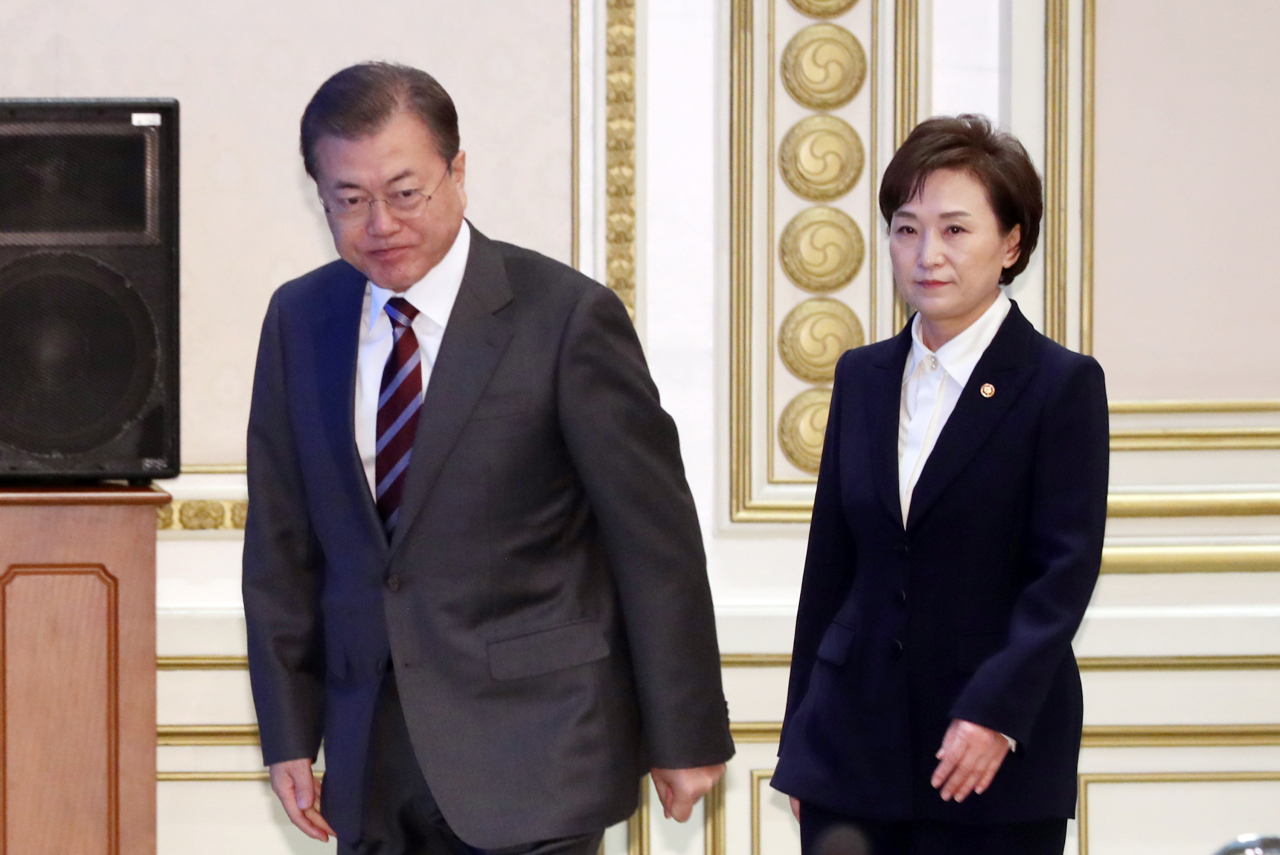 President Moon Jae-in instructed his land minister Thursday to push for ways to raise tax burdens on owners of two or more houses, as he received an emergency report on South Korea's real estate market viewed by many as being overheated.

He called in Kim Hyun-mee, minister of land, infrastructure and transport, for the debriefing, with his government confronted with fierce public criticism over its unsuccessful policies in tackling skyrocketing home prices especially in Seoul and adjacent cities.

Moon told Kim to "strengthen the burden" of those who possess houses apparently for speculative investments, including multi-house owners, according to Cheong Wa Dae spokesman Kang Min-seok.

The president was quoted as pointing out the public consensus on the need to "regulate speculative purchases."

Moon also urged the authorities to increase the supply of houses and ease the tax burden of people who buy houses for the first time, mostly young people and newlywed couples.

He called for policy measures to help such people acquire houses more easily.

The president emphasized the importance of the government's resolve to bring housing prices under control and demanded that it draw up additional policy steps anytime without hesitation, if necessary, Kang said.

The land ministry will soon map out concrete plans in consultation with other relevant government offices to follow up on the president's instructions, he added.

Hours earlier, Cheong Wa Dae announced that it has "strongly advised" its officials with the rank of secretary to sell any additional homes they own and to keep just one.

The presidential chief of staff, Noh Young-min, has already put a house in his hometown Cheongju, North Chungcheong Province, up for sale, a Cheong Wa Dae official told reporters on the condition of anonymity. Noh has an apartment in a wealthy neighborhood in southern Seoul as well.

Last December, the Moon administration announced a set of tough measures aimed at cooling the real estate market, including the introduction of legislation on imposing more taxes on property owners, mainly those with high-priced or multiple apartments largely in the densely populated Seoul capital area.

The bill, however, failed to get approval from the previous parliament amid a protest by the conservative opposition United Future Party.

The government is expected to submit a similar bill again to the current National Assembly, a move to be supported by the ruling Democratic Party with 176 seats in the 300-member chamber. 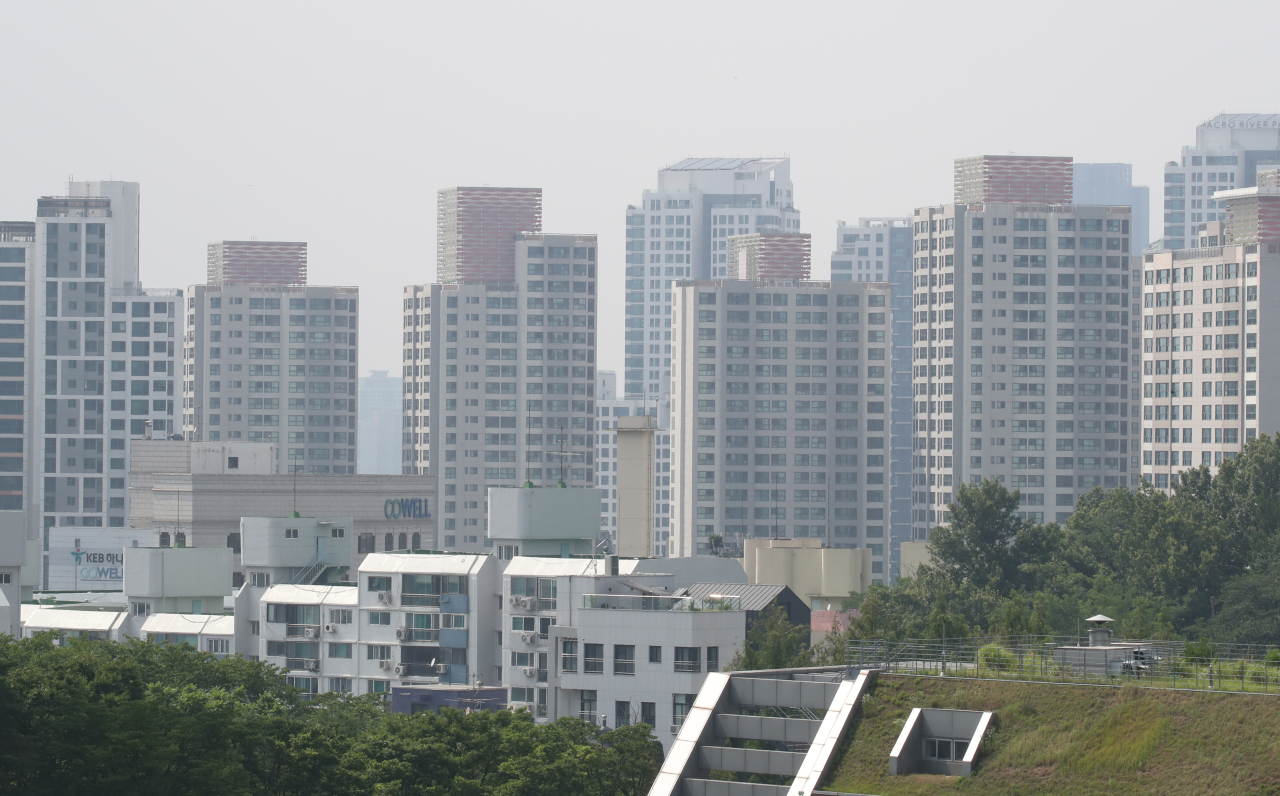 (Yonhap)
Apartment prices have continued to surge mainly in Seoul and nearby Gyeonggi Province in spite of the government's tightening of mortgage restrictions and other frequent policy steps. Most recently, the government rolled out a package of further measures on June 17.

Earlier in the day, a poll result showed that Moon's approval rating has dropped 3.9 percentage points from last week to 49.4 percent. It marked the first time in more than three months that his approval has dipped below 50 percent.

Realmeter pointed to major news reports on such issues as continued hikes in housing prices and the Incheon International Airport Corp.'s plan to grant regular employment status to more than 1,902 contract and part-time security officers working at its facilities in line with the liberal-leaning Moon government's campaign to enhance the job security of irregular workers. Many young job seekers regard the airport's plan as unfair and are worried that it could lead to fewer job opportunities for themselves. (Yonhap)